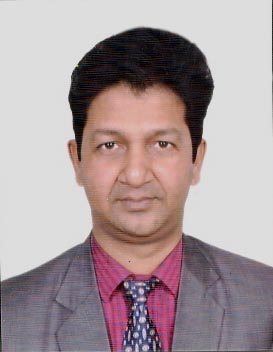 Today, the empowerment of women is augmenting parity with men to boost their confidence level so as to contribute to the development of the country and participate in the political, social and economic life of the country. Legal empowerment of women is the provision of an effective legal structure supporting the empowerment of women whereas, political empowerment concludes to a sound political system augmenting the participation of women in political decision-making process and governance. The corporate has been playing a significant role in empowering women in various ways and means. The actions and policies adopted by companies’ evidence for their contribution to the advancement of women empowerment around the world. Companies emphasise awareness to bring gender equality in the workplace which enables to empower women professionals. The collective efforts of corporate and government will lead to the robust entrepreneurial network of women and will foster economic growth of our country.

IV.Other initiatives:
National Commission for Women
National Commission of women was constituted under the provision of National Commission for Women Act, 1990. It aims to protect women and safeguard their rights.
Reservation for Women in Local Self -Government
The 73rd Constitutional Amendment Acts passed in 1992 by Parliament ensure one-third of the total seats for women in all elected offices in local bodies whether in rural areas or urban areas.
The National Plan of Action for the Girl Child (1991-2000)
The plan of Action is to ensure the survival, protection and development of the girl child and to build better future for the girl child.
National Policy for the Empowerment of Women, 2001
“National Policy for the Empowerment of Women” was prepared by the Department of Women & Child Development in the Ministry of Human Resource Development in the year 2001. The policy was designed to bring development and empowerment of women.
Other Acts which are helpful to support the right of women are the Equal Remuneration Act, 1976, Minimum Wages Act, 1948, and Workmen's compensation Act, 1923
Financing schemes for women:
Microfinance scheme:
Micro Finance schemes came up with the vivid goal of reducing poverty and empowering women. Most of the microfinance institutions (MFIs) prefer women members because the women are more responsible and trustworthy. Microfinance programs like the Self Help Bank Linkage Program, Self Help Group in India have been constructively promoting and empowering women.
Sukanya Samridhi scheme was announced by our respected Prime Minister Narendra Modi on January 22, 2015, as a part of Beti Bachao, Beti Padhao campaign. Sukanya Samridhi Yojna pays the interest of 8.6% per annum and other tax benefits on the fund deposited in an Indian Post Office account or commercial bank account for the girl child. It encourages parents to save for the future of the girl child.
CONCLUSION:
Inadequate safety at the workplace, gender inequality, discordant environment, and dual work load on her shoulder impedes her success in corporate. Hence, corporate and government should take cognizance of the challenges that women face at the workplace. The collective efforts of corporate and government will lead to the robust entrepreneurial network of women and will foster economic growth of our country. The women can be empowered on the grounds of their education, capacity building and skill development, participation development process, the autonomy of work, training, awareness programs, workshops, and finance programs. It will empower India at the global arena starting from the micro level (family level). Empowering women will definitely empower India!
“Yatr naryasto pojyantay, ramantay tatr devta [chapter 3, verse 56 of Manu smriti]-where women are worshipped, God resides there.
References:
http://asiafoundation.org
http://www.indusresearch.org
http://www.erpublications.com
http://www.businesstoday.in
http://weprinciples.org
www.thehindubusinessline.com
http://indiatoday.intoday.in
http://www.businessnewsdaily.com
http://www.nytimes.com
http://indianexpress.com
http://www.indiaonlinepages.com
www.nasscom.in
www.ficci.in

About Author :
CS Mukesh Karna is a fellow member of ICSI, Law Graduate, and Ex Company Secretary and Manager Legal at IEPL (served 10 years). Currently he is in practice since Aug 2015 at Mukesh Karna & Associates

Contact me Click here to view my all Articles Follow User
Previous article Dear Bad Experiences and Failures: Happy Teachers Day to all of you By CS Aarti Jain
Next article Compliance Checklist for Annual General Meeting and Draft Notice of AGM By CS Annu Sharma