As you are aware that “ Arbitration” is an alternate method of dispute resolution. It saves time, money and avoid  lengthy court process. In Arbitration Proceedings parties to the agreement choose arbitrators and decide the place of hearing. In arbitration there is autonomy to the parties and secrecy in proceedings will be maintained and hence it one of the most preferred dispute resolution process adopted all over the world.   Arbitration can only take place if both parties have agreed to it. In the case of future disputes arising under a contract, the parties insert an arbitration clause in the relevant contract. An existing dispute can be referred to arbitration by means of a submission agreement between the parties. In contrast to mediation, a party cannot unilaterally withdraw from arbitration.

Under the WIPO Arbitration Rules, the parties can select a sole arbitrator together. If they choose to have a three-member arbitral tribunal, each party appoints one of the arbitrators; those two persons then agree on the presiding arbitrator. Alternatively, the Center can suggest potential arbitrators with relevant expertise or directly appoint members of the arbitral tribunal. The Center maintains an extensive roster of arbitrators ranging from seasoned dispute-resolution generalists to highly specialized practitioners and experts covering the entire legal and technical spectrum of intellectual property.

WIKIPEDIA: Arbitration is a form of alternative dispute resolution (ADR) that resolves disputes outside the judiciary courts. The dispute will be decided by one or more persons (the 'arbitrators', 'arbiters' or 'arbitral tribunal'), which renders the 'arbitration award'. An arbitration decision or award is legally binding on both sides and enforceable in the courts, unless all parties stipulate that the arbitration process and decision are non-binding.

The Arbitration and Conciliation Act, 1996 (hereinafter 1996 Act or the Act) was enacted, based on the UNCITRAL Model Law on International Commercial Arbitration, 1985. The new Act came into force with a breath of fresh air of an expedited and improved procedure. It also attracted cross border trade and investment after the remarkable shift of global policy in 1991. The Arbitration and Conciliation Act, 1996 consolidated and amended the existing Arbitration Act, 1940, Arbitration (Protocol & Convention) Act, 1937 and the Foreign Awards Act, 1961. Part 1 of the Act dealt with domestic arbitration and enforcement of the domestic award while Part 2 dealt with the enforcement of foreign awards arising from the Geneva Convention and the New York Convention.

The Arbitration and Conciliation (Amendment) Act, 2015 brought sweeping changes to the procedure and entailed a series of strong judicial interpretations. The amendment was essentially founded on the principles to strengthen the arbitral tribunal and minimise the scope of intervention by the court.

A High-Level Committee to Review the Institutionalisation of Arbitration Mechanism in India was constituted on 13th January 2017 and headed by Justice B.N. Srikrishna. In line with the committee’s recommendations, the Arbitration and Conciliation (Amendment) Act, 2019 was passed.

AEBITRATION AGREEMENT- SECTION 7 OF A&C ACT,1996 (1) means an agreement by the parties to submit to arbitration all or certain disputes which have arisen, or which may arise between them in respect of a defined legal relationship , whether contractual or not.

(3) An Arbitration Agreement shall be in writing.

(a) a document signed by the parties.

(b) an exchange of letters, telex, telegrams or other means of telecommunications [including communication through electronic means] which provides a record of the agreement; or

(c ) an exchange of statements of claim and defence in which the existence of the agreement is alleged by one party and not denied by the other party.

PLEASE NOTE THAT: To constitute an arbitration agreement under Section 7(4)(c ) of the Act,1996 what is required is a statement of claim containing a specific allegation about the existence of an arbitration agreement by the applicant and non-denial thereof by the other party. An “ Allegation” is an assertion or declaration about a fact and also refers to the narration of a transaction [ S.N. Prasad Vs. Monnet Finance Ltd. 2020(II)JT;479:2010 SCALE225:2010(7) SC 85].

A separate arbitration agreement can be formed in addition and reference to the operative agreement between the parties.

In M/s Elite Engineering and Construction (HYD.) Private Ltd. v. M/s Techtrans Construction India Private Ltd., the Supreme Court held that a general reference to the incorporation of a separate arbitration clause will not be tenable in law. The reference shall be clear and must indicate the intention of the parties to incorporate.

According to Section 7(b) of the 1996 Act, an arbitration agreement can also be inferred from the exchange of letters, telex, telegrams, or other means of telecommunication, which provide a record of the agreement between the parties. In short, an agreement can be construed from the correspondence of the parties where there is a clear and unequivocal intention to refer the disputes to arbitration.

In Galaxy Infra and Engineering Pvt. Ltd v. Pravin Electricals Pvt. Ltd the Delhi High Court held that the draft agreement exchanged by email between the parties can be construed as a valid arbitration agreement.

In Pravinchandra Murarji Savla v. Meghji Murji Shah, it was held that it is the substance of the agreement and not the form which is of importance.

Also, as per Section Section 7(c) of the 1996 Act and S.N. Prasad v. Monnet Finance Ltd., where a statement of claims or allegations is made and is met with ‘non-denial’ by the other party, the presence of an arbitration agreement can be construed.

LET’S CONSIDER SOME WELL SETTLED PRINCIPLES TO DECIDE WHAT CONSTITUTE AN ARBITRATION AGREEMENT.

For example , where an agreement requires or permits an authority to decide a claim or dispute without hearing , or requires the authority to act in the interests of only one of the parties , or provides that the decision of the authority will not be final and binding on the parties , or that if either party is not satisfied with the decision of the Authority , he may file a civil suit seeking relief, it cannot be termed as an arbitration agreement.

WHETHER AN ARBITRATION AGREEMENT NEEDS TO BE SIGNED.

In Svapn Const. v. IDPL Employees Co-op. Group Housing Society Ltd., it was held that the agreement need not be signed by the parties if it is established by another written contemporaneous document, which is binding between the parties. However, in 2018, the Supreme Court held in M/s Caravel Shipping Services Pvt Ltd v M/s Premier Sea Food Exim Pvt Ltd that an unsigned arbitration agreement is valid as the only prerequisite for a valid arbitration agreement under the 1996 Act is that it must be in writing.

WHETHER AN ARBITRATION AGREEMENT NEEDS TO BE STAMPED

Arbitration Agreement is chargeable under Section 5 of the Indian Stamp Act, 1899. With respect to the 1940 Act, the Calcutta High Court held in Bengal Hire Purchase Corpn v. Harendra Singh that an unstamped arbitration agreement cannot be given effect unless the full stamp duty is duly paid. The courts would first impound the unstamped agreement and send it to the relevant authorities for the payment of stamp duty and penalty (if any). Only after ensuring that the lacuna is cured, the arbitration agreement can be executed. The Supreme Court held the same position with respect to the 1996 Act in Garware Walls Ropes Ltd. v. Coastal Marine Constructions & Engineering Ltd.

WHEN THE ARBITRATION AGREEMENT IS VAGUE

the Calcutta High Court held in State Trading Corporation of India Ltd. v. Owners & Parties Interested in the Vessel M.V. Baltik Confidence, that an application referring to an ambiguous and ambiguous agreement will not be maintained. However, in the judgement of Zhejiang Bonly Elevator Guide Rail Manufacture Co. Ltd. v. M/S Jade Elevator Components, the Supreme Court while dealing with a vague arbitration clause, scrutinized the clause examining the intention of the parties instead of doing away with the agreement itself.

SECTION 8 IN THE ARBITRATION AND CONCILIATION ACT, 1996

(1) A judicial authority before which an action is brought in a matter which is the subject of an arbitration agreement shall, if a party to the  arbitration agreement or any person claiming through or under him, so applies not later than the date when submitting his first statement on the substance of the dispute, then notwithstanding any judgement ,decree or order of the Supreme Court or any court , refer the parties to arbitration unless it finds that prima facie no valid arbitration agreement exits.

(2) The application referred to in sub-section (1) shall not be entertained unless it is accompanied by the original arbitration agreement or a duly certified copy thereof.

Provided that; where the Original Agreement or a Certified Copy thereof is not available with the party applying for reference to arbitration under sub-section(1) , and the said agreement or certified copy is retained by the other party to that agreement , then, the party so applying shall file such application along with a copy of the arbitration agreement and a petition praying the Court to call upon the other party to produce the Original Agreement or its duly certified copy before the court.

(3) Notwithstanding that an application has been made under sub-section (1) and that the issue is pending before the judicial authority, an arbitration may be commenced or continued, and an arbitral award made.

The article presented here is only for sharing information and knowledge with the readers. The views are personal ,should not be considered as professional advice. The article has been prepared on the basis of available data on various forums at the time of preparation. The author has taken all precaution to share true data and details with the readers. In case of necessity do consult with legal advisors for more clarity and understanding of subject matter. 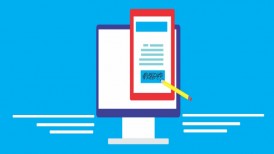 How to use Digital Signature Certificate(DSC) for filing Patents, Designs & Trademarks 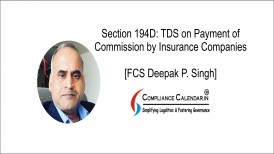 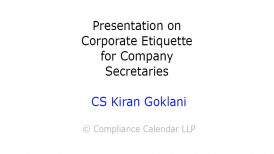 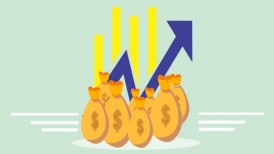 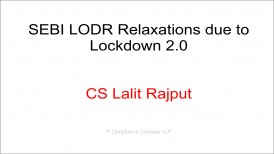 SEBI LODR Relaxations due to Lockdown 2.0 By CS Lalit Rajput 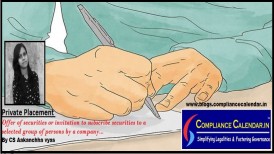 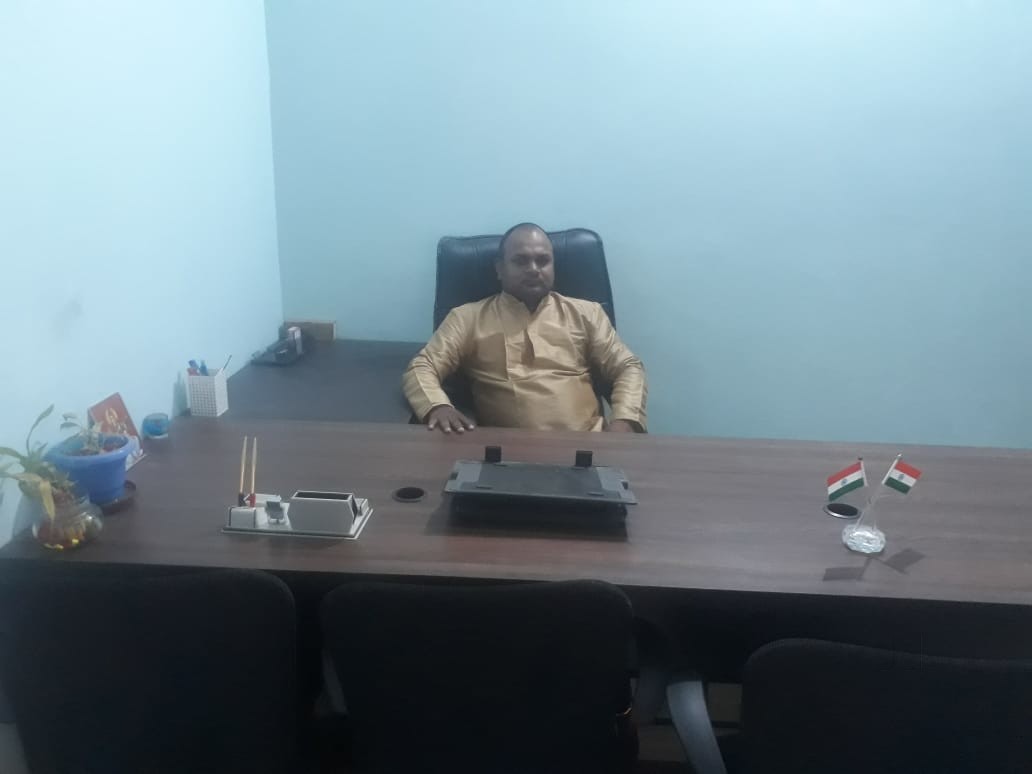