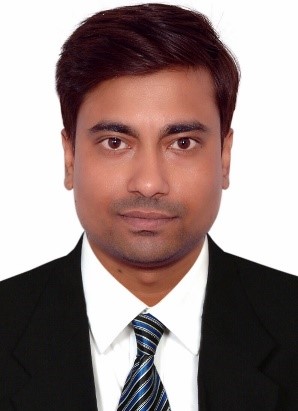 • The Board of every company shall ensure that the company spends, in every financial year, at least 2% of the average net profits of the company made during the three immediately preceding financial years, in pursuance of its CSR.

Provided that the company shall give preference to the local area and areas around it where it operates, for spending the amount earmarked for CSR activities:

Provided further that if the company fails to spend such amount, the Board shall, in its report made under clause (o) of sub-section (3) of section 134, specify the reasons for not spending the amount.
SCHEDULE VII

Activities which may be included by companies in their Corporate Social Responsibility Policies Activities relating to:—

Explanation. - For the purposes of this item, the term `slum area' shall mean any area declared as such by the Central Government or any State Government or any other competent authority under any law for the time being in force.
Treatment on unspent Amount:

According to Frequently Asked Questions (FAQs) with regard to Corporate Social Responsibility under section 135 of the Companies Act, 2013 issued by “Ministry of Corporate Affairs” vide General Circular No. 01/2016 dated 12thJanuary, 2016.

Quarry No 17: Can the unspent amount from out of the minimum required CSRexpenditure be carried forward to the next year?

Explanation: The Board is free to decide whether any unspent amount from out of the minimum required CSR expenditure is to be carried forward to the next year. However, the carried forward amount should be over and above the next year’s CSR allocation equivalent to at least 2% of the average net profit of the company of the immediately preceding three years.
Allowability of CSR expenditure for tax deduction post Union Budget 2014

Extract from the Budget Memorandum

CSR expenditure, being an application of income, is not incurred wholly or exclusively for the purpose of carrying on business… If such expenses are allowed as a tax deduction, this would result in subsidizing of around one-third of such expenses by the Government by way of way of tax expenditure.

It propose to clarify that for the purpose of s. 37(1) any expenditure.. in s. 135 of the Companies Act, 2013 shall not be allowed as a deduction under s. 37. However, the CSR expenditure which is of the nature describe in s. 30 to s. 36 of the Act shall be allowed deduction under those sections.

This amendment will take effect from 1st April 2015.

Thus, the expenditure on CSR activities is non-deductible for tax purpose unless falling within s. 30 to 36 of the Income Tax Act, 1961.
Conclusion:

Now their multiple questions arise what will happen?

1. Can a Company carry forward its unspent amount?

2. What if Company has made a donation/spent through a trust/NGO and claimed deduction u/s 80G of the Income Tax Act, 1961?

3. What if, Company forgot to mention CSR expenses in Directors Report (Assuming Company was not aware with Section 134(3)(o) of the Companies Act, 2013)?

Issue of Certified Copies of Orders and Circulars by Shubham Phule

5954 + People Trust Us
To Get Their Daily CCNewsletter On
Corporate Laws, Taxation and Business Ecosystem