Travel time from Chandigarh to Delhi Airport to be reduced to half from 4 hrs. to 2 hrs.

Union Minister for Road Transport, Highways and MSMEs Shri Nitin Gadkari inaugurating and laying the foundation stones of various Highway projects as part of a new economic corridor in Haryana today thru webcast.

Union Minister for Road Transport, Highways and MSMEs Shri Nitin Gadkari inaugurated and laid the foundation stones of various Highway projects as part of a new economic corridor in Haryana today thru webcast.

Speaking on the occasion, Shri Gadkari said, these projects will benefit people of Haryana in big way by providing smooth connectivity within the State, as well as to other States like Punjab, Rajasthan, Delhi and Uttar Pradesh. The Minister also said that these important projects will decongest big cities reducing travel time. It will take about 2 hrs to reach Delhi Airport from Chandigarh against 4 hrs now.  The projects will also save on time, fuels and cost, as also boost development in backward areas of the State. He said, the Government is committed to progress and prosperity of the country, and Rupees two lakh crore worth of works will be completed in the first two years of this government. He recalled that the Prime Minister has conceived Rs 100 lakh crore worth of infrastructure development towards achieving the five trillion economy. The Minister said, people in the State should consider adopting crops for bio fuels, which has the capacity to improve their all-round life.  This will ensure employment opportunities within the villages, which will also stop mass migration in search of employment. The Minister said, the proposed Delhi-Mumbai Expressway, Trans Haryana Economic Corridor and the Gurugram-Rewari-Ateli-Narnaul are the highways of a new emerging India, which will bring development in all corners of Haryana.

Shri Gadkari requested the Chief Minister to expedite land acquisition for National  Highway Projects in the State.  For this purpose the issues may  soon be discussed and sorted out with the Minister of State for RTH Gen. (Retd) V. K. Singh.

The Minister also called upon Haryana CM to join in the efforts for developing industrial clusters including MSMEs, smart cities and  smart villages as also to develop Khadi  and Village industries alongside the express way projects particularly the new Delhi-Mumbai Expressway.  He assured the Chief Minister  of all  assistances in this regard.  The Minister informed  about  his goal for providing 5 crore jobs through MSMEs in next 5 years and enhancing KVIC  turn over manifold from present level of Rs. 88000 crores per annum.

Haryana Chief Minister Shri Manohar Lal thanked Shri Gadkari for honouring the State’s requests for roads. He said, these projects will have positive impact on both the industry and the business in the State. He attributed the State’s development to its vast road network and transport facilities. The CM informed that 29406-kilometre-long roads were developed/improved in the State during the last five years. Further, budget allocations have been made for construction of ROBs/RUBs at all railway crossings to prevent accidents.

Speaking on the occasion Gen. (Retd.) V.K. Singh  said that implementation of the NH projects will lead to all round development of Haryana.  He requested Haryana CM to consider developing Rwewary bypass project into a ring road of the city of Rewari to help its  decongestion.  NHAI Chairman Shri S S Sandhu informed NHAI with these projects NHAI   is implementing projects work over 37000 crore in Haryna. He requested CM, Haryana to develop  expeditiously and land acquisition for NH projects.

In 2014, total NH length in Haryana was 2050 kilometre, which has now been brought up to 3237 kms. The NH density of 75 km per 1000 sq km is the highest among the major States of the country. Four major corridors are being developed in Haryana, which include two brownfield projects of Jind-Gohana-Sonipat and UP/Haryana Border-Rohna-Jhajjar. The other two are greenfield projects – Ambala-Kotputli 304 km and Gurugram Rewari-Narnaul-Rajasthan Border 132 km. Apart from these, several important projects have been taken up in the Delhi NCR areas around Haryana. These include: the 1350 km Delhi-Mumbai Expressway costing about Rs one lakh crore, the 600 km Delhi-Amritsar-Katra Expressway costing Rs 30,000 crore, the 30 km Dwarka Expressway costing over  Rs 8,000 crore, the 21 km Gurugram-Sohna Road costing Rs 1630 crore, the 28 km Ambala Ring Road, and the 30 km Karnal Ring Road. In addition, other NH projects of 410 km are proposed, which will be awarded by next year.  In the next 2-3 years, 1550 km long Highways and Expressways will be developed at an investment of Rs 60,000 crore. Out of this, about Rs 12,000 crore is being distributed as compensation amount to land holders in Haryana.

Previous article Government would help in creating a conductive ecosystem for manufacturing and exporting electronic items
Next article Atal Innovation Mission teams up with Ministries, Partners to support Startups with COVID-19 Solutions 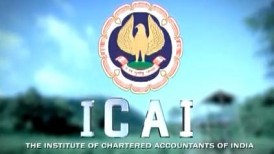 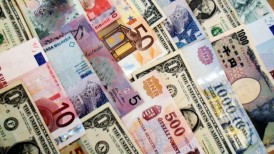 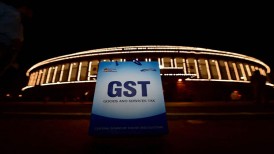 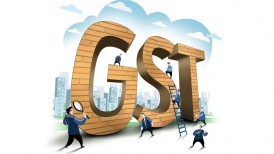 Extension of the due date of filing Revocation application of Cancellation