Yet again, the Hon’ble Supreme Court of India in the case of CCI v. State of Mizoram dated 19.01.2022 has set aside the impugned judgment of the Guwahati High Court that restricted the Competition Commission of India (hereinafter referred to as the CCI) to pursue its investigation. The Apex Court upheld the authority of the CCI and in its order stated that ‘if the tendering process attracts provisions of competition, the CCI cannot be barred from acting upon it’. The case was related to an inquiry by the CCI into allegations of cartelization and bid-rigging in the tender process announced by the State of Mizoram through its functionary, the Director, Institutional Finance and State Lottery (IF&SL), for appointment of lotteries selling agents and distributors in terms of the Mizoram Lotteries (Regulation) Rules, 2011 framed under the Lotteries (Regulation) Act, 1998.

The information was filed by two private companies on 16.05.2012 to the CCI, alleging that four out of the five bids placed in the Expression of Interest (EOI) for appointment of lotteries selling agents/distributors had quoted identical rates. The CCI, forming its prima facia opinion u/s 26(1) of the Competition Act, ordered the Director General (hereinafter referred to as the DG) to investigate the case. The DG in its report found evidence of bid-rigging and cartelization prohibited u/s 3(3) of the Competition Act, 2002. The complaint against the State of Mizoram for abuse of dominance u/s 4 of the Competition Act was dropped as it was noted in the CCI order that ‘the State’ is not covered under the meaning of either ‘an enterprise’ or ‘a group’, and therefore, provision of the Competition Act, 2002 would be inapplicable. Nonetheless, the State under a misconception filed a writ petition before the Guwahati High Court to defend its officers – the Director IF&SL, whose conduct were not favourably commented on in the DG report. The Guwahati High Court, taking cognizance in the matter, ordered for setting aside the DG report on the ground that as the subject of lottery comes under the purview of Res Extra Commercium, the ambit/ jurisdiction of the Competition Act, 2002 would be inapplicable.

The impugned order of the Guwahati High Court was challenged by the CCI before the Hon’ble Supreme Court of India. The Supreme Court, relying upon its judgment in Competition Commission of India v. Bharti Airtel, quashed the order of the Hon’ble Guwahati High Court and noted that ‘any agreement contravening the provisions of the Competition Act, 2002 would necessarily come under the ambit of the CCI’. The Apex court observed that lotteries may be a regulated commodity and may even be res extra commercium, however, that would not take away the aspect of something which is anti-competition in the context of the business related to lotteries.

Further, on the question that whether the business of lottery being res extra commercium comes under the ambit of ‘service’ u/s 2(u) of the Competition Act, 2002, the Supreme Court noted the expansive definition of ‘Service’ which means “service of any description, which is to be available to potential users”. The Court observed that ‘the lottery business can continue to be regulated by the Regulation Act. However, if in the tendering process there is an element of anti-competition which would require investigation by the CCI, that cannot be prevented under the pretext of the lottery business being res extra commercium, more so when the State Government decides to deal in lotteries.”

With aforesaid observations, the Apex Court allowed the continuation of the proceedings before the CCI and noted that the intervention by the High Court was extremely premature which ought to have waited for the CCI’s conclusions. It was noted that even if the contracts in the matter pertaining to cartelization and bid-rigging have ended, the continuation of the CCI proceedings would have a future impact on the market.

Further, it can be noted that due to the challenge of the CCI investigation before the Guwahati High Court, the case was pending for more than 10 years, the Supreme Court also noted in its order that ‘we find that a simple aspect of anti-competitive practices and cartelization has got dragged on for almost ten years in what appears to be a misapplication by the High Court of the interplay of the two Acts, i.e. the Competition Act and the Regulation Act’. With such extensive delays occurring at appellate levels, the development of concrete competition law jurisprudence in India is being delayed. Notwithstanding, the scrutiny of CCI’s orders by NCLAT is a key mechanism to ensure accountability at the CCI and ensure that the CCI remains fair and equitable to the concerned parties and follow the principles of natural justice. However, with most of the anti-trust cases pending at appellate levels in NCLAT and sometimes High Courts too, the Indian anti-trust landscape is still to develop consistency in competition law jurisprudence.

It is interesting to note that due to previously mentioned reasons, the NCLAT has been disallowing condoning delays when parties neglect to take appropriate remedy available before it and instead reach the Constitutional Courts. Of late, in the case of Major Pankaj Rai vs. Competition Commission of India dated 29.05.2020, the NCLAT considered the issue as to whether the delay of 730 days, including 693 days spent by the appellant before the Telangana High Court, in filing a statutory appeal, could be condoned. Deciding the issue, the Hon’ble NCLAT held that ‘the appellant’s conduct in pursuing a remedy before the Constitutional Courts and not filing an appeal before the appropriate Appellate Tribunal cannot constitute a “sufficient cause” for not exercising the statutory right of appeal’, and given the same, the appellant cannot claim that he was prevented by a “sufficient cause” from filing an appeal within the statutory period of limitation. Such observations of NCLAT were later endorsed by the Supreme Court, re-emphasizing to all the concerned parties that the remedy against the CCI orders should only be placed before the appropriate appellate tribunal i.e. the NCLAT following the procedures prescribed under applicable laws.

The article is authored by Devanshu Gupta, Advocate. The views expressed in this piece are not intended for any solicitation of work. Readers are always advisable to take prior legal consultation before proceeding formally.

About Author :
Advocate with the highest standards of ethics and professional integrity. 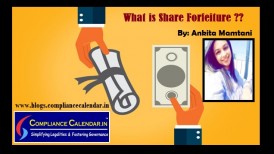 Forfeiture of Shares Under Companies Act, 2013 with various illustrations by Ankita Mamtani 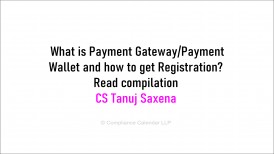 What is Payment Gateway/Payment Wallet and how to get Registration? Read compilation by CS Tanuj Saxena 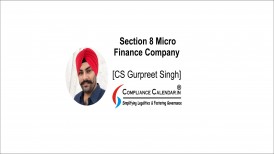 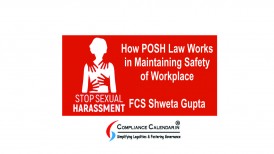 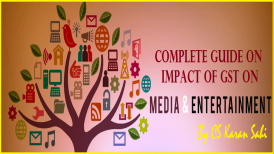 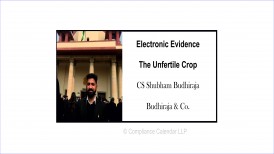