The General Insurance Business Nationalisation (Amendment) Bill, 2021, was passed by the Rajya Sabha on August 11 amid an uproar by the Opposition, which wanted the Bill to be sent to a select committee of the Cabinet.

The legislation allows the Central government to dilute its stake in state-owned general insurers below 51 percent .

The state-owned insurers are

Once the Bill is gazetted and becomes an Act, all the state-owned general insurers can be privatised.

The General Insurance Business (Nationalisation) Act was passed in 1972. This law sought to nationalise all private general insurance companies in India.

GIC was established and

Were made its subsidiaries. In 2002, the Act was amended to transfer control of these subsidiary companies from GIC to the Central government.

GIC only writes reinsurance business and hence is called GIC Re. The other public sector general insurers are independent entities.

In February 2018, a proposal to merge United India, Oriental Insurance and National Insurance was proposed by late finance minister Arun Jaitley in his Budget speech.

Here, the idea was that the three entities would be amalgamated and subsequently listed on the stock exchanges. This meant that an exercise to value the firms could be initiated before a merger.

A capital infusion process was undertaken to spruce up the solvency levels of these entities above 1.5 to ensure adequate interest for a proposed IPO at a later stage.

However, in July 2020, the Union Cabinet, in a meeting chaired by Prime Minister Narendra Modi, called off the proposal to merge the three state-owned general insurers.

If merged, the combined entity would have been the largest general insurance company in India. But the Cabinet said it had decided to ‘cease’ the merger process. This was primarily due to rising underwriting losses impacting solvency, and low profits.

The government has amended the law further to remove the requirement of majority shareholding by the Central government in these five entities. This means that these insurers can be privatised.

There are three major changes that have been approved by both Houses of Parliament.

i) This includes omission of Section 10B of the old Act, to remove the 51 percent government shareholding requirement.

ii) A new section — 24B — has been inserted. It states that the Central government can cease to hold control over a public general insurance company from a given date.

iii)From a governance perspective, the new legislation has also inserted Section 31A, which states that a director who is not a whole-time director will be held responsible for acts of omission and commission by the insurer. This will be for actions that are committed with his knowledge and with his consent.

In Budget 2021, Finance Minister Nirmala Sitharaman had announced that one general insurance company would be privatised in 2021-22. The change in legislation was following this proposal.

Privatisation of state run General Insurance Companies is a good and commendable decision of government. These companies carry huge underwriting losses and infusion of FDI or Finance by government is required. Through privatisation these companies come at par with other private players and their work culture will also improve. We think government patronage is the main cause of loss and working of these companies. 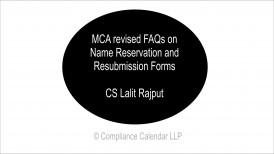 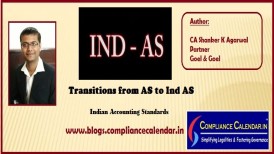 Transitions from AS to Ind AS : Indian Accounting Standards by CA Shanker Agarwal 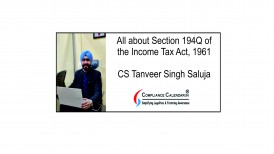 All about Section 194Q of the Income Tax Act, 1961 By CS Tanveer Singh Saluja 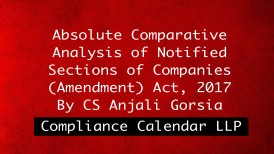 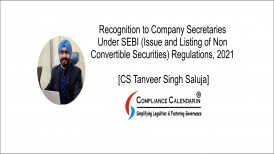 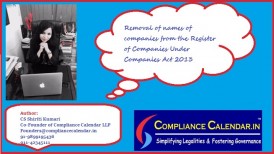