Some landmark judgments on GST By CS Deepak P. Singh

The Goods and Service Tax Act, 2017 (GST) is the most ambitious, stronger and best decision of recent government. Through GST Legislation, we have sub-merge 17 taxation laws into one GST. The concept of One Tax One Nation to some extent fulfilled with the implementation of GST.

The mute matter is that we have find some vary useful and important decision in previous tax era. Whether those Judicial Judgments are applicable or relevant to GST regime or not. The answer to the above question is partially yes and partially no.  The issue that are going to arise in GST may have positive correlation with the issue settled in the past. Hence unless GST law prescribes a specific provision to cover said issue, the judicial pronouncements given under earlier regime may prove useful in the GST regime also.

LET US DISCUSS THE MOST CONTROVERSIAL MATTER OF WORK CONTRACT;

Since “Work Contract” is the most disputable item in the previous tax regime. It a contract, which involves application of material in a particular manner applying specialised skills. Since it involves supply of goods as well as provisions of services, the taxability of the same has been claimed by State and Central Government. The supply / sale of goods is subject matter of State Laws and provision of services falls under Central Laws. The tax has been levied by splitting the work contract under two separate agreements, such as supply of goods and services. But whenever this option is applied it becomes a matter of disputes with Government Authorities.

Let us consider some Judicial Pronouncements on this matter;

State of Madras Vs. Gannon Dunkerley & Company (Madras) Ltd., [1958] 9 STC353(SC); The Apex Court held that, it is possible that the parties might enter into distinct and separate contracts, one for transfer of materials for money consideration and other for payment of remuneration for services and work done. In these cases, there is two separate agreements, even though there is a single instrument embodying them [Para 57].

IMPACT OF THE CASE; Since provisions of Article 366(29A) has not been amended, even after implementation of GST regime and its permits the bifurcation of Works Contract into contract for “Sale of Goods” and “Provision of Services”. It is relevant to be noted the assessee will be eligible to divide the contract even after applicability of GST.

Commissioner Vs. Essar Projects (India) Ltd., 2014(36) STRJ 153(SC); the Apex Court held that, The Appellate tribunal in its impugned order has held that a contract has to be interpreted in a manner from the apparent tenor of the agreement and apparently it has to be accepted as the real state of affairs. The Tribunal further held that both the contract dated 24-08-2007 for supply of equipment’s and construction of works has to be treated as distinct and separate contracts and value of supply contract cannot be added to the value of construction contract for the purpose of Service Tax Liability.

IN SOME CASES, COURT HAD NO ALLOWED SPLITTING OF WORKS CONTRACT;

Commissioner Vs. Daelim Industrial Co. Ltd., 2004 (170) ELTA181(SC); The Appellant Tribunal in its order had held that works contract is not liable to Service Tax under consulting engineer services as the contract cannot be vivisected and part of it (design and detailed engineering, commissioning of the plant) subject to Service tax. The Tribunal further after going the clauses of the contract, had held the contract to be works contract on turnkey basis and not a consultancy contract to be liable to Service Tax under Consulting Engineer Services.

In previous tax regime, the Works Contract is required to be divided into two parts one for “Sale of Goods and other for “Supply of Services. The one part attracts State Act and other part Central Act. Since even after implementation of GST, the question of “Works Contract”, has not simplified. The Judicial Pronouncements of the previous tax regime are relevant in GST regime also.

State of Himanchal Pradesh Vs. Associates Hotels of India Limited, 2015 (330) ELT 3(SC); the Apex Court held that, for levy of VAT, there has to be separate contract or there has to be passing of property in goods. Mere supply of goods in the execution of contract cannot be said as “Sale of Goods”.

WORKS CONTRACT;  Composite Works Contract-Involving contract of work/labour-Distinction from contract for sale of goods-It has almost diminished in the view of Article 366(29A) of the Constitution of India, which by legal fiction makes such contract divisible by separating transfer of property in goods as goods or in some other form from contract of work and labour-Transfer of property in goods is deemed to be Sale of Goods involved in execution of Works Contract by person making transfer and purchase of those goods by person to whom such transfer is made-Hence looking at substance of contract has lost significance[para 92].

BUILDING CONTRACT; It species of Works Contract -in performance of contract for construction of building, goods(chattels) like cement, concrete , steel, bricks ,etc. are intended to be incorporated in structure and even though they lost their identity as goods- hence , it is liable to tax under Article 366(29A) (b) of the Constitution of India[Para101(ii)].

In the case of Kone Elevators India Pvt. Ltd. Vs. State of Tamilnadu 2014(304)EIT161(SC);  the Apex Court held that company had brochures for various types of lifts and order was required to be placed with regard to building – Preparatory work had to be done considering how lift was going to be attached to the building-Nature of these contracts exposit supply of goods/ materials and installation of lift of certain norms, parameters, various technical and other aspects , which require considerable skill and experience -Individually manufactured goods such as lift car, motors , ropes, rails, etc. are components of lift which are eventually installed at site for lift to operate in the building-In constitutional terms , it was transfer either in goods or some other form- After goods were assembled and installed with skill and labour at site, it became permanent fixture of the building-Hence , fundamental characteristic of works contract were satisfied.

CONCLUSION; the Judicial Pronouncements in earlier tax regime on various matters are relevant today also, unless GST regime comes out with specific provisions in the GST ACT, 2017. Since provisions of Article 366(29A) has also not been amended and hence the Works Contract in GST regime will be governed by above Article 366(29A) of the Constitution of India.

The above article is only for the knowledge of the reader. It is advisable to take advise of consultants/ professionals before acting on any part of above article. 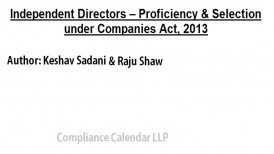 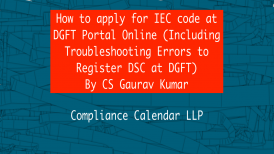 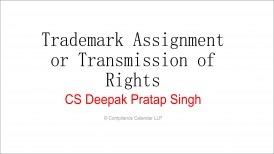 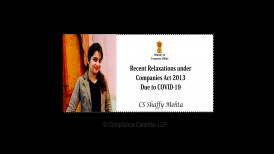 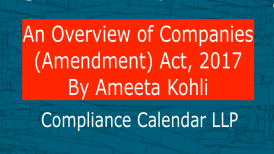 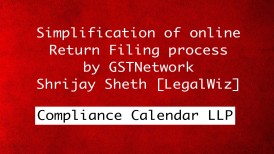