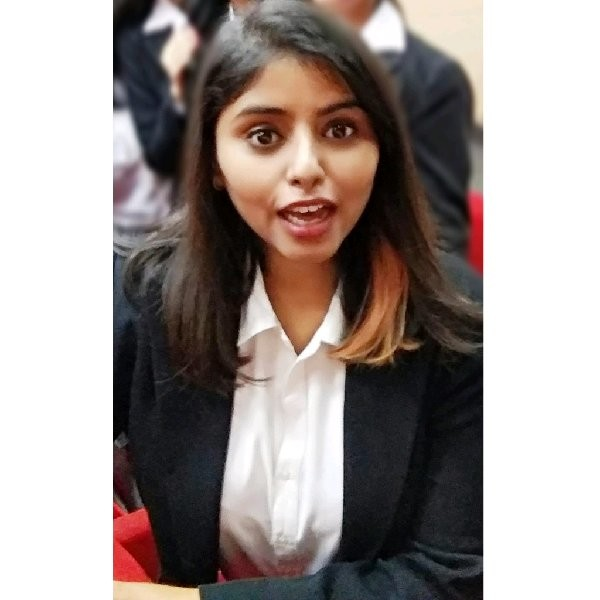 Introduction of the said Rules hasn’t only led to an increment in the Compliances but also highlighted the importance of the term ‘Significant Beneficial owner, i.e. SBO’.

This article will discuss the relevant sections, rules, its implications and the process to ensure the correct Compliance of it. However, before going forward let’s see what all sections and rules are associated with it.

The SBO Rules endeavour to identify the natural person who holds a beneficial interest in a company by laying down the multi-layered criteria for determining who is an SBO in relation to a company. To determine the SBO, an individual must qualify the definition of SBO as stated above and should hold rights or entitlements indirectly in the reporting Company. An individual shall be considered to hold a right or entitlement indirectly in the reporting company, if any of the following criteria, in respect of a member of the reporting company are satisfied:

Constant amendments and various interpretations have made the definition of SBO a slippery-slope to understand. While the theoretical terms used in Acts and Rules are although understandable but when it comes to its applicability in different company’s scenarios, that’s when real challenge kicks in. From a general and a layman point of view, the prime intent is to figure out who is the ultimate owner of any Company and to figure that out first we need to eliminate those holders who are holding only directly in any company. Now, once you eliminate the direct holders, the next step should be to identify only non-individual holders and to then apply the definition of SBO.

However, it’s not that plain and vanilla, so we will check out a few examples on how the definition of SBO will apply in a general shareholding of any company: 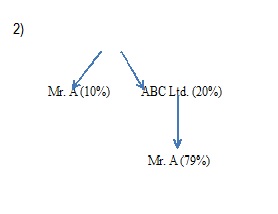 Now, in this scenario, XYZ Ltd. is an organization in which Mr A holds directly 10% and ABC Ltd. holds 20 % of its shareholding and Mr. A also holds 79% (Majority stake) in ABC Ltd. As described in the 2nd SBO Rules, since Mr A has the majority stake in ABC Ltd. which further is a member of XYZ Ltd., Mr A indirectly holds 15.8% in the reporting Company via ABC Ltd. and directly 10%. Therefore total holding will be 25.8%, hence, an SBO.

There can be indefinite situations or Capital structure of any Company but the basis of the determination of SBO will remain the same.

However, in the sub-rule 2A of the 2nd SBO Rules states that “Every reporting company shall take necessary steps to find out if there is any individual who is a significant beneficial owner, as defined in clause (h) of rule 2, in relation to that reporting company, and if so, identify him and cause such individual to make a declaration in Form No. BEN-1.”

The language seems to be tricky in defining the onus of filing BEN-1. Is it the responsibility of the Individual to file BEN-1?

Yes! But having said that in the 2nd SBO Rules, it has been shifted on the shoulders of the organization to get the filing and submission of BEN-1 done from the SBO. Therefore, ultimately it’s the responsibility of the Company itself to ensure the SBOs have submitted duly filed BEN-1.

Once, BEN-1 is signed, the next process comes the filing of BEN-2 in which all the details of the member of the reporting company as well as the SBO details are filled. BEN-2 requires all the general details, nothing rocket science. Once, BEN-1 is done, technically BEN-2 is half done anyway.

Now, the thing to note here is that in most of the Indian companies, majority shareholding is in the control of a family itself. Hence, in many cases, there are common SBOs in different group Companies. Therefore, once you upload the form BEN-2, an SBO ID is generated w.r.t. the particular SBO and if the same Individual is SBO in another group company, you need to first mention the SBO ID in the form itself before uploading.

Post Compliances require maintaining a register by the Company in BEN-3 and if the Company is in the view that a particular Individual is an SBO then it can give notice seeking information in accordance with under sub-section (5) of section 90, in Form No. BEN-4.

While this is not one of the easiest Compliances introduced so far, clearly it encourages transparency in the functioning of the Companies. The intent is to identify those individuals who are hiding behind the curtains of their indirect control without being legally responsible. Also, it has highlighted Section 89 and 90 which has been kept dormant for quite some time in the Act. Although despite the efforts of the Government, the definition of SBO remains complex and needs detailed evaluation for appropriate identification and disclosure.

About Author :
Hey All! I am a B.Com graduate and C.S by profession with around 2 years of working experience which includes working in a Fortune 500 U.S MNC and currently engaged in an India Company in real-estate

Transitional Issues in GST on Textiles By CA Rajeev Sharma

5238 + People Trust Us
To Get Their Daily CCNewsletter On
Corporate Laws, Taxation and Business Ecosystem