Senior Citizens: Rights and Remedy From Legal Point of View By Awanish Srivastava 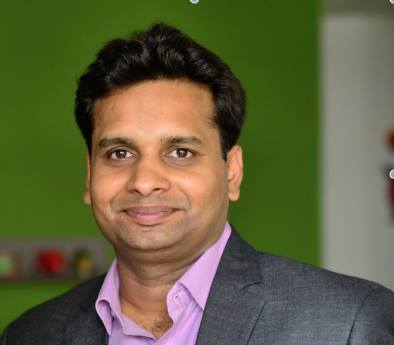 Articles, Knowledge, Motivation, Lawyers, Company Secretary,
The Maintenance and Welfare of Parents and Senior Citizens Act[1] was enacted in 2007, majorly to ensure that senior citizens (Citizens who are 60 years or older)[2] and elderly parents (Can also be non-citizens)[3] receive maintenance and support when they cannot fend for themselves out of their own income. It was enacted by the Ministry of Social Justice and Empowerment for the purpose of providing quick and effective remedies to the elderly who have, on numerous instances, and still, are being robbed of their possessions by their own children. They are subjected to various injustices, are often left marginalized and in various situations are left with no source of income to live ‘a normal life’.

In India, where the elderly population, as per the 2011 census, grew by almost 36%[4], while the general population grew by only 18%[5], the need for such an act becomes clear. Further, with the popularity of the Nuclear family system, the elderly, many-a-times are forced to live alone, with their families completely neglecting their health and well-being. Population aging is a cause for concern for policy drafters all over the world.

The Act provides for setting up of special Maintenance Tribunals by the States. An aggrieved ‘Parent’[6] can decide to file for maintenance either under Section 125, Code of Criminal Procedure (CrPC), 1973 or under this Act, but not both. The Tribunals were set up specifically for the purpose of providing remedies to the elderly and hence are much more effective and efficient in doing so, than the procedure mentioned under Section 125 of CrPC. Therefore, in a situation that a person has already filed for maintenance under Section 125, he can file a request for withdrawal of such application and then apply with the Maintenance Tribunal.

Who can claim Maintenance under the Act and against Whom?[7]

The only condition for making an application under the Act is that the affected party must be in a situation wherein he “is unable to maintain himself from his own earnings or out of the property owned by him”. With respect to this any person who

can apply for maintenance under the Act.

Such Maintenance can be claimed:

How much maintenance can be claimed?

The amount of maintenance that can be claimed under this Act should be such that it allows the elderly to lead a normal life but such an amount cannot exceed Rupees ten thousand per month.[9]

Advantages/Benefits provided to the Elderly through the Act

Benefits which the Act provided:

Procedure for Application to the Maintenance Tribunal

An application for maintenance under this Act can be made by, a senior citizen or parent; or if they are incapable then by any other person or organization authorized by him.[19] Such an application must be filed before the tribunal in a district where the affected elderly resides or has last resided or where the person, against whom the maintenance claim is made, resides.[20] The maintenance tribunal, if it feels, can take cognizance of any case suo moto.[21]

While filing such maintenance proceedings, no legal practitioners are allowed to argue on behalf of the parties, but if necessary, parents or senior citizens can use State appointed maintenance officers to present their case.[22]

Powers of the Tribunal

If any application for monthly maintenance is pending before the tribunal, it can issue an order for interim monthly maintenance, till the application is adjudicated and decided upon by it.[36] An application filed under the Act, has to be processed and decided upon by the maintenance tribunal within 90 days, but it has the power to extend such time period by 30 days, under “exceptional circumstances” and justification for such extension has to be recorded in writing.[37] After passing of an order of maintenance by the tribunal, it, on application within 3 months from when the maintenance became due, if there is a default in such payment of maintenance, can issue a warrant for such payment or can even sentence such defaulter to prison for up to a month or until payment is made, whichever is sooner.[38]

The maintenance tribunals, under the act, have the power of a Judicial Magistrate of First Class as provided under the Code of Criminal Procedure, 1973 (Cr.P.C.) for ensuring attendance of the children or relatives.[39] It can even conduct the proceedings ex parte if it feels that the children or relatives have been avoiding or neglecting the summons of the tribunal on purpose.[40]

The Tribunal has to be presided by an officer not below the rank of Sub-divisional Officer of a State[41] and it shall have all the powers of a Civil Court for the purpose of taking evidence, summoning of a witness, compelling discovery and production of documents and for such other purposes as may be prescribed.[42] It shall be considered to be a Civil Court for the purposes of Section 195 and Chapter XXVI of the Cr.P.C., 1973.[43] Tribunal has the powers to alter or cancel the maintenance amount under certain conditions as mention in Section 10 of the Act. The Appellate tribunal as formed under the Act, has to be presided over by an officer not below the rank of a District Magistrate.[44]

With respect to matters relating the provisions of the Act, only the Maintenance and Appellate tribunal as formed under the Act have jurisdiction, a Civil Court doesn’t.[45] The powers of the tribunal are subject to any rules or provisions made by the respective states.[46]

It has been generally presumed that Family is supposed to take care of the needs of the elderly, but the trend in India, with a shift to nuclear families, more and more elderly people are being left alone and abandoned with sometimes no means whatsoever to look after themselves. According to a study[47], in India, out of the people living in urban areas, every sixth older person does not get proper food, every third old person does not get proper medicine or health care during their old age and every second old person is not treated properly or with respect by the family members.[48] If the elderly are treated in such a manner then a law like the Maintenance & Welfare of Senior Citizens and Parents Act becomes extremely important and relevant.

About Author :
Awanish is an active member of ICSI, the Bar Council of Delhi, Supreme Court, Delhi High Court Bar Association and He is Management Committee in ICSI. He was also member of Training & Educational.

Form GSTR-9: Know all about the Latest Update on the Form By CS Annu Sharma

5158 + People Trust Us
To Get Their Daily CCNewsletter On
Corporate Laws, Taxation and Business Ecosystem