A business may gets its funding either from the owner’s equity or borrowed capital. When funds are borrowed from outside India from specified foreign sources it is called External Commercial Borrowings(ECB). It is an additional source of fund with lower rate of interest than domestic market and may be denominated in foreign currency or Rupee. For the past few years there have been increasing trends of raising the required capital from ECBs due to limitation in the Indian Debt Market in the form of Short Maturity Period and High rate of Interest.

The money raised through ECB is cheaper given near zero interest rates in the US and Europe, Indian companies can repay their existing expensive oats from that, subject to conditions and End-use restrictions.

The Department of Economic Affairs , Ministry of Finance , Government of India  together with RBI monitors and regulate ECB Guidelines and Policies. ECB and Trade Credits availed of by residents are governed by Section 6(2)(d) of the FEMA,1999 read with Notification No. FEMA 3/2000-RB viz FEM( Borrowing or Lending in Foreign Exchange) Regulations, 2000 dated 3rd May,2000 as amended from time to time and generally referred as “ ECB Regulations.

The RBI after  consultation with  the Department of Economic Affairs , Ministry of Finance , Government of India  has came out with concept of Rupee Denominated Bonds , generally known as “ MASALA BONDS” in overseas market. These bonds are utilised as a tool by eligible Indian entities to raise funds from overseas.

As you are aware that under Existing Policy, Indian Body Corporates are permitted to avail overseas foreign currency denominated debt under Automatic Route up to certain limits. However the extant policy is very stringent  and levy lot of restrictions such as the eligibility of borrowers, the end use restrictions, all in cost ,etc. An Indian Body Corporate can borrow money from outside Indian by complying External Commercial Borrowings norms through Automatic as well as Approval Routes.

The RBI through A.P.( DIR Series) Circular No. 17 dated 29th September,2015 brought significant changes in ECB Policy by allowing the issue of Rupee Denominated Bonds overseas. The RBI has put least restriction than ECB norms on Rupee Denominated Bonds. These bonds are issued to overseas investors and payable in Indian Rupee at the time of maturity.

‘MASALA BONDS’:  the foreign investors have named Indian Rupee Denominated Bonds as “ MASALA BONDS”, since they think that Indian are fond of spices( Masala) and Indian curry is quite a hit in the west.

It was not due to a whim or loyalty to one’s country that led to such a colourful christening for the local currency bonds. Masala Bonds , if they take off, can be quite a significant plus for thee Indian Economy. They are issued to foreign investors and settled in US dollars. Hence the currency risks lies with the investor and not the Indian company issuing Masala Bonds. In case of ECB, an Indian entity borrowed funds in foreign currency and they have to repay the same in foreign currency and hence the risk of foreign exchange fluctuation is high in case of ECB. Indian entity is required to make arrangement for foreign exchange fluctuation risk through hedging. In case of ECB the rate of interest is much lower than Masala Bonds ,but cost of raising ECB is much more higher than issue of Masala Bonds.

i. Eligible Borrower- the borrowers which can issue Rupee Denominated Bonds overseas have been considerably enhanced vis a vis the extent ECB Policy. In the Masala Bonds , all body corporates, real estate investment trusts  and infrastructure investment trusts can issue Rupee Denominated Bonds overseas and hence have acces to much larger investor base. The entities like LLPs which could not rise debt through ECB can now opt for the Rupee Bonds.


iii. Maturity- to make Rupee Bonds more attractive and in order to align with the maturity prescription regarding foreign investment in corporate bonds through Foreign Portfolio Investment (FPI) route, the RBI reduced the minimum maturity period of such bonds that an Indian company can issue offshore to three years from previous five years.

vi. END-use- the end use restriction have been substantially relaxed no end-use restrictions except for a negative list . The proceeds can be used for all purposes except the following;

vii. Type of Instrument- The Rupee Bonds can either be privately placed or it can be listed as well ( unlike NCD which needs to be listed on Stock Exchange) . The likely objectives is to facilitate increased trading of the Rupee Denominated Debt Instruments, further unlike the considerable onerous compliances( such as continuous disclosures and credit ratings ,etc.) to be followed by the entities issued NCDs and compliances to be done by the entities issuing Rupee Bonds are less than above compliances.

viii. Conversion Rate- the foreign currency -Rupee Conversion will be at the Market rate on the date of settlement for the purpose of transactions undertaken for issue and servicing of bonds.

ix. Hedging – the overseas investors will be eligible to hedge their exposure in Rupee through permitted derivative products with AD Category -I banks in India. The investor can also access the domestic market through branches/subsidiaries of India banks abroad or branches of foreign bank with India presence on a back-to back basis.

x. Leverage- the leverage ratio fr borrowing by Financial Institutions will be as per prudential norms , if any ,prescribed by the sectoral regulator concerned.

xi. Reporting - All other provisions of extant ECB Guidelines regarding reporting requirements ( including obtaining Loan Registration Number -LRN), parking of bond proceeds, security/guarantee for the borrowings, conversion into equity , corporates under investigation etc., will be applicable for borrowing through issuance of Rupee Denominated Bonds.

Borrowings issuing Rupee Denominated Bonds overseas should incorporate Clause in the agreement/offer document so as to enable them to obtain the list of Primary Bond holders and provide the same to the regulatory authorities in India as and when required. The agreement/offer document should also state that the bonds can only be sold/transferred/offered as security overseas subject to compliance with aforesaid IOSCO/FATF jurisdictional requirements.

CONCLUSION: Masala Bonds are a good instrument and idea of raising funds to shield Balance sheets from exchange rate risks. But on the other hand due to fluctuation in rupee against US dollar may lead to some risk on borrowing entities. Since maturity proceeds of theses bonds are payable in Indian Rupee and hence the expenses of hedging is on the investor and not the entity. These bonds and less regulated than the ECBs and cost of raising funds through Rupee Bonds are less than ECB and hence they are beneficial to the Indian entities for their capital requirements.

DISCLAIMER;  above write up is an attempt to share information and knowledge with our readers. The view expressed here are the personal views of the author and same should not be considered as a professional advice. It is advisable to consult with your tax consultant before acting on any part of this article. 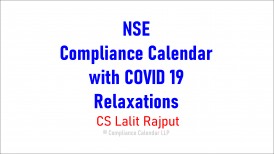 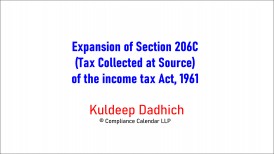 Expansion of Section 206C (Tax Collected at Source) of the income tax Act, 1961By Kuldeep Dadhich 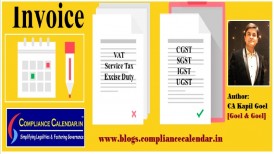 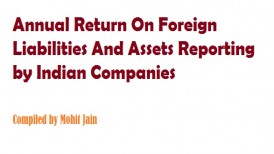 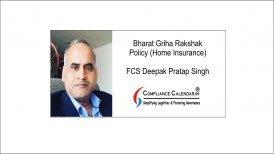 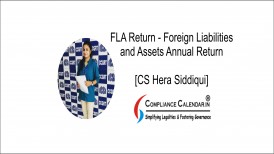