The concept of Key Managerial Personnel (KMP) has been first recognized by the Companies Act, 2013.

Section 2(51) of the Act states that KMP in relation to a Company means:

Now let us understand how does the Act actually define the above designations held by any person with their respective roles.

It stipulates that a “managing director” means a director who, by virtue of the articles of a company or an agreement with the company or a resolution passed in its general meeting, or by its Board of Directors, is entrusted with substantial powers of management of the affairs of the company and includes a director occupying the position of managing director, by whatever name called.

It means a director of the whole-time employment of the company.
3. MANAGER [Section 2(53)]

An individual who, subject to the superintendence, control and direction of the Board of Directors, has the management of the whole, or substantially the whole, of the affairs of a company, and includes a director or any other person occupying the position of a manager, by whatever name called, whether under a contract of service or not.

Any officer of the Company who has been designated as such by it:

Section 197: Maximum ceiling of payment of managerial remuneration by a public company

This section prescribes the maximum limit for a public company for the payment of remuneration to its managing director or whole-time director or manager which shall not exceed 11% of the net profits of the Company in that financial year.

The net profits are computed in accordance with section 198 of the Act. Further, the Company may authorise by a special resolution (earlier it was in a general meeting, with the approval of Central Government), the payment of managerial remuneration exceeding 11% of the net profits, but subject to provisions of Schedule V which is elaborated further.

No remuneration shall be payable to anyone managing director or whole time director or manager in excess of 5 % of the net profits of the company and if there is more than one such director, the same shall not exceed 10% of the net profits of the Company to all such directors and managers taken together.
REMUNERATION PAYABLE TO DIRECTORS WHO ARE NEITHER MANAGING DIRECTOR NOR WHOLE TIME, DIRECTORS

The company shall not pay remuneration to the directors who are neither managing director nor whole time director in excess of:

except with the approval of the Company in general meeting
The above computation of above percentage shall exclude any fees payable to directors for attending the meetings of board/committees or for such other purposes as the Board may decide.
REMUNERATION TO DIRECTORS IN OTHER CAPACITY [Section 197 (4)]:
The amount of remuneration which is payable to directors including managing director or whole time director or manager shall include the remuneration payable to him for any other services rendered by him in any other capacity, but not the following:
SITTING FEES TO DIRECTORS FOR ATTENDING THE MEETINGS [Section 197 (5)]:

Board may decide to give remuneration by way of a fee to the director for attending the meetings of Board/ Committee or for any other purpose. But, such amount shall not exceed the amount as may be prescribed.
The Central Government has prescribed an amount of maximum Rs. 1 Lac per meeting of Board/ Committee as sitting fee to be payable to a director. Further, the Board may decide different sitting fees payable to the independent director and non-independent director other than whole time directors.

Section 197 (6) of the Act prescribes that the remuneration can be paid to a Director or manager either by way of:

Section 197(7) of the Act prescribes that an independent director may receive remuneration by way of fees or reimbursement of expenses for participation in meetings or commission as may be approved by the Board, but he shall not be entitled to any stock option.

REMUNERATION BY A COMPANY HAVING NO PROFIT OR INADEQUATE PROFIT:

In case of no profit or inadequate profit earned by the Company, the remuneration shall not be payable to directors including the managing director or whole-time director or manager exclusive of any fees except in accordance with the provisions of Schedule V.

If it is not able to comply with the Schedule V, then with the prior approval of Central Government shall be obtained.

Where in any financial year during the currency of tenure of a managerial person, a company has no profits or its profits are inadequate, it, may, without Central Government approval, pay remuneration to the managerial person not exceeding the higher of the limits under (A) and (B) below:

The above limits in both the cases shall be doubled, if a special resolution is passed by the shareholders of the Company.

Note: Provisions of Section 196(4) & (5) which talks about the Appointment of Managing Director, Whole-time director or Manager are not applicable to a private company vide notification dated 5th June 2015, therefore the remuneration and terms and conditions of appointment of a Managing Director (MD), Whole-time Director (WTD) or Manager of a private Company need not be subject to the provisions of Section 197, Schedule V and approval of members in their general meeting.

As per the Companies (Amendment) Act, 2017, section 197(9) states that If any director draws or receives, directly or indirectly, by way of remuneration any such sums in excess of the limit prescribed by this section or without approval required under this section, he shall refund such sums to the company, within two years or such lesser period as may be allowed by the company, and until such sum is refunded, hold it in trust for the company.

Contact me Click here to view my all Articles Follow User
Previous article The Official Gazette Notifications Issued in July, 2018 Companies Act, 2013 By ACS Prem Munjal
Next article Download the Format of Annual Report of LLP in Word File By Vishal Swaika 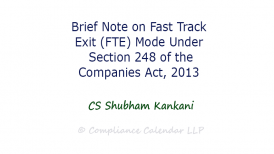 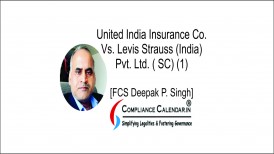 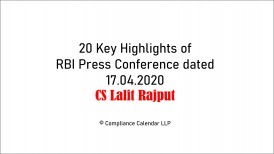 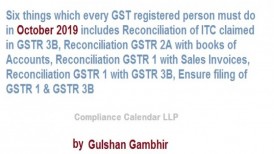 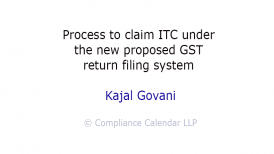 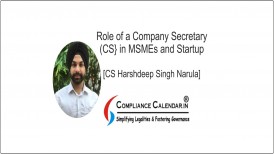