In this Article, I am putting up about "Return regarding number of layers in Form CRL-1" Under (clause (i) of sub-rule (4)of Rule 2)

(1) These rules may be called the Companies (Restriction on number of layers) Rules, 2017.

FOLLOWING ARE THE TWO SECTIONS WHICH DEAL WITH RESTRICTION ON LAYERS OF COMPANIES:

Section 186 (1) [Loan and investment by company]: a company shall unless otherwise prescribed, make investment through not more than two layers of investment companies.

This rule provides the details regarding restriction on number of layers for certain classes of holding companies.

Every company, other than a company referred to in sub-rule (2)*, existing on or before the commencement of these rules, which has number of layers of subsidiaries in excess of the layers specified in sub-rule (1) –

*EXEMPTION TO THIS RULE: [OTHER THAN A COMPANY REFERRED TO IN SUB-RULE (2)*]

Note: There is no restriction on a company from acquiring a company incorporated outside India with subsidiaries beyond two layers as per the laws of that respective country.

CRL-1 e-form is likely to be deployed shortly for filing purposes on MCA. Once
made available, the form can be downloaded and filed without the additional fee up to 19th March 2018. 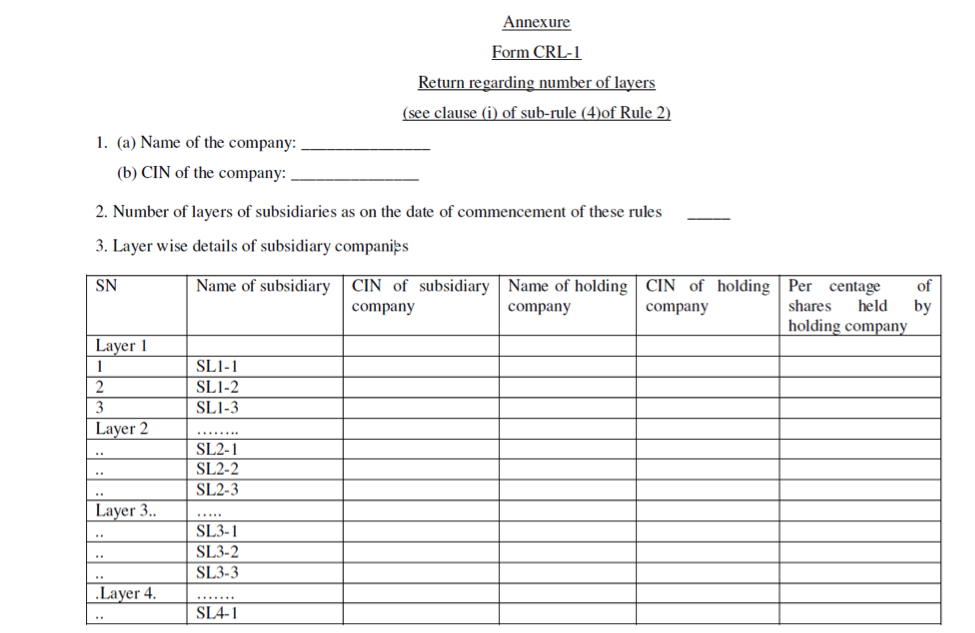 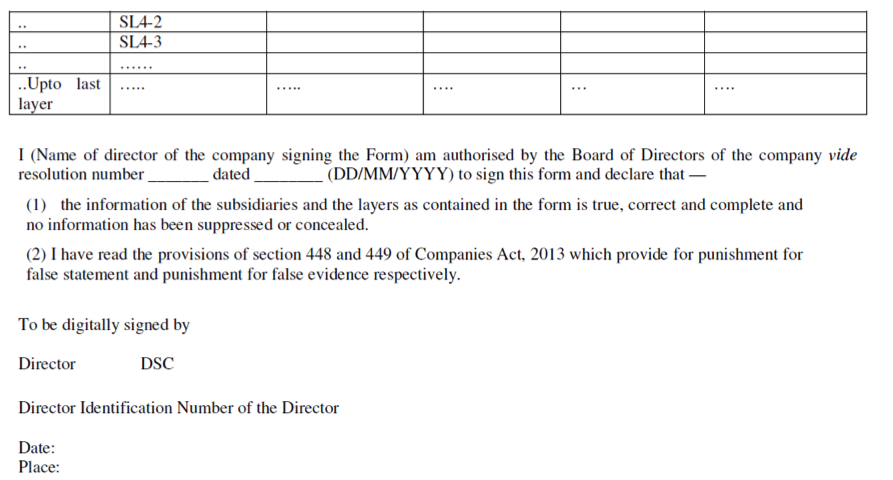 Contact me Click here to view my all Articles Follow User
Previous article Companies Amendment Act, 2017 – Simplified For You By CS Rahul Harsh
Next article Filing Petition/Application Under Section 252(1) or Section 252 (3) of the Companies Act, 2013 before NCLT By Praveen Singh

Procedure to LLP Incorporation and Annual Compliance By Shreya Maheshwari

Corporatization of Businesses – Need of the Hour By CS Dhaval Gusani