As you know that Insurance Company falls under definition of Financial Institutions and it is treated as custodian of money of policyholders. An insurance company collects premium as consideration for providing financial assistance to the insured at the time of happening of insured perils.

A substantial portion of the assets of an insurance company is created out of its liabilities, liabilities that are to be discharged at some future uncertain dates. In case of General insurance not only the timing of payment is uncertain but also the quantum of payment. This entails the onerous task of asset liability matching for the Non-Life insurers. The liabilities have to be estimated as accurately as possible and provided for to avoid a rude shock at a future unforeseeable date.

It is utmost important for an insurance company to be viable for a long time and to serve its policyholders better to maintain various types of reserves. These reserves are of various types and covering different types of liabilities to be aroused in future.

The funds allocated in theses reserves will be investment according to the regulations of IRDAI to earn maximum returns.

Insurance is an unusual industry in that a majority of its cost are both delayed and uncertain and it is critical ,therefore, that all insurers estimate the future liabilities as possible and put aside available funds with them to meet them in future, wherever they incur.

In some cases of large claims ,it is not easy to reserve exact amount to meet future expenses , but prevention is better than cure and hence the Actuarial Team of insurer will estimate the amount of funds to e set aside to meet large claim.

The creation of reserves is very important for the solvency of the company and in many cases poor reserving will to insolvency even closure of the company by the Regulator( IRDAI).

It means that to keep back or save for future use, disposal or treatment etc., and to retain or secure by express stipulation.

INVESTOPEDIA; A claims reserve is a reserve of money that is set aside by an insurance company in order to pay policyholders who have filed or are expected to file legitimate claims on their policies. Insurers use the fund to pay out incurred claims that have yet to be settled.

Non-Life insurers are concerned with the provision for mainly two kinds of liabilities, which are unique to their business, namely:

The ascertaining liability of a non-life insurer is not an easy task. A lot of process and procedures are involved. The data from various sources will be considered by the actuarial department to come out with appropriate future liabilities and afterword allocating. Funds of the company towards those liabilities.

In this article  an attempt has been made to study the adequacy of the reserves being provided by the Non-Life Insurance companies in the area of claims reserves as well as reserves for unexpired risks.

There are mainly two regulations that govern the reserving of Non-Life Insurer’s liabilities, namely;

We look at the provisions of these two regulations for each type of reserve.

A. RESERVE FOR UNEXPIRED RISKS:

Schedule II B of the Solvency Margin regulations (Valuation of Liabilities) provides:

“Reserve for Unexpired risks, shall be, in respect of:

of the premium, net of reinsurance, received or receivable during the preceding twelve months”

Schedule B, Part I of the IRDA (Authority (Preparation of Financial Statements and Auditor’s Report of Insurance Companies) Regulations, 2002 stipulates:

“A reserve for Unexpired risks shall be created as the amount representing that part of the premium written which is attributable to, and to be allocated to the succeeding accounting periods and shall not be less than as required under section 64V(1) (ii) (b) of the Insurance Act, 1938”.

It further defines Premium Deficiency as

“Premium Deficiency shall be recognised if the sum of expected claim costs, related expenses and maintenance costs exceed related reserve for unexpired risks.”

B. RESERVES FOR UNPAID CLAIMS

“Reserve for outstanding claims shall be determined in the following manner:

Reserve for claims incurred but not reported (IBNR) shall be determined using actuarial principles. In such determination, the appointed actuary shall follow the Guidance Notes issued by Actuarial Society of India, with the concurrence of the Authority, and any direction issued by the Authority, in this behalf”

Schedule B, Part I of the IRDA (Authority (Preparation of Financial Statements and Auditor’s Report of Insurance Companies) Regulations, 2002 stipulates:

“A liability for outstanding claims shall be brought to account in respect of both direct business and inward reinsurance business. The liability shall include:

which will result in future cash/asset outgo for settling liabilities against those claims. The accounting estimate shall also include claims cost adjusted for the estimated salvage value if there is sufficient degree of certainty of its realisation.”

The regulations also mandate an actuarial valuation of claims made in respect of contracts where the claims payment period exceeds four years.

This is a reserve that is no longer commonly used. If an insurer wrote premiums during a year which is retrospect, are considered to be inadequate because of ,say a soft market( in which insurer has not right to say, and competition is strong , the bargaining power is with the customers ,the rates of premium are low for attracting and retaining business) a reserve may be setup  for shortfall.this is called Unexpired Risk Reserve.

There may be some claims due to some reasons , which have not been reported. These claimed are incurred claims. But not reported.

This is one of the main problem areas for general insurers. T is relatively easy to make a reasonable assessment of claims that have been reported. At the very minimum ,  an insurer can apply an average cost for the class of business for any claim arising. The next difficulty arise when the insurer has to speculates what might happen in future.

The IBNR, which is the abbreviated form of incurred but not reported reserves (IBNR), are the reserves for claims that become due with the occurrence of the events covered under the insurance policy, but have not been reported yet.

The IBNER, which is the abbreviated form for incurred but not enough reported reserves, are the claim applications made wherein the losses have been reported but not adequately.

Suppose for a given period, occurrence of any event insured under an insurance contract leads to claims becoming due for the company. They may or may not go reported in the same period. Insurance companies have provisions for these claims in the form of reserves such as the IBNR or IBNER reserves.

These reserves are also kept for situations where the existing reserves may prove insufficient for the claims that have been understated.

Since  insurance business is unpredictable business and insurer is accepting risks of insured against a small premium. In case of happening of insured peril, the risk of payment to the insured is much more than premium accepted. So it is necessary to allocated funds with the insurer on the basis of assessment of claims in future. The optimum reserving will save the insurer against unforeseen events such as catastrophes and other natural calamities. A proper estimation and investment of allocated funds towards reserves will be beneficial for survival and long run of an insurer. 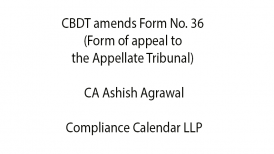 CBDT amends Form No. 36 (Form of appeal to the Appellate Tribunal) By CA Ashish Agrawal 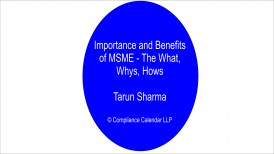 Importance and Benefits of MSME - The What, Whys, Hows By Tarun Sharma 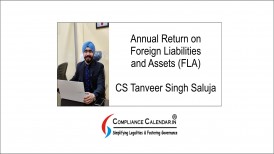 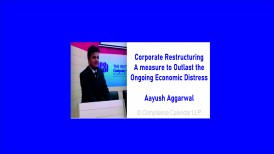 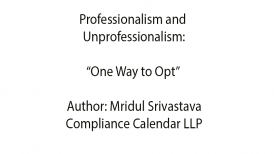 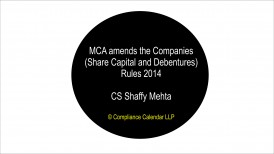