Procedure of Incorporation of Nidhi Company Under Companies Act, 2013 By CS Mohit Saluja 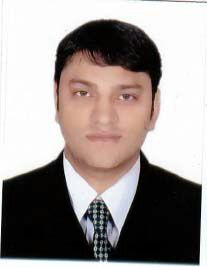 The Dictionary Meaning of Nidhi in Indian Context

“In the Indian context/language means “TREASURE”. However, in the Indian financial sector, it refers to any mutual benefit society notified by the Central / Union Government as a Nidhi Company.

Nidhi Companies are created mainly for cultivating the habit of thrift and savings amongst its members.”
Nidhi Company” means a company which has been incorporated with the object of

– Cultivating the habit of thrift and savings amongst its members, and
– Receiving deposits from, and lending to, its members only, for their mutual benefit.
The Companies Act, 2013 has given due recognition to Nidhi Companies by treating them as a special class of companies. An entire Chapter, namely Chapter XXVI has been devoted to Nidhi Companies and relevant Rules also notified for them.

Section 406 of the Act defines a Nidhi to mean “a Company which has been incorporated as a Nidhi with the object of cultivating the habit of thrift and savings among its members, receiving deposits from, and lending to, its members only, for their mutual benefit, and which complies with such rules as are prescribed by the Central Government for regulations of such class of Companies.

Apart from the rules which were specially notified in relation to Nidhi Companies, all other provisions of the Act applied to them in the same way as to any other company. Hence a need was there to grant certain reliefs to these special class of companies.
EXISTENCE OF NIDHI COMPANIES
Nidhi Companies are much popular in South India and are highly localized single office institutions. Those are mutual benefit societies because their dealings are restricted only to the members and membership is limited to individuals only. The principal source of funds is the contribution from the members. The loans are given to the members at relatively reasonable rates for purposes such as house construction or repairs and are generally secured. The deposits mobilized by Nidhi’s are not much when compared to the organized banking sector.
However, with the increasing restrictions of RESERVE BANK OF INDIA on NBFC Companies, the promoters have started moving towards incorporating the Nidhi Companies these days which have given a boom to the Nidhi Companies.

Relation with Reserve Bank of India: Since Nidhi’s come under one class of NBFCs, RBI is empowered to issue directions to them in matters relating to their deposit acceptance activities. However, in recognition of the fact that these Nidhi’s deal with their shareholder/ members only, RBI has exempted the notified Nidhi’s from the core provisions of the RBI Act and other directions applicable to NBFCs. As on date (February 2013), RBI does not have any specified regulatory framework for Nidhi’s.
APPLICABILITY
The Central Government made ‘Nidhi Rules, 2014’ for the purpose of carrying out the objectives of ‘Nidhi’ companies. Which are given under the Chapter XXVI of Companies Rules, 2014. These rules shall be applicable to-
MAIN REQUIREMENTS FOR INCORPORATING A NIDHI COMPANY
MANDATORY REQUIREMENT TO BE DONE AFTER INCORPORATION OF NIDHI COMPANIES
Every Nidhi shall, within a period of one year from the commencement of these rules, ensure that it has—
Where: ‘Net owned funds’ means the aggregate of paid-up equity share capital and free reserved as reduced by the accumulated and intangible assets appearing in the last audited balance sheet; AND Ratio of net owned funds to deposit shall be not more than 1:20;
ACCEPTANCE OF DEPOSITS
CONDITIONS WHILE ISSUING OF LOAN TO MEMBERS
LOCKER FACILITY
Nidhi’s which have adhered to all the provisions of these rules may provide locker facilities on rent to its members subject to the rental income from such facilities not exceeding 20% twenty per cent of the gross income of the Nidhi at any point of time during a financial year.
GENERAL RESTRICTION IMPOSED UNDER RULE 6 OF CHAPTER XXVI THE ACT
No Nidhi Company shall-
A minor shall not be admitted as a member of Nidhi. However, But deposits may be accepted in the name of a minor if they are made by the natural or legal guardian who is a member of Nidhi.
OPENING OF BRANCHES
FILING OF RETURNS WITH CONCERNED REGISTRAR OF COMPANIES

PENALTY
If a company contravenes any of the provisions of the rules the company and every officer of the company who is in default shall be punishable with fine which may extend to Rs.5,000/- and where the contravention is a continuing one, with a further fine which may extend to Rs.500/- for every day after the first during which the contravention continues.
EXEMPTIONS AVAILABLE TO NIDHI COMPANIES
The Ministry of Corporate Affairs has by way of notifications dated 5th June, 2015, released the most anticipated exemptions for Nidhi Companies which has ease the business of Nidhi Companies and the companies and their promoters are being exempted from complying with huge compliances under the act, the circular regarding which can be viewed at

The core point which has been derived from this article drawn is that now the Companies Act 2013 has given the utmost importance to the Nidhi Companies also and has eased the procedure of incorporation which has brought the interest of promoters towards incorporating the Nidhi Companies instead of incorporating and working under huge NBFC Companies which require following of a no. of RBI Compliances too. With a small funding, a normal businessman can also now start Nidhi Companies and enjoy the business of Financing without following the RBI compliances but restricted to Companies Act Compliances. However, the Companies Act compliances also put a no. of restrictions which need to be followed otherwise these companies are always in eyes of Regulators to penalize and wind up as huge no. of investor and public is involved in such companies. 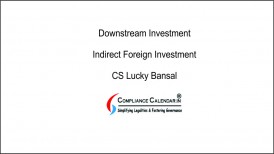 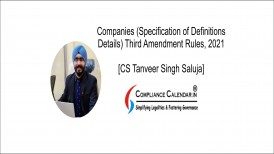 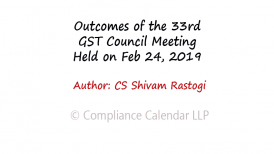 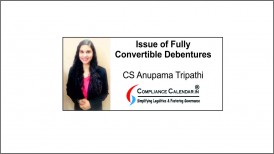 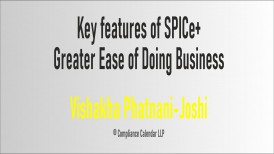 All About New MCA Filing Form SPICe+ (SPICe Plus) for Company Registration By Adv. Vishakha Phatnani-Joshi 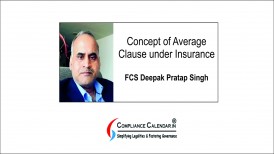