Before we jump into the meaning of winding up, provisions made related to winding up and the modes of winding up let’s discussion why a company has to reach at a point wherein it prefers winding up of the business rather than continuing it, in this regard the question arises why and when a corporate collapses?

So, it may occur due to inadequate capital, fraudulent business practices, management inexperience and incompetence, failure to respond to change, recession, obsolescence and excessive gearing etc.

Simplified explanation of winding up of a company is defined as a process by which the life of a Company is brought to an end and its property administered for the benefits of its members and creditors.

Pursuant to section 2(94A) Winding up means winding up under this Act or Liquidation under the Insolvency and Bankruptcy Code, 2016, as applicable

Modes of winding up pursuant to Section 270

↓
Insolvency is when an Individual, corporation or other organization cannot meet its financial obligations for paying their debts. It is a situation where the debtor is unable to meet his/her obligations.

Technically, Bankruptcy occurs when a court has determined Insolvency and given legal orders for it to be resolved, it is a determination of Insolvency made by a court of law with resulting legal orders intended to resolve the insolvency. It is a legal scheme in which an insolvent debtor seeks relief.

Process of compulsory winding up by the Tribunal (NCLT)

Who can present the petition to the Tribunal for the winding up of a Company under section 272 of Companies Act, 2013?

A copy of the petition made under this section shall also be field with the Registrar and the Registrar shall, without prejudice to any other provisions, submit his views to the Tribunal within sixty days of receipt of such petition.

Who cannot present a winding up petition? Following are some of the important case laws in this regard

About Author :
Working to Learn and Make my budding-career flourish. 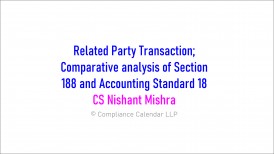 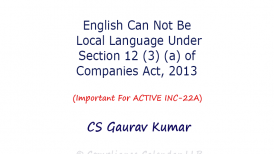 English Can Not Be Local Language Under Section 12(3)(a) of Companies Act, 2013 [Important For Filing ACTIVE INC-22A] By CS Gaurav Kumar 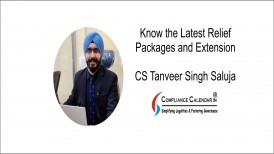 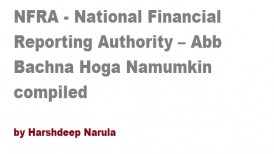 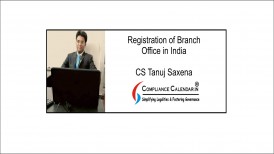 Registration of Branch Office in India By CS Tanuj Saxena 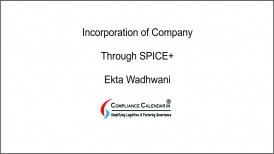 Incorporation of Company through SPICE+ By Ekta Wadhwani