Section 233 of the Companies Act, 2013 read with rule 25 of the Companies (Compromises, Arrangements, and Amalgamations) Rules, 2016 deals with the fast track mergers which require approval from shareholders, ROC, Official Liquidators, creditors and Regional Director.

Companies which can enter into the fast track merger scheme are:

Section 2(85) of the Companies Act considers a company as small if:

The procedure of merger under fast track merger scheme:

A Board Meetings must be convened to pass the following resolutions:

After obtaining the approval of Board of Directors, both the Companies shall file the draft scheme of merger or amalgamation with the Registrar of Companies, where the registered office the respective Companies are situated, Official Liquidator and persons affected by the scheme and the objections or suggestions, as the case may be shall be sent by the ROC, OL and persons effected within 30 days of the date of notice.

Each Company involved in the Merger shall file their respective declaration of solvency in Form CAA-10 with the ROC in Form GNL-2.

The scheme shall be approved by the members or class of members, as the case may be holding at least 90% of the total no of shares. Further, both the Companies shall consider the objections and suggestions received from the ROC & OL in their respective general meetings.

The notice of such general meetings shall be given before at least 21 clear days along with the following documents:

Alternatively, instead of convening the meetings, written approval of the creditors forming majority representing 9/10th of the value of creditors/class of creditors may be considered of the respective Companies

The scheme shall be approved by the majority representing the nine-tenths in value of creditors or class of creditors of respective Companies.

The notice of such general meetings shall be given before at least 21 clear days along with the following documents:

Alternatively, instead of convening the meetings, written approval of the creditors forming majority representing 9/10th of the value of creditors/class of creditors may be considered of the respective Companies

A copy of the scheme and a report on the result has to be filed with the Regional Director of each meeting.

Further, a copy of the scheme along with Form CAA. 11 shall also be filed with the ROC in GNL-1 and OL through hand delivery or registered post or speed post within 7 days of the conclusion of meetings.

Contact me Click here to view my all Articles Follow User
Previous article GST on Agent and its categories Commission Agent,Carry and Forwarding Agent , Pure Agent by CA Lavina Vidhani
Next article Restriction in availing of input tax credit in terms of sub-rule (4) of rule 36 of CGST Rules, 2017 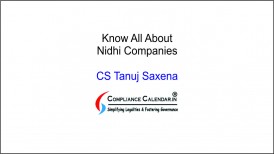 Know All About Nidhi Companies By CS Tanuj Saxena 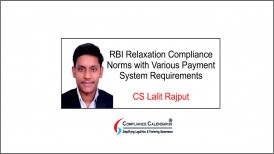 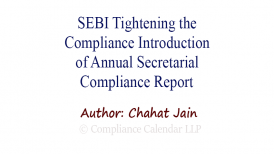 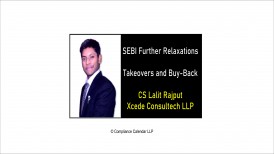 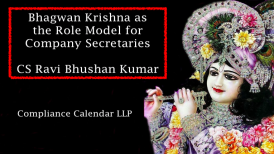 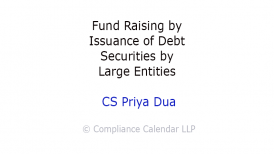