Companies Act 2013, ROC, Corporate Law, MCA, ICSI, NCLT-NCLAT, Articles,
Introduction:
Section 230 of the Act deals with compromise or arrangements proposed between a company and its creditors or members.
Section 231 of the Act deals with the powers of the National Company Law Tribunal (the ‘Tribunal’) to enforce compromise or arrangement.
Section 232 of the Act deals with the compromise or arrangements proposed for the purpose of, or in connection with, a scheme for the reconstruction of the company or companies involving merger or amalgamation of any two or more companies.
The above-mentioned sections are read along with the Rules.
In this procedural write-up, we shall be discussing Section 230 and Section 232 in detail.
The judicial authorities involved in the process:- The Tribunal herein referred as the ‘Tribunal’ or the ‘NCLT’.
A brief structure of the overall procedure within the ambit of sections 230, 232 and Rules under the Act has been depicted below in the order of occurrence:
1. Filing of Company Application:

3. Order of the Tribunal:

to all the creditors, members and debenture holders of the Company in Form No. CAA 2 and to the statutory regulators whichever applicable in Form No. CAA-3 like the Central Government (Regional Director), Income Tax authorities, The Reserve Bank of India if the Company is a Non-Banking Financial Company (NBFC), to the Securities and Exchange Board of India (SEBI) & Stock Exchanges if the Company is a listed entity, etc.
Note: Where Notice of the meeting is issued u/s 232 it shall also contain the additional details prescribed u/s 232(2).
5. Service of Notice to the Tribunal:

Provided that objections can be made within one month only by:
7. Conducting the meeting:

8. Report of the meeting:
A report on the proceedings of the meeting conducted shall be submitted to the NCLT by the Chairperson in Form CAA-4 within three days of conducting the meeting.
9. Filing of Company Petition:
Within seven days of the filing of the report by the Chairperson, a Petition in Form No. CAA-5 shall be presented to the Tribunal for sanction of the Scheme of Compromise or Arrangement.
10. Advertisement before the hearing in newspapers:
The Tribunal shall fix a date for the hearing and the same shall be published in Form No. NCLT- 3A in the same newspapers in which the notice of the meeting was advertised, or in such other newspaper as the Tribunal may direct, not less than ten days before the date of hearing.
11. First hearing of Company Petition:
The hearing shall be held with the Tribunal, where the Tribunal checks whether the directions given in the previous orders have been complied. Thereafter the Tribunal may issue such additional directions (as required) to be complied with before the next or final hearing, as the case may be.
[These directions basically include complying with the orders of the first hearing of the Company Petition and obtaining NOC from all the statutory authorities to whom the notice has been served before the final date of hearing where the Scheme is sanctioned or dismissed.]
12. Subsequent or final hearing:

Provided that no compromise or arrangement shall be sanctioned by the Tribunal unless a certificate by the Company’s Auditor has been filed with the Tribunal to the effect that the accounting treatment, if any proposed in the Scheme is in conformity with the accounting standards prescribed under section 133 of the Act.
13. Filing of Order with the Registrar of Companies:

Note: Until the completion of the Scheme under section 232, every Company under section 232 shall file a statement in Form No. CAA-8 within two hundred and ten days from the end of the Financial Year indicating that the Scheme had complied with the order of the NCLT and the same shall be duly certified by a practising CA/CS/CMA.
List of all the Forms mentioned in the write-up:-
Notes:
I. Documents required under Rule 3:
(i) a notice of admission in Form No. NCLT-2 (appended in the National Company Law Tribunal Rules, 2016);
(ii) an affidavit in Form No, NCLT-6 (appended in the National Company Law Tribunal Rules, 2016);
(iii) a copy of scheme of compromise or arrangement, which should include disclosures as per sub-section (2) of section 230 of the Act.
II. Disclosures under section 230(2) of the Act:
The company or any other person, by whom an application is made under subsection (1), shall disclose to the Tribunal by affidavit—
a. all material facts relating to the company, such as the latest financial position of the company, the latest auditor’s report on the accounts of the company and the pendency of any investigation or proceedings against the company;

b. reduction of share capital of the company, if any, included in the compromise
or arrangement;

c. any scheme of corporate debt restructuring consented to by not less than seventy-five per cent. of the secured creditors in value, including—

III. Upon hearing the application under sub-section ( I) of section 231 of the Act, the Tribunal shall, unless it thinks fit for any reason to dismiss the application, give such directions as it may think necessary in of the following matters:-

Contact me Click here to view my all Articles Follow User
Previous article Possible Solution to Directors After Expiry of the CODS Scheme, 2018 By CS Shweta Gupta | Founder MUDS
Next article Anti-Profiteering in GST and Audit Control By CMA S Vaitheeswaran 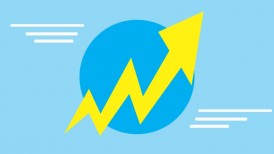 Highlights of the Companies Amendment Bill, 2017 By CS Aakanchha Vyas

5409 + People Trust Us
To Get Their Daily CCNewsletter On
Corporate Laws, Taxation and Business Ecosystem