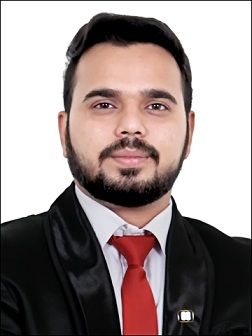 The Ministry of corporates affairs on January 22, 2019, prescribed certain amendments by notification Inserted in the Companies (Acceptance of Deposits) Amendment Rules, 2019.
In rule 16(A), after sub-rule (2), the following sub-rule shall be inserted, namely:-

"(3) Every company other than Government company shall file a onetime return of outstanding receipt of money or loan by a company but not considered as deposits, in terms of clause (c) of sub-rule 1 of rule 2 from the 01st April, 2014 to the date of publication of this notification in the Official Gazette, as specified in Form DPT-3 within ninety days from the date of said publication of this notification along with fee as provided in the Companies (Registration Offices and Fees) Rules, 2014."
POINTS HIT THROUGH AMENDMENT

COMPANIES COVERED UNDER THE AMENDMENT

There is an ambiguity that which Companies have to file a one-time return. As per the amendment, all Companies other than the Government Company whether (Private, Public, OPC, Small, Listed, Unlisted e.t.c.) shall file a Onetime return of outstanding receipt of money or loan by a company other than the deposits.

IS NBFC and Banking Companies Covered under the Provision?

If the provisions in regard to same are not applicable to NBFC and Banking companies than amended rule shall also not applicable to them.
TRANSACTIONS OTHER THAN DEPOSITS IN TERMS OF CLAUSE (C) OF SUB-RULE 1 OF RULE 2.

As per amendment in Rule 16A, Company has to report outstanding receipt of money or loan by a company but not considered as deposits, in terms of clause (c) of sub-rule 1 of rule 2 from April 1, 2014 to the date of publication of this notification in the Official Gazette i.e. January 22, 2019 as specified in Form DPT-3. Suppose, if Company had a transaction of the loan and such loan is not outstanding on as on January 22, 2019 than there is no need to report in DPT-3. This reporting is applicable for outstanding amounts only.

Is reporting to be made in Current E-form DPT-3 available on MCA portal?

The form available on the MCA portal was last updated on August 19, 2018, and that is not updated as per said notification. Therefore for reporting we should wait for the updated version of E-form DPT-3.
TIME PERIOD OF REPORTING

As per the amendment, E- form DPT-3 needs to be filed within 90 days from the date of publication of said notification i.e. January 22, 2019, along with the fee.

Due date of filing of e-form DPT-3 is 22nd April, 2019. AsE-form should be filed within 90 days of publication of these rules.

Ministrywantsto keep an eye on the financial transactions of the Companies which Ministry werenot able to track otherwise, as the routing of transactions between Companies and siphoning of funds. But in notification intention is not mentioned and clear. As per current affairs and frauds upcoming now a days, Government need to track all transactions or routing of money.
CONSEQUENCES FOR NON REPORTING

As the amendment is notified under the chapter of Deposits, the concerned consequences are provided under Section 76A and Rule 21. Section 76A provides fines on the company as well as on the officers of the Company for accepting deposits in contravention of the prescribed manner or conditions in the Chapter and the Rules. Further, in the case of officers, the offence is non- compoundable as it involves fine and imprisonment both.
The Section provides the following:
Sec 76A (a): On the company: A fine of minimum 1Cr. rupees or twice the amount of deposit so accepted, whichever is lower but which may extend to ten crore rupees; and
Sec 76B (b): Every officer of the Company who is in default shall be punishable with imprisonment upto seven years and with a fine of not less than 25 lakh rupees which may extend to 2 crore rupees.
Provided that if it is proved that the officer of the company who is in default, has contravened such provisions knowingly or wilfully with the intention to deceive the company or its shareholders or depositors or creditors or tax authorities, he shall be liable for action under section 447

ROC to take action against Companies who have not appointed Company Secretary u/s 203 of Companies Act, 2013 By CS Gaurav Kumar