Decision: Madras High Court in Greenwood (Greenwood Owners Association v. UOI), the RWAs are required to pay GST only on the differential amount collected from the member where the charges exceed Rs. 7,500.

After Decision: Resident Welfare Associations  collecting monthly maintenance amount above Rs 7500 per member would be able to save Rs 1350 per member per month, which hitherto was paid towards GST. Consequently, this will bring down the monthly bill of all the members of such RWA or Housing Societies.

Before High Court Order:  The Government has exempted all those RWAs/ Housing Societies in which single member monthly collection is less than  Rs. 7,500/- per month. If suppose in any month maintenance charges exceeds.   Rs. 7,500/- for each member then GST will be payable on whole amount including threshold limit. Let’s specify Mr. A is a member of a RWA and his monthly as well as all members of RWA monthly maintenance charge is Rs. 9,500/- p.m. ,in this case before High Court Order the GST will be payable on whole amount i.e. on Rs. 9,500/- i.e. GST amount will be @18% on Rs. 9,500/- i.e. Rs. 1,710/- per month.

The order has emphasised the word ‘up to an amount of Rs.7,500 which can only be interpreted to state that any contribution in excess of the same would be liable to tax. It means  that the term ‘upto’ connotes an upper limit. It is interchangeable with the term ‘till’ and means that any amount till the ceiling of Rs.7,500 would be exempt for the purposes of GST.

As regards the argument concerning slab rate, a slab is a measure of determining tax liability. The prescription of a slab connotes that income upto that slab would stand outside the purview of tax on exigible to a lower rate of tax and income above that slab would be treated differently.

DEPARTMENT AND THE AUTHORITY FOR ADVANCE RULING had taken the view that in case of maintenance charges being higher than Rs 7500, GST will be payable on the total amount including Rs 7500. However, the Madras high court in its judgment has rejected that stand and clarified that monthly contribution only in excess of Rs 7500 is taxable and not the entire amount.

In housing complexes, a welfare association collects maintenance charges from the residents, generally on the basis of an amount per square foot. The costs of the complexes such as housekeeping, security are incurred from there.

It should be remembered that the decision overturns 2019 circular issued by the Central Board of Indirect Taxes and Customs, which said exemption shall be granted only if the charges are limited to 7500 per month and that full amount will be taxed beyond that.

In a notification dated July 22, 2019, the ministry of finance had said that if RWA members contribute less than 7500 a month each, the said RWA is exempt from paying GST, irrespective of the annual turnover.

The Madras High Court has quashed the circular issued by The GST Authorities and held that the term ‘upto’ connotes an upper limit. It is interchangeable with the term ‘till’ and means that any amount till the ceiling of Rs 7500 would be exempt for the purposes of GST.

The question now before the Associations is whether to follow the Judgement of the Madras High Court and stop charging GST or to keep charging GST on the entire amount if the charge per member per month is more than Rs 7500.

In this regard, it is to be noted that Madras High Court’s judgment will be binding on the taxpayers of the corresponding state. In case taxpayers in other states want a similar relief it is better to challenge the GST circular in their own jurisdictional high court.

Further, there is every chance that the government may file a petition before the Supreme Court challenging the high court’s order. Also, the law may see a retrospective amendment, which has already happened in a similar matter challenging the charge of taxes on the concept of mutuality.

Hence, until the  Supreme Court decides as such, we would advise the taxpayers to tread with caution.

Since this judgment has nationwide significant revenue implications, it would be interesting to see if the government challenges this decision in the higher forum or, accepts the same by issuing a circular clarifying the final legal position to be adopted by field formations in all jurisdictions.

Though judgment of Madras High Court brought clarification and big relief to the RWAs/Housing Societies all over India and Government has also not challenged the order in Supreme Court, in this case the decision of Madras High Court will be applicable to state of Tamilnadu only and if RWAs/Housing Societies of other states want to clarification then they have to file writs in their respective High Courts or wait till thighs get clarified by the apex court of India.

The above write up is only for information and knowledge of readers. The write has been prepared on the basis of material available at he time of preparation and utmost care has been taken. It is advisable to take professional advise and above will not be considered as advise of the author. 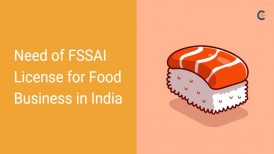 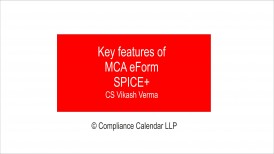 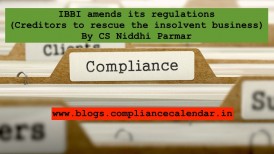 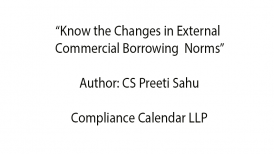 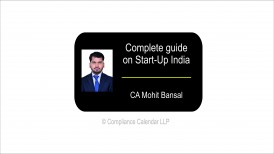 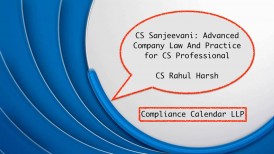