The Covid-19 pandemic was an unexpected tragedy if not disaster to the entire world including Republic of India. India as mixed economy has socialistic as well as capitalistic obligations to ensure the balance between un-equals. The role of state as welfare state was duly tested and people have had legitimate expectations of waiver and relief from the Govt. concern. On same line, the GOI through its ministers issued various relief and one of them were Loan moratorium. In the present case, SSI/ MSME have prayed that court must issue directions because the existing relief was not sufficient and they have also contended that compound Interest/ penal interest cannot be charged when loan moratorium is availed. The court refused to issue any directions by holding that judicial review is very limited in policy matter and court cannot substitute the wisdom of experts. However, the court directed the policy of chagrining the penal interest as arbitrary and struck it off. The court also held that allowing complete waiver of Interest have far fetching impact on economy and every Individual right in a welfare state is subject to rights of public at large.

ii) It is neither within the domain of the courts nor the scope of judicial review to embark upon an enquiry as to whether a particular public policy is wise or whether better public policy can be evolved. Nor are the courts inclined to strike down a policy at the behest of a petitioner merely because it has been urged that a different policy would have been fairer or wiser or more scientific or more logical. Wisdom and advisability of economic policy are ordinarily not amenable to judicial review


RATIO OF THE JUDGMENT

Merely because some class/sector may not be agreeable and/or satisfied with such packages/policy decisions, the courts, in exercise of the power of judicial review, do not ordinarily interfere with the policy decisions, unless such policy could be faulted on the ground of mala fide, arbitrariness, unfairness etc.

Even the government also suffered due to lockdown, due to unprecedented covid19 pandemic and also\ even lost the revenue in the form of GST. Still, the Government seems to have come out with various reliefs/packages. Government has its own financial constraints. Therefore, as such, no writ of mandamus can be issued directing the Government/RBI to announce/declare particular relief packages and/or to declare a particular policy, more particularly when many complex issues will arise in the field of economy and what will be the overall effect on the economy of the country for which the courts do not have any expertise

No State or country can have unlimited resources to spend on any of its projects. That is why it only announces the financial reliefs/packages to the extent it is feasible. The court would not interfere with any opinion formed by the Government if it is based on the relevant facts and circumstances or based on expert advice.

No right could be absolute in a welfare State. Man is a social animal. He cannot live without the cooperation of a large number of persons. Every article one uses is the contribution of many. Hence every individual right has to give way to the right of the public at large. Not every fundamental right under Part III of the Constitution is absolute and it is to be within permissible reasonable restriction. This principal equally applies when there is any constraint on the health budget on account of financial stringencies.

Not only that, if such reliefs are granted, it would seriously affect the banking sectors and it would have far reaching financial implications on the economy of the country.

There may be several welfare funds schemes, category specific and sector specific which might be surviving and are implemented on the strength of the interest generated from their deposits. All such welfare funds would depend on the income generated from their deposits for the survival of their members. Therefore, to grant such a relief of total waiver of interest during the moratorium period would have a far reaching financial implication in the economy of the country as well as the lenders/banks.

From the various steps/measures/policy decisions/packages declared by the Union of India/RBI and the bankers, it cannot be said that the UOI and/or the RBI have not at all addressed the issues related to the impact of Covid19 on the borrowers. As such, none of the petitioners have specifically challenged the various circulars/policy decisions taken by the UOI/RBI.

On a fair reading of Section 13, it appears that the legislature has deliberately used the word “may”. This “may” is used after considering the object and purpose of the Act as a whole as well as the role to be placed by the Central Government through different ministries, role to be placed by the State Government, role to be played by the District Authority at the district level. In the present case, the Ministry of Finance and the RBI have already come out with different packages/reliefs in repayment of loans or grant of fresh loans to the persons affected by disaster.

Compound interest/interest on interest shall be chargeable on deliberate/willful default by the borrower to pay the installments due and payable. Therefore, it is in the nature of a penal interest.

The above mentioned work is an expression of minimum creativity in form of compilation and giving fair understanding of summary of the court Judgment. This work is based on labor of author and therefore duly protected by provisions of Copyright act, 1957 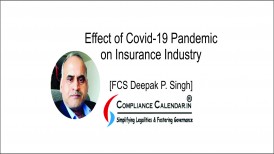 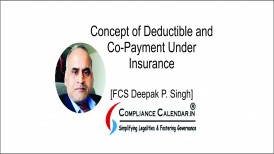 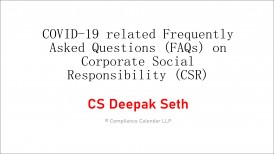 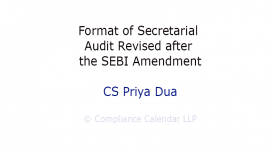 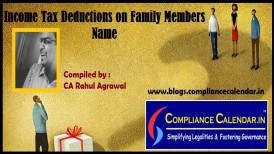 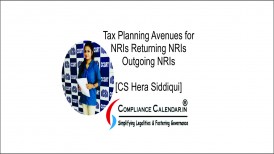