Arbitration provides an efficient and alternative mechanism for quick dispute resolution. It is one of the important aspects of Alternate Dispute Resolution Process. It is now days one of the most preferred course of dispute resolution process because it involves mediation and conciliation process and encourage parties to solve their disputes out of court and within a short time period.

“Arbitration”, is a process of settlement of dispute , between tow or more parties, the intent of which is conveyed, either through a contract or agreement , and the parties agree to resolve their disputes , by the means of mediation or conciliation.”

Section 2 of the Arbitration and Conciliation Act, 1996: defined “ Arbitration” As “ Unless the context otherwise requires (a) Arbitration means any arbitration whether or not administered by permanent Arbitral Institution and (b) “ Arbitration Agreement”, means and Agreement referred to in Section 7.”

Wikipedia defines : “ Arbitration, as a form of Alternative Dispute Resolution (ADR), is a way to resolve disputes outside the courts. The dispute will be decided by one or mores persons ( the arbitrators , arbiters, or arbitral tribunal) , which renders the “ Arbitration Award”. An Arbitration award is legally bind both parties and enforceable in courts.”

i) The Agreement should be in writing;

ii) Any documents which is signed by the parties and agreed so, to be an arbitration agreement , can also be proved as written agreement;

iii) An exchange of letters, telex, telegram, or any electronic communication , which can be authentically produced as record of agreement , shall be considered as agreement;

v) The intent of parties in the Arbitration Clause should be clear , that disputes should be referred to Arbitration;

vi) Exchange of some statement of claim and defense, wherein existence of the agreement about arbitration is alleged, by one party and not denied by the other , can be considered an Agreement of Arbitration;

vii) A communication by the parties to submit for arbitration all or certain disputes , which have arisen, or which may arise between them in future , in respect to any defined legal relationship, will be considered as an agreement , whether this communication is contractual or not;

We know that in absence of any mutual agreement between the parties, jurisdiction of Arbitration cannot be invoked in any dispute, unless there pre-exists a specific agreement to decide the dispute through arbitration. If there is a clause in an agreement relating refereeing all disputes arising by breach of any terms and conditions of agreement to the Arbitration, then a separate Arbitration Agreement is not required. However, it must be noted that ,if any arbitration clause is incorporated in the agreement, then according to the principle of separability , two agreement shall come into effect. First one will be the main agreement between the parties and second one if an agreement of arbitration to refer all disputes to arbitration arise due to breach of any terms and conditions of main agreement.

Thus, an arbitration award is binding on both parties of the dispute and is enforceable under court of law.

SECTION 5 OF ARBITRATION AND CONCILLIATION ACT, 1996; “ Notwithstanding anything contained in any other law for the time being in force, in matters governed by this Part, no judicial authority shall intervene except where so provided in this Part.”

Generally, Court of other Judicial Authority does not intervene in any arbitration proceedings or arbitration award. The law of non-intervention is based on the premise that when parties to any commercial contract by their own consent have decided to resolve their disputes, by way of mediation and conciliation through the process of arbitration , then  judiciary would not have any reason to intervene in this proceeding of arbitration.

SECTION 8 ; provides that if an Arbitration Agreement exits between the parties , the judicial courts, shall at first instant , refer any matter brought before them , for consideration through arbitration.

However , the courts are empowered to consider any matter, where it feels that prima facie no valid arbitration agreement exists between the parties. In this case , any one of the parties is to make an application to the court accompanying with the Original Arbitration  Agreement or duly certified copy of Agreement.

COURT INTERVENTION,WHEN ONE PARTY DOES NOT POSSESS COPY OF ARBITRATION AGREEMENT

OTHER CIRCUMTANCES OF COURT INTERVENTION IN ARBITRATION PROCEEDINGS

SECTION 34 of the Act, provides that the court has power to set aside any arbitration award , when it is conclusively proved that;

1. Any party to arbitration has suffering some incapacity during the proceedings;

2. Any arbitration agreement used for securing an arbitral award , is not valid under the law, if the agreement fail to the test of any indication made under that law, to which the parties have made is subject to;

4. If all parties to the dispute are not given proper intimation about proceedings of arbitration;

5. If all parties are not given proper and fair opportunity to present their case, before the arbitrators and when any party has lost its right of justice;

6. If arbitral award deals with any matter, which was not contemplated in the arbitration agreement;

7. If the terms of reference , made in the arbitration agreement have been misunderstood, mis-referred or overlooked while delivering an arbitral award;

8. If the composition of the arbitral award tribunal is not in conformity with the agreement between the parties to the arbitration;

9. If the arbitration award has made decision decisions on such matters, which is beyond the scope or course of submission to the arbitration. In such situation , only that part of arbitral award , which is out of the context or reference , may be set aside.

11. If the procedure followed by the arbitrators are against the policy framework of the act;

12. The court shall also intervene when it concludes that the subject matter of any arbitration agreement is such that, it cannot be decided or settled through proceedings of arbitration.

13. The arbitration award was as delivered, is against or in conflict of the Public Policy;

14. Any award as delivered , is influenced, or induced by fraud or corruption or violating any provision of law;

15. If any arbitration award is in contravention of any fundamental policy of Indian Law;

16. If any award is against the basic policy of morality, justice, or fairness;

17. An arbitral award which is not out of International Commercial Arbitration , can also be set aside by the appropriate court if the court finds that , the award is impaired by the quality under the law or spoil or destroy the principles of law, as it might appear invalid from the face of award.

Thus, while going through above examples , we know that the Judicial Courts in India have enough power within the Act ,  to intervene and correct the arbitration proceedings or arbitral award, if any wrongdoing is noticed by the competent court.

“ ---------when it comes to the Public Policy of India argument based upon “ most basic notions of justice”, it is clear that this ground can be attracted only in very exceptional circumstances when the conscience of the court  is shocked by infraction of fundamental notions or principles of justice.”

“ Further , a circular, unilaterally issued by one party, cannot possible bind the other party to the agreement without that other party’s consent.------------------This being the case, it is clear that the majority award has created a new contract for the parties applying the said unilateral Circular and by substituting a workable formula under the agreement by another formula de hors the agreement. This being the case, a fundamental principals of justice has been breached, namely , that a unilateral addition or alteration of a contract can never be foisted upon an unwilling party, nor can a party to the agreement be liable to perform a bargain not entered into with the other party. Clearly such a course of conduct would be contrary to fundamental principles of justice as followed in this country and shocks the conscience of this court.

THE HON’BLE SUPREME COURT OF INDIA FURTHER SAID THAT;

“ However , we repeat that this ground is available only in very exceptional circumstances, such as the fact situation in the present case. Under no circumstances can any court interfere with an arbitral award on the ground that justice has not been done in the opinion of the Court. That would be an entry into the merits of the dispute which, as we have seen, is contrary to the ethos of Section 34 of the Act, 1996 as has been noted earlier in this judgement.

The judgement of the Single Judge and of the Division Bench of Delhi High Court are set aside. Consequently , the majority award is also set aside. Under the Provisions of Section 34 of the Act, 1996 , the disputes that were decided  by the majority ward would have to be referred afresh to another arbitration. This would cause considerable delay and be contrary to one of the important objectives of Act, 1996, namely speedy resolution of disputes by the arbitral process under the Act,1996. Therefore , in order to do complete justice between the parties, invoking our power under Article 142 of the Constitution of India--------.”

Our Judicial System has been burdened with crores of cases pending for justice. The Judicial Proceedings in India are a lengthy proceeding , it takes a lot of time and money. We know that for better business environment and for development , we requires speedy dispute resolution system. Arbitration is one of the best Alternate Dispute Resolution Procedure, parties to an Arbitration Agreement refer all their disputes to arbitration for resolution. For an arbitration proceeding there should be an Arbitration Agreement or an Arbitration Clause in the main contract clearly mentioning that all disputes will be referred to arbitration aroused due to any breach of terms and conditions of main agreement. The parties to agreement will appoint Arbitrators and award of arbitrators are binding on both parties and enforceable under court of law. But in some case ,when there is apparent injustice to one party, award is against public policy, arbitration agreement not followed properly , one any suffers more than other due to award a competent court may intervene and set aside Arbitration Award. 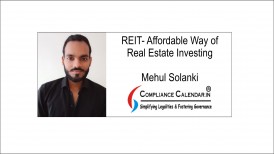 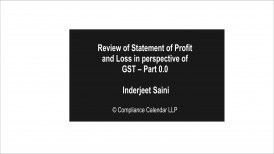 Review of Statement of Profit and Loss in perspective of GST – Part 0.0 By Inderjeet Saini 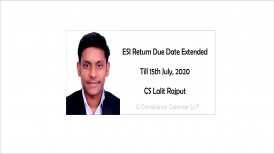 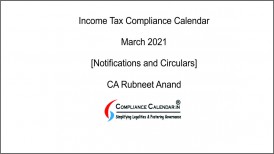 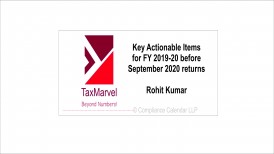 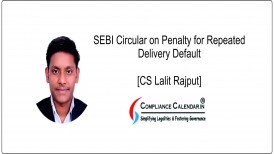