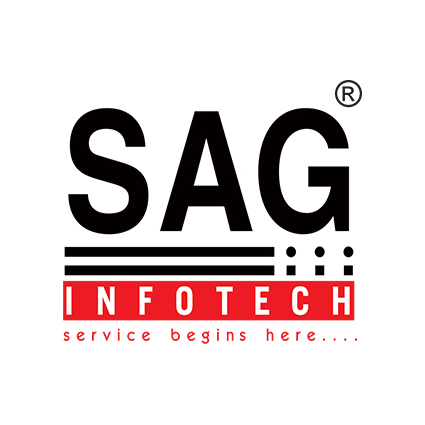 GST, Blogs, GST Software,
GSTR 9 is an annual return form for all the registered taxpayers under goods and services tax. The taxpayers have to file all the details and transactions of the complete year with invoice data and purchase history for the SGST, CGST, and IGST data.

Let us understand Table 6 of GSTR 9 form having details of inward supplies. In the GSTR-9 Annual Return form, the taxpayer has to mention the details mentioned below-
We all know that the outward supplies in GSTR-9 are auto-filled with the help of the GSTR-1, 3B and the other returns that have been filed in the GST system. But on the other hand, for the inward supplies and ITC details, only the selected details are auto filled from the data which is stored in the GST system.

Given below are the tables in GSTR-9 form which involves the ITC-
The table 6 and table 7 contains the details of ITC which were filed in the Fiscal Year (FY) 2017-18 and table 8 consists of the details that were filed until September 2018. Let us know more about the ITC that must be provided in Table 6 of the form GSTR-9.

In Table 6, there are 15 sub-points and most of the details are auto filled from GSTR-3B. Table 4 of GSTR-3B contains the information of the ITC which is given below-

Table 6A is essentially a summarized version of Table 4A of GSTR-3B Form. The ITC details used in the GSTR-3B form in the FY are present in the GSTR-9 Form. the main aim of this section is to collect the amount of ITC (Input Tax Credit) that has been used by the Registered Person on the-
2. Table 6B: Categorisation of ITC claimed into Input, Capital and Services

In Table 6B, the ITC must be divided into three categories which are given below-
GSTR-3B Form is receiving the integrated values for ITC. So while furnishing the details of the ITC in the GSTR-9 form, preparing the Table 6B is an extra task. Given below are the points that must be kept in mind during filing the table-
3. Tables 6C and 6D: ITC on transactions subject to reverse charge

The tables 6C and 6D contains the details which must be furnished on the transactions that got affected by the reverse charge. The details of the claimed ITC in table 6C and 6D must be subdivided into services, input, and capital.
In this table consider the given below particulars:-

4. Table 6E: Import of goods (including supplies from SEZs)

Given below are the important points that should be kept in mind during the filing of the table-:
5. Table 6F: Import of services (excluding inward supplies from SEZs)

The taxpayer must mention the total value of ITC in this table which has been availed on the complete import of services which is taken from foreign. Also, keep in mind that the taxpayer can pay the GST on ‘import of services’ only if the conditions mentioned in section 2(11) of the IGST Act are fulfilled.

Given below are some important points that must be kept in mind during the filing of the table-
6. Table 6G: Input Tax credit received from ISD

The taxpayer must mention the gross value of ITC (input tax credit) in this table which has been availed on the complete invoices from ISD. this section is auto-filled with the help of the details that have been mentioned in table 4(A)(4) of GSTR-3B Form.

Given below are the important points that must be kept in mind during filing the table-
7. Table 6H: Amount of ITC reclaimed

The taxpayer must mention the gross value of ITC (input tax credit) in this table which was- availed, reversed and reclaimed again in the same FY (fiscal year). Points to keep in mind during filing the table is given below-
8. Table 6I and 6J: Difference in ITC claimed and reversed

Table 6I and 6J are the sub-totals that are taken from the details that have been furnished in the table 6A and 6H.
9. Tables 6K, 6L, and 6M: Transitional and other input tax credit

The details of the transitional credit along with other ITC (input tax credit) availed must be mentioned in these tables.
10. Tables 6N and 6O: Grand Totals

Both the tables are the complete total of the details that have been given in the above tables.
Conclusion

In short, Table 6 contains all the details of the ITC that has been availed in the Fiscal Year (FY) and which must be cross-checked with the details furnished on the GSTR-3B form.

Contact me Click here to view my all Articles Follow User
Previous article Difference Between Fine and Penalty
Next article Advantages of MSME Registration in India.

How to Set Up Liaison Office Management in India By CS Mamta Kumari, Mamta Kumari & Associates

5242 + People Trust Us
To Get Their Daily CCNewsletter On
Corporate Laws, Taxation and Business Ecosystem