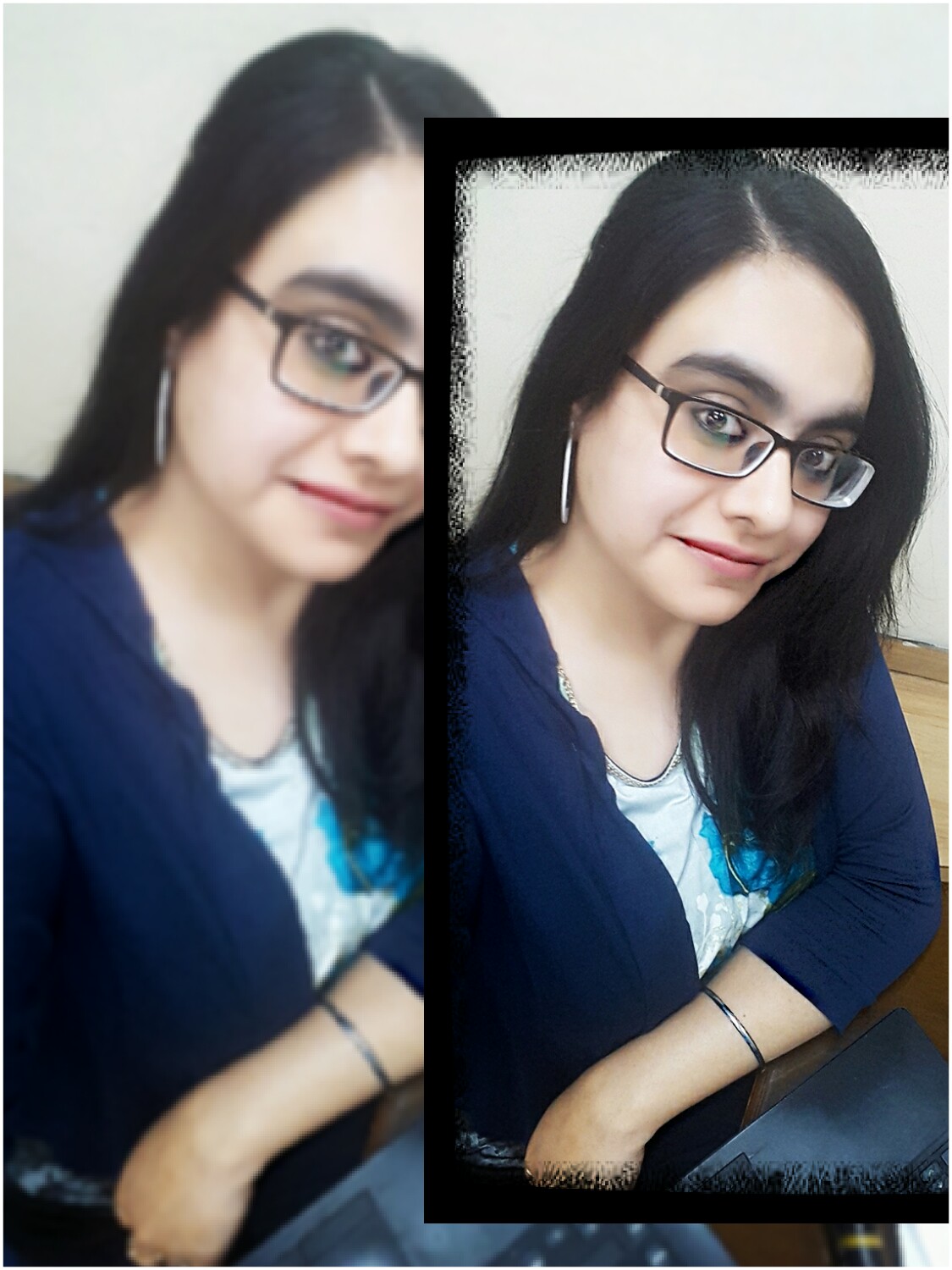 The Industrial Relations Code, 2020 (“IRC 20”) has been introduced as a part of the consolidations labour legislations in terms of the recommendation of the Second National Commission on Labour (2002). Accepting their recommendations, the Ministry of Labour and Employment has consolidated labour code in to four labour codes of

The Industrial Relations Code, 2020 (“IRC 20”) has been introduced as a part of the consolidations labour legislations in terms of the recommendation of the Second National Commission on Labour (2002).

Accepting their recommendations, the Ministry of Labour and Employment has consolidated labour code in to four labour codes of

The IRC 20 consolidates and amends the laws relating to Trade Unions, conditions of employment in industrial establishment or undertaking, investigation and settlement of industrial disputes and for matters connected therewith or incidental thereto. It governs important aspects of the employer-employee relationship such as working conditions, collective bargaining, re-skilling etc.

While the Wages Code, 2019 was passed by the parliament in 2019, the Industrial Relations Code, along with the two other codes on social security and safety, were referred to the Standing Committee. Upon incorporating changes suggested by the Standing Committee, the Industrial Relations Code, 2020 was introduced and passed by the Parliament. Lok Sabha passed the IRC 20 on 22 September, 2020 and Rajya Sabha passed the said code on 23 September, 2020. The IRC 20 is yet to receive assent of the President of India.

i. The IRC 20 provides for a new concept of negotiating union or negotiating council in an industrial establishment. As per the said     provision: 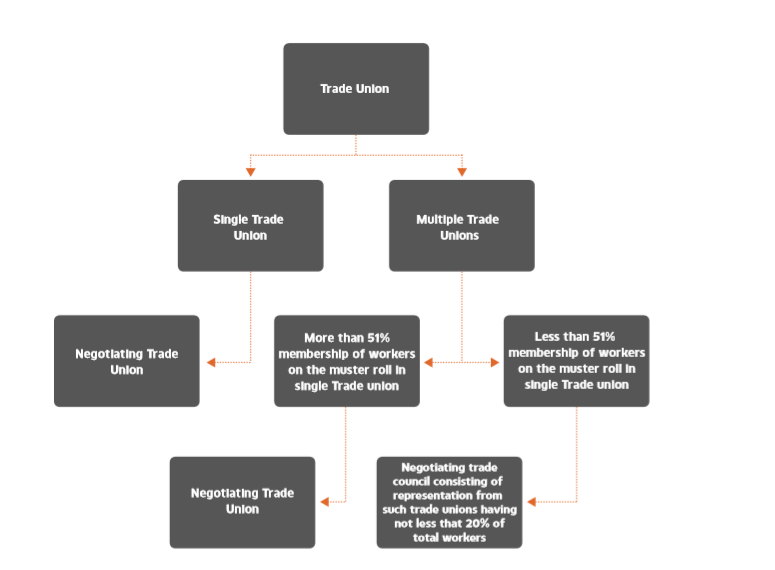 i. The IRC 20 de?nes “Strike” to include the concerted casual leaves on a     given day by ?fty per cent or more workers employed in an industry.

ii. No person employed can go on a strike without giving a 14 days’ notice to an employer before a strike. This notice shall be valid for a maximum  of 60 days.


iii.  Similarly, no employer can lock-out any of its workers without giving a     14 days’ notice of a lock-out. This notice shall be valid for a maximum of     60 days.


(i) during and up to seven days after a conciliation proceeding, and

(iii) during any period in which a settlement or an award is in operation.

(iv) Employers are required to report to the appropriate government and conciliation officer, within five days from receiving/giving notice of a strike/lock-out.

i. IRC 20 provides that the provisions with respect to standing orders shall apply to establishments having had three hundred or more employees on any day of the preceding twelve months.

ii. An employer shall be required to prepare the draft standing orders, basis the model   standing order of the Central Government, within 6 months from the date of commencement of the code in consultation with the recognised negotiating unions or members of the  negotiation council with respect to the same. The same shall be certifed by the certifying officer.

i. IRC 20 provides for setting up of a “Re-skilling fund” for the employees retrenched from the industrial establishment by the employer

ii. The fund shall consist of the following amounts:

a. Contribution of the employer, equivalent to 15 days wages as last drawn by the worker immediately before being retrenched.

b. Contributions from other sources as maybe prescribed.


iii. The fund must be utilized for paying 15 days wages last drawn by the    worker, to his account, within 45 days of the worker being retrenched.

i. IRC 20 de?nes lay-off as the inability of an employer, due to shortage of coal, or power, material or breakdown of machinery, accumulation of    material or natural calamity from giving employment to a worker whose    name is on the muster roll and has not been retrenched.

ii. Retrenchment refers to the termination of service of a workman for any reason other than disciplinary action. It does not include retirement,    non-renewal of contract, or completion of tenure of ?xed term     employment or termination on the ground of continued ill-health.

iv. Employers are required to give to every worker who has completed at least one year of continuous service, :

(ii) one month’s notice (or equivalent wages)    and 15 days’ wages for every year of continuous service for such period to a worker who has been retrenched.

v. Further, factories, mines and plantation, which have three hundred or more workers must take prior permission of the appropriate Government before lay-off, retrenchment and closure.

6. POWER OF GOVERNMENT TO REJECT OR MODIFY TRIBUNAL AWARDS

i. IRC 20 provides the Government can defer the enforcement of awards passed by the Tribunals in certain circumstances on public grounds of    affecting national economy or social justice.

ii. The Industrial Disputes Act, 1947 had similar provisions. In 2011, the   Madras High Court (affirming a 1997 Andhra Pradesh High Court     judgement) struck down these provisions on constitutional grounds and    held that the power to the executive to decline enforcing an award or to   modify it, allows the executive to sit in appeal over the decision of the    Tribunal, and therefore, violates the separation of powers between the    executive and the judiciary, which forms a part of the basic structure of the Constitution.

i. IRC 20 provides that every industrial establishment employing more than 20 employees must have one or more grievance redressal committees for    resolution of disputes arising out of individual grievances.

ii. The committee should consist of equal number of members representing the employers and workers and the chairperson shall be chosen, alternatively from the employees and workers on rotational basis every    year.


iii. The number of Grievance Redressal committees cannot exceed 10 and    there must be adequate representation of women workers in the said    committee and should not be less than the proportion of women employed    in the industrial establishment. 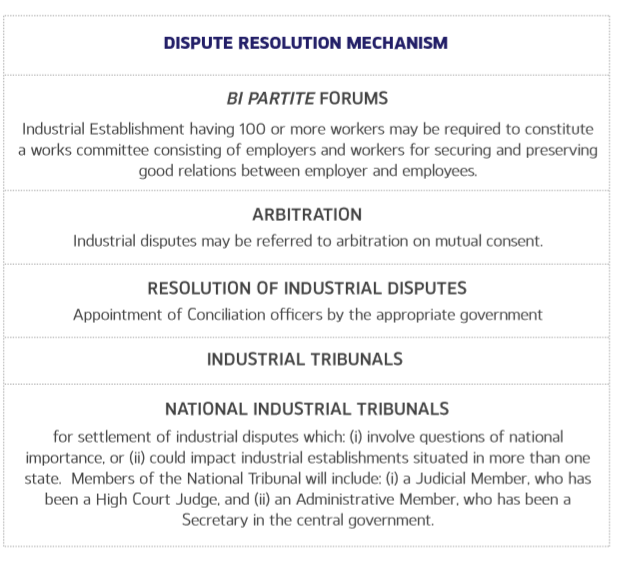 5395 + People Trust Us
To Get Their Daily CCNewsletter On
Corporate Laws, Taxation and Business Ecosystem