Brief Introduction of an Independent Director

As per the Companies Act, 2013 a separate criterion has been established for the companies to have an Independent Director.

"Basically, we can say that an independent director is a non-executive director of a company who helps the company in improving corporate credibility and governance standards. He/ She do not have any kind of relationship with the company that may affect the independence of his/ her judgment."

Therefore, there are two ways for the appointment of Independent Directors in a Company either in the Board meeting as Additional Director (Non-Executive & Independent) or either directly in the General meeting i.e. Annual General Meeting or Extra-Ordinary General Meeting.

Given below is the draft of Board Resolution for the appointment of Independent Director in Board Meeting who shall hold the office up to general meeting & afterwards, appointed as a Director in General Meeting.

Applicability On Appointing An Independent Director

Every listed public company shall have at least one-third of a total number of directors as independent directors.

Any fraction contained in that one-third shall be rounded off as one.

The Central Government may prescribe the minimum number of independent directors in case of any class (es) of public companies.

As per Rule 4 of the Companies (Appointment and Qualification of Directors) Rules, 2014, the following classes of companies shall have at least 2 directors as independent directors.
Every independent director shall, at first meeting of the board in which he participates as a director and thereafter at the first meeting of the Board in every financial year or when a situation arise which effects his status of independence.

The terms and conditions of appointment of independent directors shall also be posted on the company’s website.

Role of an Independent Director

Independent Director acts as a guide, coach, and mentor to the Company. The role includes improving corporate credibility and governance standards by working as a watchdog and help in managing risk. Independent directors are responsible for ensuring better governance by actively involving in various committees set up by the company.

The independent directors are required because they perform the following important role:
1. facilitate withstanding and countering pressures from owners;

3. on issues such as strategy, performance, risk management, resources, key appointments and standards of conduct he must support in gaining independent judgment to bear on the board’s deliberations

4. while evaluating the performance of board and management of the company bring an objective view

5. scrutinizing, monitoring and reporting management’s performance regarding goals and objectives agreed upon in the board meetings

6. safeguard the interests of all stakeholders, particularly the minority shareholders;

7. balance the conflicting interest of the stakeholders;

8. satisfying themselves that financial controls and systems of risk management are in operation and check on the integrity of financial information

9. in situations of conflict between management and shareholder’s interest, aim towards the solutions which are in the best interest of the company

10. establishing the suitable levels of remuneration of

Duties of an Independent Director

The Independent Directors shall:
1. undertake appropriate induction and regularly update and refresh their skills, knowledge, and familiarity with the company

3. attempt to attend BOD’s meetings and board committees meeting being a member

4. have adequate knowledge about the company and the external environment in which it operates

5. report matters concerning the unethical behaviour, actual or suspected fraud or violation of the company’s code of conduct or ethics policy

6. acting within his authority, assist in protecting the legitimate interests of the company, shareholders and its employees

7. not to unfairly obstruct the functioning of the company or committee of the Board

8. participate in the Board’s committee being chairpersons or members of that committee

9. not to disclose confidential information, including commercial secrets, technologies, advertising and sales promotion plans, unpublished price sensitive information, unless such disclosure is expressly approved by the Board or required by law

10. Ascertain and ensure that the company has an adequate and functional vigil mechanism and to ensure that the interests of a person who uses such a mechanism are not prejudicially affected on account of such use.
Other Provisions related to Independent Directors under Companies Act, 2013:
1. Companies that trigger the conditions of the Corporate Social Responsibility Committee of the Board to formulate and monitor the CSR policy of a Company. The Companies Act, 2013 requires the CSR Committee to consist of at least three directors, including at least one independent director.

2. Where a company is not required to appoint an independent director, it shall have in its Corporate Social Responsibility Committee two or more directors.

4. Every independent director shall give a declaration that he meets the criteria of independence when:

5. The independent director shall be appointed for a maximum term of 5 years. The term shall not be more than 2 consecutive terms. He shall be re-appointed only by special resolution by the company.

6. Any vacancy in the office of independent director shall be filled in the very next Board Meeting or within 3 months of such vacancy, whichever is later.

7. A person must be an independent director in not more than seven  listed companies at a time

8. An independent director shall not retire by rotation and shall not be included in “total number of directors’ for the purpose of computation of rotational directors.

10. A small shareholder director shall be considered as an independent director, if-

Board Resolution for Appointment Of Independent Director Under Companies Act, 2013

CERTIFIED TRUE COPY OF THE RESOLUTION PASSED AT THE (NO.) MEETING OF THE F.Y. OF THE BOARD OF DIRECTORS OF (NAME OF COMPANY) HELD ON (DAY), (DATE) AT (TIME) AT THE (ADDRESS)

“RESOLVED THAT pursuant to the provisions of Section 149, 150, 152 read with schedule IV and Section 161(1) read with Companies (Appointment and Qualification of Directors) Rules, 2014, and other applicable provisions, sections, rules of the Companies Act, 2013 (including any statutory modifications or re-enactment thereof for the time being in force), Consent of the Board be and is hereby accorded, to appoint (Name of Director) as an Additional Director (Non-Executive & Independent) on the Board of the Company w.e.f. ______________ to hold office till the conclusion of the next Annual General Meeting and subject to the approval of the members in the ensuing General Meeting, for appointment as an Independent Director to hold office for a term up to ________ consecutive years from the date of ensuing general meeting.”

“RESOLVED FURTHER THAT any of the Directors for the time being be and are hereby severally authorized to sign and execute all such documents and papers (including appointment letter etc.) as may be required for the purpose and file necessary e-form with the Registrar of Companies and to do all such acts, deeds and things as may considered expedient and necessary in this regard.”

//Certified true Copy//
For (Name of the Company) 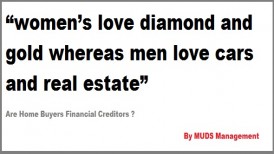 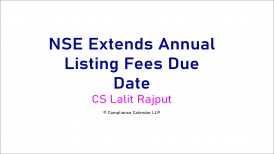 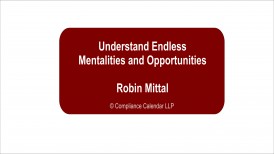 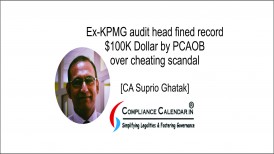 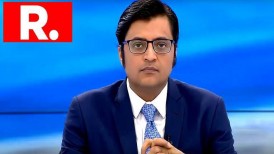 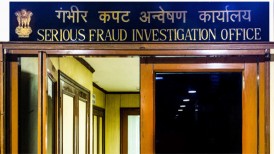 Applicability of Penalize Provisions Under Sub-Sections (8, (9), And (10) Of Section 212 Of Companies Act, 2013 By CS Nandani Bhardwaj