U/s 4 of the Income Tax Act, 1961 income tax is payable by “every person”. U/s 2(31), Person is defined to include a Hindu Undivided Family (HUF). Section 3 of the Wealth Tax Act, 1957 also indicates that wealth is chargeable to tax in respect of the net wealth of any HUF.

The expression “Hindu Undivided Family” has not defined under the Income Tax Act or in any other statute. When we dissect – essentials are

(1) One should be Hindu, Jains, Sikhs, and Buddhists are considered as Hindus but not Muslims or Christians; (ii) There should be a family i.e. group of persons – more than one and (iii) They should be undivided i.e. living jointly and having commonness amongst them. All these three essentials are cumulative. It is a body consisting of persons lineally descended from a common ancestor and includes their wives and unmarried daughters, who are living together, joint in food, estate and, worship (not now necessary).

HUF without Females –A Single male coparcener without a female member does not constitute a HUF. The only way by which a single coparcener can

Females and Gift: A Female member (Wife) can gift her property so as to constitute it as HUF Property. CIT vs. M. Balasubramanian (1990) 182 ITR 117 (Mad.) Daughters are now coparceners. Hence, now, they can throw their individual assets into family hotch potch subject to the provisions of Sec.64(2).

An HUF need not consist of two male members- even one male member is enough :

The plea that there must be at least two male members to form an HUF as a taxable entity, has no force. – Gauli Buddanna v. CIT, 60 ITR 347 (SC);

How does a HUF come into existence ?

The concept of Joint Family under Hindu law as well as the HUF in Income Tax Act, 1961 is broadly the same. HUF is purely a creature of law and cannot be created  by  an  act  of  parties  (except  in  case  of adoption  and reunion). A HUF is a fluctuating body, its size increases with birth of a member in the family and decreases on death of  a  member  of  the  family. Hindu Undivided Family (HUF) is a legal expression which has been employed in taxation laws as a separate taxable entity. It is the same thing as “Joint Hindu Family”. It has not been defined under the Income Tax Act, as it has a well defined connotation under Hindu Law.

Only one co-parcener or member cannot form an HUF

Family is a group of people related by blood or marriage. A single person, male or female, does not constitute a family.

The Hon’ble Supreme Court held in C. Krishna Prasad V/s CIT (1974) 97 ITR 493 (SC) that the word “Family” always signifies a group. Plurality of persons is an essential attribute of a Family. A Single person, male or female, doesn’t constitute a family.

However the property held by a single co-parcener does not lose its character of Joint Family property solely for the reason that there is no other male or female member at a particular point of time. Once the co- parcener marries, an HUF comes into existence as he alongwith his wife constitutes a Joint Hindu Family as held in the case of Prem Kumar v. CIT, 121 ITR 347 (All.)

Daughter will also be a coparcener:

W.e.f. 09/09/2005, due to the amendment of the Hindu Succession Act, the daughter of coparcener by birth shall become a coparcener in her own right in the same manner as son and she has equal share that of a son. Hence, with effect of this amendment, a daughter does not cease to be a member of an HUF of her father even after her marriage. She can also become a member of her husband HUF.

Can there be a HUF with only female members?

Yes. Under Hindu Law it is not predicated of a Hindu joint family that there must be a male member. So long as the property which was originally of

HUF with only Female Members – A Hindu widow being the sole surviving member cannot constitute a HUF. Gangamma vs. Agl. ITO (1991) 188 ITR 1 (Ker.). After the Amendment in the Hindu Succession Act, in 2005, a Hindu Widow and her unmarried daughter can constitute a HUF, even when the widow had not adopted a son since, daughter is also a coparcener.

Rights on Income & assets of the HUF:

Coparceners and Members of HUF : What is the difference?

HUF and she is not coparceners of HUF.

Coparceners have a right to claim partition of the HUF, while members do not.

Can a woman become Karta of a HUF?

Earlier the answer was NO. But in the recent landmark judgment of Mrs. Sujata Sharma Vs Shri Manu-Gupta, Delhi HC Justice Najmi Waziri said - "If a male member of a Hindu Undivided Family (HUF), by virtue of his being the firstborn eldest, can be a Karta, so can a female member. The court finds no restriction in law preventing the eldest female co-parcener of a HUF, from being its Karta." This judgment was concluded taking note of section 6 of the Hindu Succession Act, 1956 (which was amended in 2005), giving equal rights to a daughter in her father’s property. In his decision, Waziri stated, “Now that this disqualification has been removed by the 2005 Amendment, there is no reason why Hindu women should be denied the position of a Karta.” Since the daughter can also be a coparcener w.e.f. 09/09/2005, it may be presumed that the daughter can also be Karta of her father’s HUF.

DIR-3 KYC for Directors Under Companies (Appointment and Qualification of Directors) Rules, 2014 By CS Sanjeev Shah

Know the Procedure For Allotment Of Right Issue Of Shares For Private Company Under Companies Act, 2013 [Applicable provisions Section 62 of Companies Act 2013] By CS Shiriti Kumari 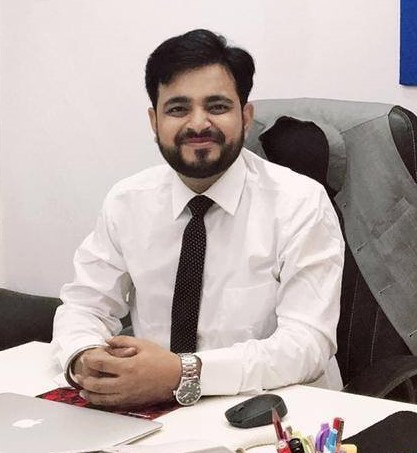 Investment in Certificates of Deposit (CDs) - Reporting in Form ‘A’ Return

Lack of clarity over date for dividend tax worries Street

5248 + People Trust Us
To Get Their Daily CCNewsletter On
Corporate Laws, Taxation and Business Ecosystem