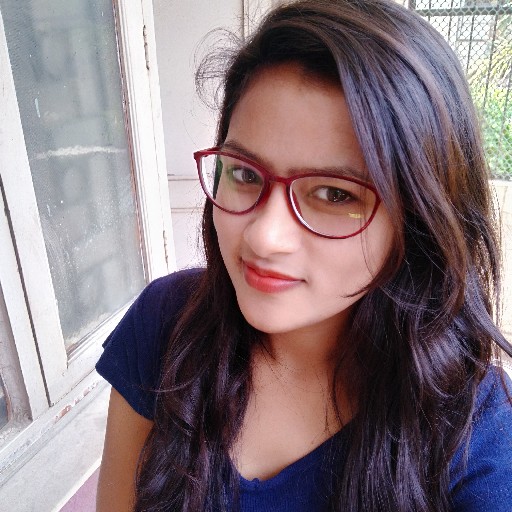 Foreign direct investment (FDI) in India is a major monetary source for economic development in India. Apart from being a critical driver of economic growth, foreign direct investment (FDI) is a major source of non-debt financial resource for the economic development of India. Foreign companies invest in India to take advantage of relatively lower wages, special investment privileges such as tax exemptions, etc. For a country where foreign investments are being made, it also means achieving technical know-how and generating employment.

Investment climate in India has improved considerably since the opening up of the economy in 1991. This is largely attributed to ease in FDI norms across sectors of the economy. India, today is a part of top 100 club on Ease of Doing Business (EoDB) and globally ranks 1st in the greenfield FDI ranking. India received the record FDI of $ 60.1 bn in 2016-17.

The Indian government’s favorable policy regime and robust business environment have ensured that foreign capital keeps flowing into the country. The government has taken many initiatives in recent years such as relaxing FDI norms across sectors such as defense, PSU oil refineries, telecom, power exchanges, and stock exchanges, among others.
What is Foreign Direct Investment

A foreign direct investment (FDI) is an investment in the form of controlling ownership in business in one country by an entity based in another country. It is thus distinguished from a foreign portfolio investment by a notion of direct control.
FDI Entry Routes into India

There are three categories for entry routed into India:

Under the Automatic Route, the non-resident investor or the Indian company does not require any approval from Government of India for the investment.
Government Route

Under the Government Route, prior to investment, approval from the Government of India is required. Proposals for foreign investment under Government route, are considered by respective Administrative Ministry/ Department.
Government Plus Automatic Route

Under this route, a part of the investment does not require any approval under automatic route and another part is required to be approved from the Government of India.
Prohibited Sectors

*Foreign technology collaboration in any form including licensing for franchise, trademark, brand name, management contract is also prohibited for Lottery Business and Gambling and Betting activities.

**Real estate business shall not include the development of town shops, construction of residential/ commercial premises, roads or bridges and Real Estate Investment Trusts (REITs) registered and regulated under the SEBI (REITs) Regulations, 2014.
Procedures for Government Approval

1. Filing of Application
Proposal for foreign investment, along with supporting documents to be filed online, on the Foreign Investment Facilitation Portal, at the following URL: www.fifp.gov.in/
2. Internal Procedure for Approvals:

(a) Department for Promotion of Industry and Internal Trade (DPIIT) will identify the concerned Ministry/ Department and thereafter, circulate the proposal within 2 days. In addition, once the proposal is received, the same would also be circulated online to the RBI within 2 days for comments from FEMA perspective.

(b) Proposed investments from Pakistan and Bangladesh would also require clearance from the Ministry of Home Affairs.

(d) Pursuant to the above, additional information/ clarifications may be asked from the applicant which is to be provided within 1 week.

Once the proposal is complete in all respects, the same gets approved within 8-10 weeks.
FDI Reporting Requirements

As per the RBI notification on “Foreign Investment in India - Reporting in Single Master Form” of 7th June 2018, now provides for all the extant reporting structures of various types of foreign investments in India are now provided under a Single Master Form (SMF) which is required to be filed online.

As per the RBI Notification ARF and FC-GPR are merged into a single revised FC-GPR (SMF). All new filings for the Form FC-GPR (SMF) have to be done in Single Master Form only.
Market size

According to Department for Promotion of Industry and Internal Trade (DPIIT), the total FDI investments in India April-December 2018 stood at US$ 33.49 billion, indicating that government's effort to improve ease of doing business and relaxation in FDI norms is yielding results.

Data for April-December 2018 indicates that the services sector attracted the highest FDI equity inflow of US$ 6.59 billion, followed by computer software and hardware – US$ 5.00 billion, trading – US$ 3.04 billion and telecommunications – US$ 2.29 billion. Most recently, the total FDI equity inflows for the month of December 2018 touched US$ 4.39 billion.

India emerged as the top recipient of greenfield FDI Inflows from the Commonwealth, as per a trade review released by The Commonwealth in 2018.

Some of the recent significant FDI announcements are as follows:

As of February 2019, the Government of India is working on a road map to achieve its goal of US$ 100 billion worth of FDI inflows.

In February 2019, the Government of India released the Draft National E-Commerce Policy which encourages FDI in the marketplace model of e-commerce. Further, it states that the FDI policy for the e-commerce sector has been developed to ensure a level playing field for all participants.

The government of India is planning to consider 100 percent FDI in Insurance intermediaries in India to give a boost to the sector and attracting more funds.

In December 2018, the Government of India revised FDI rules related to e-commerce. As per the rules 100 percent FDI is allowed in the marketplace-based model of e-commerce. Also, sales of any vendor through an e-commerce marketplace entity or its group companies have been limited to 25 percent of the total sales of such vendor.

In September 2018, the Government of India released the National Digital Communications Policy, 2018 which envisages increasing FDI inflows in the telecommunications sector to US$ 100 billion by 2022.

In January 2018, the Government of India allowed foreign airlines to invest in Air India up to 49 percent with government approval. The investment cannot exceed 49 percent directly or indirectly.
No government approval will be required for FDI up to an extent of 100 percent in Real Estate Broking Services.

In September 2017, the Government of India asked the states to focus on strengthening a single window clearance system for fast-tracking approval processes, in order to increase Japanese investments in India.

The Ministry of Commerce and Industry, Government of India has eased the approval mechanism for foreign direct investment (FDI) proposals by doing away with the approval of Department of Revenue and mandating clearance of all proposals requiring approval within 10 weeks after the receipt of application.

The Government of India is in talks with stakeholders to further ease foreign direct investment (FDI) in defence under the automatic route to 51 percent from the current 49 percent, in order to give a boost to the Make in India initiative and to generate employment.

India has become the most attractive emerging market for global partners (GP) investment for the coming 12 months, as per a recent market attractiveness survey conducted by Emerging Market Private Equity Association (EMPEA).

Annual FDI inflows in the country are expected to rise to US$ 75 billion over the next five years, as per a report by UBS.

The Government of India is aiming to achieve US$ 100 billion worth of FDI inflows in the next two years.

The World Bank has stated that private investments in India are expected to grow by 8.8 percent in FY 2018-19 to overtake private consumption growth of 7.4 percent, and thereby drive the growth in India's gross domestic product (GDP) in FY 2018-19.

About Author :
I am a Company Secretary and Compliance Officer of M/s Starfire Hospitality Private Limited.

Incorporation of Company through SPICE+ with effect from the 23rd February, 2020 introduced by MCA to promote Ease of Doing Business in India By Ekta Wadhwani