All Companies registered in India be it Private Limited Company, One Person Company, Limited Company, Nidhi Company, Producer Company, Guarantee Company and even Section 8 companies are under the mandatory provision to file ROC Annual Return Each Year.
It is to be noted here that within 15 days of the first AGM, the Auditor has to be reappointed and now it is not required to file ADT-1 every year for ratification.

Under Sub Section (3) it is provided that-
Explanation—for the purposes of this sub-section, the word ? subsidiary shall include an associate company and joint venture also.
Read Section 129(2)

Provided that the Central Government may exempt any company from the provisions of this sub-section subject to such conditions as it may impose.

Explanation—for the purposes of this sub-section, “National Holiday” means and includes a day declared as National Holiday by the Central Government.
DUE DATES OF ANNUAL FILINGS FOR (FY 2017-18)

Companies are also required to file an income tax return every year on or before September 30.
DO NOT FORGET TO PAY THE FILING FEES ON OR BEFORE THE EXPIRY DATE OF THE CHALLAN. IF THE CHALLAN EXPIRES, THE FORM FILED SHALL NOT BE CONSIDERED FOR APPROVAL AND THE COMPANY AND IT SHALL BE REQUIRED TO UPLOAD THE EFORM AGAIN.

ALL COMPANIES WHICH ARE REGISTERED IN INDIA ARE REQUIRED TO FILE ANNUAL RETURN AND INCOME TAX RETURN EACH YEAR, NO MATTER WHETHER THEY CARRIED ON ANY BUSINESS ACTIVITY DURING THE FINANCIAL IRRESPECTIVE OF BUSINESS TURNOVER OR ACTIVITY.

PS: If a company is registered between January 1 and March 31, ROC Filings can be skipped but yet again Income Tax Return has to be filed even if the Company received COI from MCA on March 31.

About Author :
Working to Learn and Make my budding-career flourish.

Contact me Click here to view my all Articles Follow User
Previous article Declaration By Beneficial and Significant Beneficial Owners Under Section 89 and 90 of the Companies Act 2013 By CS Anjali Gorsia
Next article CARO Applicability: Companies (Auditor’s Report) Order, 2016 By Ekta Pandey 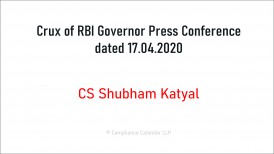 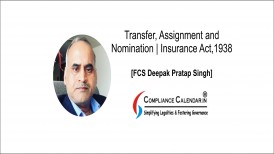 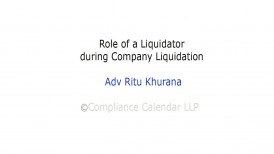 Role of a Liquidator during Company Liquidation By Adv Ritu Khurana 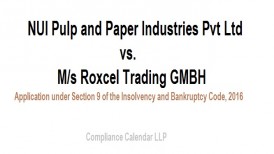 Order in case of M/s. Roxcel Trading GMBH’- (‘Operational Creditor’) filed an application under Section 9 of the Insolvency and Bankruptcy Code, 2016 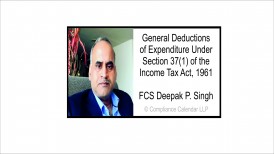 General Deductions of Expenditure Under Section 37(1) of the Income Tax Act, 1961 By FCS Deepak P. Singh 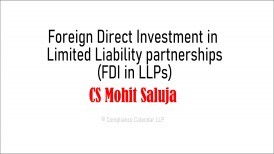