Are you a completely dejected, disqualified director of a strike-off company? Are you feeling as if you have missed the last bus as your company did not avail CODS benefit and now you have to wait for five long years to get your DIN activated?

Take heart, it’s not so! There are ways and means within your reach through which you can restore your career!
Be aware & updated of your rights!

It is true that many companies took benefit of the CODS and their directors were able to get their DINs activated from the concerned ROC; but since that window has closed, you have to look for other options.

An alternative recourse still available to companies and directors is to appeal to NCLT under Section 252 (3) of the Companies Act, 2013. This appeal has to be made within 3 years of strike-off.

Many directors who have been negatively impacted by the strike-off, have approached the concerned High Courts through writ petitions and interestingly, quite a few of them have got interim relief and disqualification removed.

Last December, MCA’s list of September, 2017, was shot down by the Gujarat High Court, leading to restoration of DINs. Similar comforting news has poured in from other High courts of India as more and more Directors have restored their DINs.

"The interim order of the various High Courts is an extremely positive development which has brought hopes to many Directors, who were unjustifiably disqualified."

Entangling the complications of Companies Act, 2013!

The drastic step of Ministry of Corporate Affairs (MCA) that witnessed striking-off of companies in huge numbers was mainly due to non-compliance, provisions mentioned under Section 164 (2)A of the Companies Act, 2013. The strike-off had a chain reaction as the directors of defaulting companies automatically became disqualified and couldn’t work in the same capacity in any other company.

The intention of the regulator was pious one as it wanted to cleanse the financial space by removing shell companies and fraudulent companies. The regulation mandated the removal of such directors too as they were perceived to be hand in glove with wrongdoers!

All this was fine but, in its overzealousness, the MCA slayed some genuine companies too! The interpretation of the clauses that demand compliance was flawed, as the courts have pointed out now. The Companies Act, 2013, came into effect from April 1, 2014, thus a three-year clause cannot be forced upon companies retrospectively. The Courts found this retrospective application of a prospective Act unjust!

Never believe in the proverb, “Ignorance is bliss!” or, “What you don’t know can not hurt you”! In fact, ignorance can be a source of misery and, on the contrary, the more aware you are the better off you will be!

The need of the hour calls you to take informed decision and contact a competent legal firm to help you remove your disqualification at the earliest. It will save your precious time, energy and money too as such firms employ experts in each field and take a hundred percent responsibility.

-In a very methodical manner, they will take responsibility for drafting the writ petition & also filing it in the concerned High Court. Timely appearances and relevant pleadings will be done by competent Advocates. Once the final order is issued by the Court, the same will be filed with the respective ROC along with pending documents related to compliances. They will finally help you restore your directorship.

"The sooner effected Directors take a decisive step towards removing their disqualification, the better off they will be!" 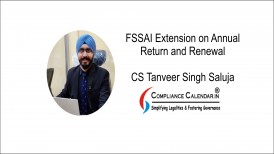 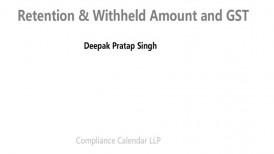 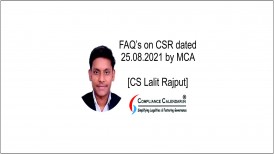 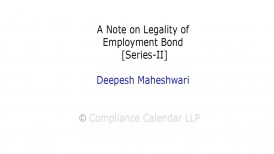 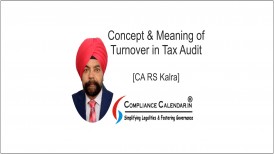 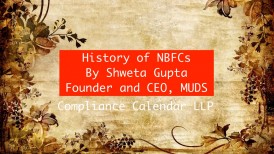 History of NBFCs By Shweta Gupta Founder and CEO, MUDS