Did you know ? Now SFIO can arrest people for violations of Company Law By CS Gaurav Kumar

Well; the sub-sections (8), (9) and sub-section (10) of Section 212 of the Companies Act, 2013 along with Companies (Arrests in connection with Investigation by Serious Fraud Investigation Office) Rules, 2017 came into force on Aug 24, 2017. This Article is an attempt to understand how SFIO can arrest people violating company law. We all know that while the Companies Act, 2013 provides power of arrest to the SFIO, which comes under the Ministry of Corporate Affairs, the provision has been notified now.

Applicability: These sub-sections and pertaining rules shall come into force on the date of their publication in the Official Gazette.


In a separate notification, the ministry said the “central government hereby appoints the 24th day of August, 2017 as the date on which the provisions of sub-sections (8), (9) and sub-section (10) of section 212 of the said Act shall come into force”.

The ministry has notified the rules pertaining to arrests in connection with Investigation by the SFIO and they came into effect from August 24.

The director as well as additional or assistant director level officials at the SFIO can arrest a person if they believe he or she is guilty of any offence with regard to the case being probed, the ministry said in a notification. According to the ministry, the reason for arrest should be recorded in writing.

“In case of an arrest being made by additional director or assistant director, the prior written approval of the director SFIO shall be obtained,” as per the notification. The SFIO director would be the competent authority for all decisions pertaining to arrest. The arrest of a person in connection with a government or a foreign company under investigation can be made by the SFIO only “with prior written approval of the  central government”.

Besides, such arrest should be intimated to the managing director or the person in-charge of the affairs of the government company. In case the person arrested is the managing director or person in-charge of a government company, then the secretary of the administrative ministry concerned should be intimated by the arresting officer, the ministry said. A government source said the decision on whether a case has to be probed by the SFIO is taken by the ministry and once an investigation is launched, then the agency has powers to decide whether a person need to be arrested or not. On the delay in notifying the particular provision that provides the SFIO with powers to arrest, the source said the modalities were in the works and now the agency is ready with them.

According to the ministry, the SFIO would maintain an arrest register which would have entries about particulars of the arrestee, date and time of arrest as well as other relevant information pertaining to every arrest made by the agency’s officers.

“The provisions of the Code of Criminal Procedure, 1973 (2 of 1974), relating to arrest shall be applied mutatis mutandis to every arrest made under this (Companies) Act,” the ministry said.

The SFIO probed 366 cases in the last three financial years, with 111 of them coming under the scanner in 2016-17, the ministry informed the Rajya Sabha last month.

Among others, the SFIO director has to preserve the copy of arrest order together with supporting materials for a period of five years. The period would start from the date of judgement or final order of the trial court, in cases where the said judgement has not been impugned in the appellate court. It could also be from the date of disposal of the matter before the final appellate court, in cases where the said judgement or final order has been impugned, whichever is later.
These sub-sections relate to SFIO’s powers to arrest people.

8) If the Director, Additional Director or Assistant Director of Serious Fraud Investigation Office authorised in this behalf by the Central Government by general or special order, has on the basis of material in his possession reason to believe (the reason for such belief to be recorded in writing) that any person has been guilty of any offence punishable under sections referred to in sub-section (6), he may arrest such person and shall, as soon as may be, inform him of the grounds for such arrest.
(9) The Director, Additional Director or Assistant Director of Serious Fraud Investigation Office shall, immediately after arrest of such person under sub-section (8), forward a copy of the order, along with the material in his possession, referred to in that sub-section, to the Serious Fraud Investigation Office in a sealed envelope, in such manner as may be prescribed and the Serious Fraud Investigation Office shall keep such order and material for such period as may be prescribed.
(10) Every person arrested under sub-section (8) shall within twenty-four hours, be taken to a Judicial Magistrate or a Metropolitan Magistrate, as the case may be, having jurisdiction:
Provided that the period of twenty-four hours shall exclude the time necessary for the journey from the place of arrest to the Magistrate's court.

i) A Corporate Serious Fraud Office should be set up in the Department of Company Affairs with specialists inducted on the basis of transfer/deputation and on special term contracts.

ii) This should be in the form of a multi-disciplinary team that not only uncovers the fraud, but able to direct and supervise prosecutions under various economic legislations through appropriate agencies.

iv) In the interest of adequate control and efficiency, a Committee each, headed by the Cabinet Secretary should directly oversee the appointments to, and functioning of this office, and coordinate the work of concerned departments and agencies.

v) Later, a legislative framework, along with the lines of the SFO in the UK, should be set up to enable the CSFO to investigate all aspects of the fraud, and direct the prosecution in appropriate Courts.


2. Consequent to the recommendation of Naresh Chandra Committee and in the backdrop of stock market scams as also the failure of non-banking companies resulting in huge financial loss to the public, the Cabinet in its meeting held on 9th January, 2003, decided to set up a Serious Fraud Investigation Office (SFIO).


3. As per the decisions of the Cabinet, the Central Government issued a resolution on 2nd July, 2003 constituting this organisation. In continuation of the aforesaid Resolution, charter of Serious Fraud Investigation Office was issued by the Government on 21st of August, 2003 which inter alia stated that the responsibilities and functions of the SFIO will include, but not be limited to the following:-


a) The SFIO is expected to be a multi-disciplinary organisation consisting of experts in the field of accountancy, forensic auditing, law, information technology, investigation, company law, capital market and taxation for detecting and prosecuting or recommending for prosecution white collar crimes/frauds.

b) The SFIO will normally take up for investigation only such cases, which are characterized by –

i) complexity and having inter-departmental and multi- disciplinary ramifications;
ii) substantial involvement of public interest to be judged by size, either in terms of monetary
iii) the possibility of investigation leading to or contributing towards a clear improvement in systems, laws or procedures.

c) The SFIO shall investigate serious cases of fraud received from Department of Company Affairs. SFIO may also take up cases on its own, subject to para (d) below. The SFIO would make investigations under the provisions of the Companies Act, 1956 and would also forward the investigated reports on violations of the provisions of other acts to the concerned agencies for prosecution/appropriate action.

d) Whether or not an investigation should be taken up by the SFIO would be decided by the Director, SFIO who will be expected to record the reasons in writing. These decisions will be further subject to review by a coordination committee.


4. With a view to review the functioning of the SFIO and to make it more effective, the Central Government constituted an Expert Committee under the Chairmanship of Shri VepaKamesam formerly Deputy Governor, Reserve Bank of India. The committee deliberated upon various issues relating to investigation of corporate fraud, based on the experience of SFIO and the recent developments in India and global arena. In its report dated 29th April, 2009, the committee gave various recommendations to suggest statutory, administrative and organizational changes for improving the effectiveness and to ensure efficient discharge of duties by SFIO. The committee had carefully considered views and opinions of different regulatory and investigative agencies and gave its recommendations to the Ministry in developing its proposals for legislative changes and institutional development towards dealing with corporate fraud effectively and also making SFIO an effective investigative and law enforcement agency.


5. As per the Companies Act, 2013 , Serious Fraud Investigation Office (SFIO) has been established through the Government of India vide Notification NO. S.O.2005(E) dated 21.07.2015. It is a multi-disciplinary organisation under the Ministry of Corporate Affairs, consisting of experts in the field of accountancy, forensic auditing, banking, law, information technology, investigation, company law, capital market and taxation etc. for detecting and prosecuting or recommending for prosecution white collar crimes/frauds.

(a) on receipt of a report of the Registrar or inspector under section 208 of the Companies Act, 2013;

(b) on intimation of a special resolution passed by a company that its affairs are required to be investigated;

(c) in the public interest; or

SFIO is a multi-disciplinary organisation under Ministry of Corporate Affairs, consisting of experts in the field of accountancy, forensic auditing, law, information technology, investigation, company law, capital market and taxation for detecting and prosecuting or recommending for prosecution white-collar crimes/frauds. SFIO has head office in New Delhi and regional offices in Maharashtra, Andhra Pradesh, Tamil Nadu and West Bengal . The shot in the arm for the probe agency also comes at a time when the government is cracking the whip on suspected shell companies being used for illegal activities, including money laundering and tax evasion. The SFIO has been a multi-disciplinary organisation having experts for prosecution of white-collar crimes and frauds under the companies law.

Contact me Click here to view my all Articles Follow User
Previous article Don't wait for 25th Aug,2017 for filing your GSTR 3B, Do it today as GSTN website may crash due to last hour rush By Pranav Kumar
Next article All About Section 234F Penalty for Late Filing of Income Tax Return (ITR) After Due Date U/S 139(1) by CA Rahul Agrawal 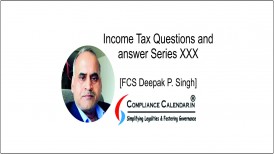 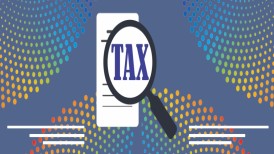 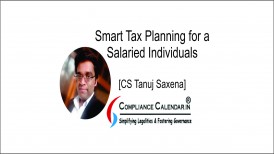 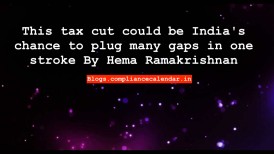 Best Offers for CA and Professionals by Tax Software Companies 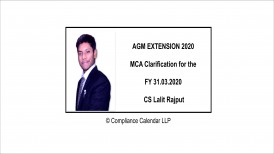