Critical Interpretation and Impact of the IBC (Amendment) Ordinance, 2020 By Akhilesh 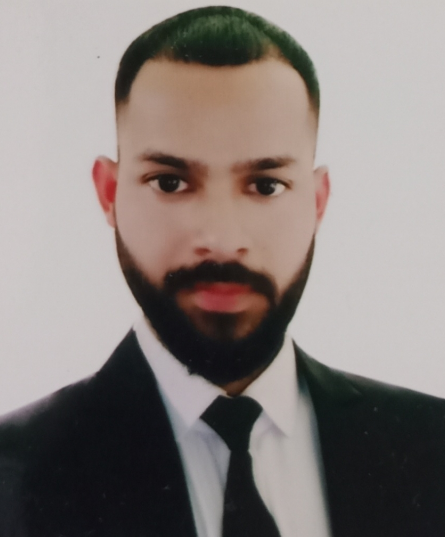 “COVID 19 pandemic has impacted business, financial market and economy all over the world, including India, and created uncertainty and stress for business for a reason beyond their control. A national-wide lockdown is in force since 25 March 2020 to combat the spread of COVID 19, which has added disruption of normal business operation; it is difficult to find an adequate   number of resolution applicant to rescue the corporate person who may default in the discharge of their debt obligation.

It is considered expedient to suspend under Section 7, 9 and 10 of the IBC, 2016 to prevent corporate person, which are experiencing distress on account of the unprecedented situation, being pushed into insolvency proceeding under the said Code for some time. It is also expedient to exclude the default arising on account of unprecedented situation for insolvency proceeding under this code.”

Therefore, in the exercise of the power conferred by clause (1) of Article 123 of Constitution, with the satisfaction of President of India that circumstances exist which render it necessary for him to take immediate action; the President is pleased to promulgate the Ordinance, “The Insolvency and Bankruptcy Code (Amendment) Ordinance, 2020.

Explanation – For the removal of doubts, it is hereby clarified that the provisions of this section shall not apply to any default committed under the said sections before 25th March 2020."

2. Amendment of Section 66, ad verbatim, In section 66 of the Principal Act, after subsection (2), the following subsection shall be inserted, namely:
"(3) Notwithstanding anything contained in this section, no application shall be filed by a resolution professional under sub-section (2), in respect of such default against which initiation of the corporate insolvency resolution process is suspended as per section 10A."

I. Insertion of new Section 10A
a. The word used in the ordinance is “Corporate debtor” The definition provided under Section 2(8) of the Code means a corporate person who owes a debt to any person. Now next question will be to whom we considered as a corporate person used in the definition of the corporate debtor. The definition of the corporate person is being provided under Section 2(7) of the Code, “means a company as defined in clause (20) of section 2 of the Companies Act, 2013 (18 of 2013), a limited liability partnership, as defined in clause (n) of sub-section (1) of section 2 of the Limited Liability Partnership Act, 2008 (6 of 2009), or any other person incorporated with limited liability under any law for the time being in force but shall not include any financial service provider;

From the above definition, one can infer that the prohibition is only against Corporate Debtor and not against any other forms of entity such as Individuals, Partnership firms etc.
b. What will be considered as “default”, the definition provided under Section 2(12) of the Code means non-payment of debt when whole or any part or instalment of the amount of debt has become due and payable and is not paid by the debtor or the corporate debtor, as the case may be”

The word “debt” used in the definition of default  means a liability or obligation in respect of a claim which is due from any person and includes a financial debt and operational debt as provided under Section 2(11) of the Code;

Default shall be construed as the non-payment of liability or obligation in respect of a claim, which is due from any person and includes a financial debt and operational debt when whole or any part or instalment of the amount of liability or obligation, has become due and payable and is not paid by the debtor or the corporate debtor.
c. Another pertinent question arises that what date will be considered as “effective date" from which 6 months or such further period, not exceeding one year be triggered?

The effective date for triggering the period under the Ordinance shall start from 25 March 2020 and continues up to 24 September 2020 or maybe extended for up to 12 months, that is, up to 24 March 2021, by notification.
d. Furthermore, the Ordinance by way of a proviso provides that “no Application shall ever" be filed for initiation of CIRP against a corporate debtor for the said default occurring during the said period. The question may arise that whether if the default persists even the expiry of the said period, a creditor will be barred and prohibited under Ordinance from filing an application seeking initiation of CIRP, for the reason that the default occurred after 25thMarch 2020, and whether such Corporate Debtor should continue to enjoy the Ordinance shield?

This question is evidently and undoubtedly answered vide the explanation provided under the Ordinance that it doesn’t shield the Corporate Debtor from the CIRP post that period as long as the said Default continues & accrues thereafter.

However, there may be the case for some practical issue, which may occur in near future about the interpretation of the word used “no application shall ever be filed" we try to clarify with some presumptive and assumptive case situations as follows:

Case-based on presumption and assumptions:

The expression “no application shall ever be filed’ as used in the first proviso to Section10A cannot be interpreted as protection to corporate debtors or prohibition for filing,  even after the grace period i.e. 24 September 2020 for the time being. If such an interpretation assigned the provision becomes illogical, absurd and contradictory.  Absolute, unlimited and endless protection would rather unfeasible, impractical and non-viable also contradictory to the object and intent behind the Code 2016.
II. Amendment of Section 66

a. The Ordinance also provides an amendment to Section 66 by insertion of Subsection 3 to the principal Act thereby prohibiting the Resolution Professional from filing an application under Section 66(2) of the Code. After perusal of sub-section (3) to Section 66 implies that there will be a prohibition on the resolution professional to file an application under Section 66(2). Section 66 of the Code deals with Fraudulent trading or wrongful trading, i.e., transactions which were committed to defraud the creditors of the corporate debtors and to identify and hold liable such persons who were responsible for such fraudulent transactions. Now after amendment Directors/Partners of a Corporate Debtor shall not be held liable even in future for wrongful trading committed during the shield period.

III. Other Obscurities emanates from Ordinances are as follows:

a. IBC, 2016 is the sole insolvency & Bankruptcy mechanism available under the Indian Law. This Ordinance will deprive the bonafide Corporate Debtors, whose Default, accrues during the subjected period, from taking resort to the insolvent law for a legitimate Insolvency Resolution Plan.

b. It also deprives its financial & operational creditors of offering a Resolution Plan for the said Default accruing during the subjected Period.

c. Insertion of Sub Section 3 to Section 66 of Principal act and prohibition the Resolution Professional to file an application under Sub Section 2 of Section 66 of the Code 2016, will promote and protect the Directors/Partners of a Corporate Debtor to engage in wrongful trading during the subjected period. The insertion of subsection (3) to Section 66 seems contrary and divergent to the purpose of the IBC 2016, in particular, Section 66 and require clarification or explanation.

d. No relaxation for MSMEs, either as creditors or as debtors. MSMEs will not be able to invoke CIRP even when the default by their debtors. Therefore, MSMEs may also be prone to willful non-payments by debtors. However, there is no relaxation of Section 16 of the MSME Act, which calls for payment of interest to MSMEs for the delay in payments. Therefore, those who owe money to MSMEs would still need to pay interest under the said provisions of the MSME Act.

About Author :
A young enthusiastic lawyer and being a qualified Company secretary and CIA+, having experience in Corporate Law.

Further Issuance of Shares- Section 62 (1) of the Companies Act, 2013 By ACS Divya Modani

IBBI organises Seminar on the occasion of International Women's Day

Details of Central Taxes collected by the Union Government

Gujarat 7 get jail terms for harassing lioness in Gir forest

5390 + People Trust Us
To Get Their Daily CCNewsletter On
Corporate Laws, Taxation and Business Ecosystem