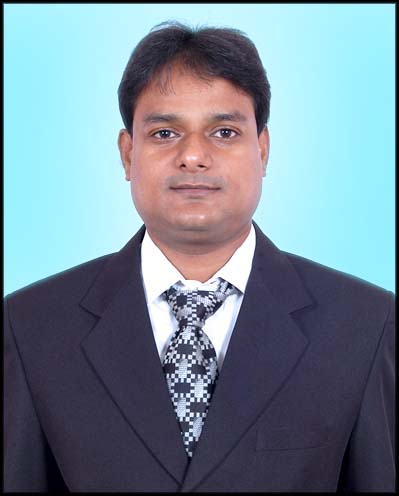 Description about Goods And Service Tax

Goods and Services Tax is an indirect tax or consumption tax, Seventh schedule to the constitution of India covers the basic Structure of Indian taxation. The rights of taxation are given to both Central under List I (Union List) and to the State under List II (State List). Due to insertion of Article 246A it is imperative to amend union list and state list to make the proper arrangement of GST. In the History of Indian Constitution first time it was introduced where any collection of taxes under both the list (Union list & State List).

Reverse charge is a mechanism where the recipient of the goods and/or services is liable to pay GST instead of the supplier.

In a country like ours, which was mostly dominated by unorganized sectors. The logic behind introducing the Reverse Charge mechanism from the fact that, the unorganized business sector which is pretty large was unable to pay taxes intentionally or unintentionally hence needed of collecting tax from the service recipient itself which was properly formulated was termed as Reverse Charge.

Reverse Charge is not introduced by GST. It is needed to note that the reverse charge mechanism has existed in service tax regime and several services were added to the list of services under Reverse Charge Mechanism (RCM). Similarly at the VAT regime in many states had provisions with purchases by registered dealers from unregistered dealers and a tax required to be deposited on the said purchases termed as purchase Tax.

Basics behind introducing reverse charge to ensure better administration section 68(2) of the Finance act, 1994, not only the service receiver liable to pay service tax rather any other person which the government may notify can be made liable to pay service tax, and this was also challenged due to the RCM to be paid by the service receiver instead of the service provider such tax to be termed as Direct tax not as Indirect Tax.

The question of Validity of RCM at the GST Regime

Once again to elaborate that Article 246 (SEVENTH SCHEDULE) of the Indian Constitution, distributes legislative powers including taxation, between the Parliament and the State Legislature. Schedule VII enumerates these subject matters with the use of three lists.

List - I entailing the areas on which only the parliament is competent to makes laws,

List - II entailing the areas on which only the state legislature can make laws,

List - III listing the areas on which both the Parliament and the State Legislature can make laws upon concurrently.

Before GST Regime separate heads of taxation are provided under lists I and II of Seventh Schedule of Indian Constitution. There is no head of taxation in the Concurrent List (Union and the States have no concurrent power of taxation). After 101 constitution bill GST is under both the list where Centre and State both can collect GST.

Article 19 (1) (g) of the Indian Constitution guarantees to all citizens the right to practice any profession, or to carry on any occupation, trade or business. Reverse Charge Mechanism imposes various barred to the small business units those who are not registered or not required to take registration under GST Act.

Why it is Direct Tax

Reverse Charge Mechanism (RCM) to be paid by the service/Goods receiver instead of the provider such tax to be said as direct taxes and direct taxes under the list I of the Seventh Schedule where Parliament can make the laws, state legislature can’t have the power to make laws. So here we can say RCM is un constitutional.

The following disadvantages from the part of the un registered Dealer/Person:-

The following disadvantages from the part of the registered Dealer:-

Whereas a single, national, domestic market is necessary to make the Indian economy friendly and competitive in nature without discrimination. Free flow of trade and commerce Intra and Inter State borders is an important aspect for ensuring economic unity and diversity and prosperity of a country. Freedom of “trade, commerce and intercourse throughout the territory of India”, subject to the other provisions of Part XIII is assured and declared by Article 301  to 305 of the Constitution of India. The object of this freedom is to disallow barriers Inter States and within the States and make India a single unit with a view to creating an environment, conducive to trade and commerce.

To abolish this type of barrier like RCM can make one India with one nation one market where all the persons and entity can do business and profession (guaranteed by Constitution) can take same opportunity without any burden and complexity of Taxes. Because GST has been shown to be a simple, efficient, and successful form of indirect taxation. And would contribute significantly to the economic development. The GST is awaited by all who have adopted the inefficient, irrational and complex indirect tax system in India. Clearly-drafted legislation will go a long way toward making GST a success so that in the name RCM another branch of GST will not succeed.

About Author :
22 YEARS EXPERIENCE IN THE FIELDS OF TAXATION