Bare Act- “Director” means a director appointed to the Board of a company.

As per Section 166, director shall not assign his office to any other person.

No. Sec. 149(1)- Every company shall have BOD consisting of individuals as directors. None of the above qualifies as an individual so they can’t be appointed as the director.

Yes. Section 149(1) mandates that, only an Individual can be appointed as a director. But that individual can be resident as well as a non-resident. But as per Sec. 149(3), every company shall have at least one director who has stayed in India for a total period of not less than 182 days in the previous calendar year i.e. it requires at least one Resident Director.

As per Section 152, names of the First Directors are generally mentioned in the articles.
Promoters need to declare the names of first directors in Form INC-1.
Where their names are not mentioned in the articles, the subscribers to the memorandum who are individuals shall be deemed to be the first directors of the company until they are duly appointed.

Officer and other definitions

As per Section 2(59), Officer includes any director, manager, KMP or any person according to whose direction BOD or majority of directors are accustomed to act. This means “Officer” is a wider term than a director and every director is officer but every officer is not a director.

As per Section 2(53), Manager means an individual who subject to the superintendence, control and direction of the BOD, has the management of the whole, or substantially the whole, of the affairs of the company. It includes a director assigned with the duties of the manager, whether under a contract of service or not. This means every manager need not to be a director of the company but if a director is having a role of manager; it may be treated as manager. The phrase ‘under a contract of service or not,’ further implies that a Manager can be a WTD (Executive Director) as well as a part time director (Non-Executive Director). He needs not to be under an employment of the company.

As per Section 2(54), Managing Director means a director who,

A Company cannot have both MD as well as Manager at a time. Manager can be both WTD as well as part time director, but MD is always a WTD. WTD includes a director in the whole time employment of the company and is one of the KMP. WTD doesn’t enjoy any powers of management unlike MD or Manager. He is given certain assignment in the company through a contract of employment and his employment is prescribed in Sec 196 and Schedule V of the Act.

MD is entrusted with substantial powers of management of affairs of the company, which would not otherwise be available to a director (e.g. power to affix common seal of the Co., to draw and endorse any cheque/negotiable instrument on account of the company).


Sec 2(18) - CEO means an officer of a company, who has been designated as such i.e. it can also be a Manager, KMP or any director. CEO cannot be deemed while officer can be deemed.

Sec 2(19) - CFO means a person appointed as the CFO. It is necessary for CEO to be an officer while CFO can be any person.

This was all about Directors and other officers of the company. I hope it will be useful to all of you. Do mail me your feedback at authorpulkitgupta@gmail.com

Contact me Click here to view my all Articles Follow User
Previous article Issue of Unsecured Non-Convertible Debentures to a Private Sector Bank by CS Ravi Bhushan Kumar
Next article Secretarial Audit Concept and its applicability under Companies Act, 2013 by CS Yashree Dixit 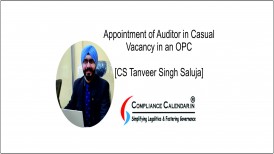 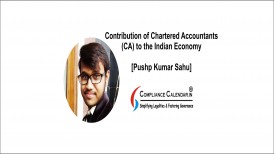 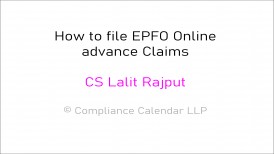 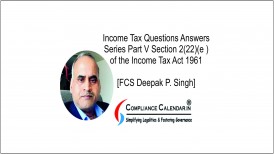 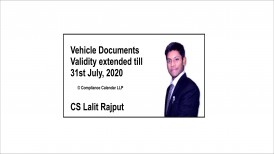