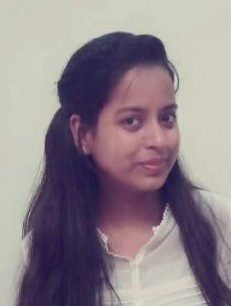 Corporate Law, Companies Act 2013, Knowledge, Articles, Company Secretary,
In today’s post I will enlighten all the learned professionals about the common seal of the company, what importance does it hold and whether it is compulsory to have a common seal or not.

What is a common seal?

To start with the basics of the seal the dictionary meaning of common seal is “Stamped or blind-embossed (see blind embossing) imprint of a firm's legal name, as additional evidence that an agreement or a document was executed on behalf of the firm by its authorized agents or officers. Also called corporate seal.”

In general, Common Seal means a metal stamp for stamping documents with the name of the company to show that they have been approved officially.

There is no definition prescribed under the Companies Act, 1956 and Companies Act, 2013. As per the Secretarial Standards issued by Institute of Company Secretaries of India, Common Seal means, the metallic seal of a company which can be affixed only with the approval of the Board of Directors of the Company. It is the signature of the company to any document on which It is affixed and binds the company for all obligations undertaken in the document.

Why is common seal required?

We are all aware that company being an artificial person cannot act on its own, therefore for carrying out its activities and for entering into various agreements its acts through its Board of Directors. But how does a company enter into such agreements? The answer to it is the common seal of the company which is used as the signature of the company, which binds the company for all the obligation undertaken by the company. It is to be used in the manner prescribed in the Articles of Association and the Companies Act, 2013. Any document, on which the company’s seal is affixed and is duly signed by the authorized official of the company becomes binding on the company.

The common seal has many uses and benefits when used on company documents. The main importance is that it makes the documents and deeds entirely authentic and authoritative. Moreover, the seal makes sure that the documents are not easily forged. Thus, it averts cases of fraud that arise from the quick and easy forgery of the managers’ signatures. Moreover, the seal is authorized for use by a limited number of employees in an organization.

Physically, seals used to be used to make an impression on melted wax on the relevant document endorsing them as the official transactions of the company, although modern seals will usually only leave an indentation or impression on the paper.

How is common seal affixed?

A) Article 2(ii) of TABLE F - Articles of Association of a Company Limited by Shares specifies that every certificate shall be issued under the seal of the Company.

Documents on Which Common Seal is Mandatory?

Under the Companies Act, 2013, the following documents are statutorily required to be affixed with a Common Seal:

Though in Companies Act, 2013, a common seal was required for a Company to provide various authorizations and attestations on behalf of the Company which now has been made optional and the Director's signature is acceptable in lieu of the common seal of the Company. But Considering the facts, the Common Seal is indispensable. On affixing the common seal, there is a legal obligation on the part of the authorized officials and the Company and must be therefore affixed in accordance with the Articles of Association of the Company on the above-mentioned documents.

Register and Custody of Common Seal

Every company should maintain a register containing particulars of documents on which the Common Seal of the company has been affixed and should be kept at the registered office of the Company.

How do I get a new corporate seal?

About Author :
A Associate Company Secretary and a CA Aspirant, I Ankita Gupta have just started my career into the legal field and would learn & grow at every given opportunity.

Contact me Click here to view my all Articles Follow User
Previous article A Note on Legality of Employment Bond [Series-II] By CS Deepesh Maheshwari
Next article Amendment in SEBI (LODR) Regulations, 2015 [Disclosure Format For PCS) By CS Sachin Mavi

What is the Procedure for Listing on the SME Exchange? Compilation by CS Shweta Gupta

ROC Annual Filing in Connection with AGM: An Overview By CS Lalit Rajput

More than 280 units in SEZs, manufacturing essential items like pharmaceuticals and hospital devices, are operational

Relaxation in compliance with requirements pertaining to AIFs and VCFs

Ministry of Corporate Affairs introduces the “Companies Fresh Start Scheme, 2020” in the wake of COVID 19