It was of the opinion of MCA that there are certain matters which is considered to be important for reporting financial statements for some entities as a part of Auditor’s report. There is a requirement on the part of the auditor of those certain entities to report on some particulars points as mentioned under section 143 of the Companies Act, 2013 after doing all the necessary inspections and verifications of the same.

CARO 2016 is applicable to all the companies including a foreign Company except the following (which) are specifically excluded from its purview:

Scope:
Number of Companies are now covered in CARO, 2016. There are mainly two factors that have widened the application of CARO 2016 viz. Small Companies and Foreign Companies
As per sec 2(85) of Companies Act 2013 small company means a company, other than a public company:

a) Paid up share capital of which does not exceed 50 lacs or such higher amount as may be prescribed which shall not be more than 5 crores, and

b) Turnover of which as per its last profit and loss account does not exceed 2 crore or such higher amount as may be prescribed which shall not be more than 20 crores.
Note: The following company shall not qualify as a small company:
a) A holding company or a subsidiary company.
b) A company registered under Section 8 of the Act.
c) A company or body corporate governed by any special act.
The definition of Foreign Company has been also widened in section 2 (42) under Companies Act, 2013. Now, a Company shall become foreign Company if such Company or body corporate incorporated outside India has a place of business in India whether by itself or through an agent, physically or through electronic mode and conducts any business activity in India in any other manner.
Note:

The auditor of the following Private Company is not required to comment on the matter prescribed under CARO 2016:

i) A private company which is not holding or subsidiary Company of a public company;

ii) A private company having paid up capital and reserve and surplus not more than Rs 1 Crore as on the balance sheet;

iii) A private company which does not have total borrowing exceeding Rs. 1 crore from any bank and financial institution at any point of time during the financial year;

iv) A private company which does not have total revenue exceeding Rs 10 Crore during the financial year; and

v) CARO shall also not apply to the auditor's report on the consolidated financial statement (CFS) of the Company.

Such revenue means revenue as disclosed in schedule III to the Companies Act 2013 and includes revenue from discontinuing operation.

I. Revenue from operations

III. Total Revenue (I + II)
In respect of a company other than a finance company revenue from operations shall disclose separately in the notes revenue from:

(a) Sale of products;

(b) Sale of services;

(d) Excise duty.
Other income shall be classified as:

(a) Interest Income (in the case of a company other than a finance company);

(d) Other non-operating income (net of expenses directly attributable to such income).
Paid-up Capital, and Reserve & Surplus:
Borrowings from Banks and Financial Institutions:

The MCA has issued the Companies (Auditor’s Report) Order, 2016 (CARO, 2016) which is applicable for audits of financial statements for periods beginning on or after April 1, 2015. The CARO 2016 contains several new/modified reporting requirements vis-a-vis the CARO 2003/ CARO 2015.

The ICAI, with a view to providing appropriate guidance to its members, has brought out Guidance Note on the Companies (Auditor’s Report) Order, 2016. It is divided into:

(a) The relevant provision which contains Requirement of all clauses;

(b) Audit procedures and Reporting which cover Procedure to be adopted by the auditor.

The below linked Guidance Note has been written in an easy to understand language and contains detailed guidance on various Clauses of CARO 2016 and the various issues and intricacies involved therein so that the requirements and expectations of the Order can be fulfilled in letter and spirit by the auditors. It’s a comprehensive and self-contained reference document for the members. 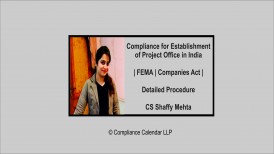 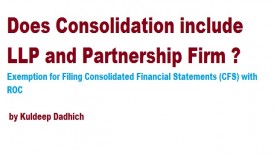 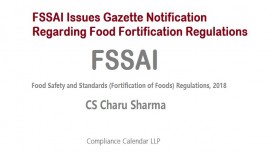 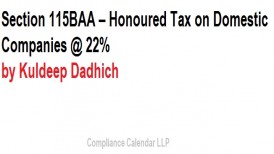 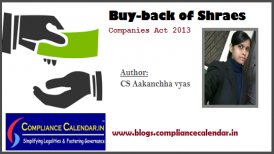 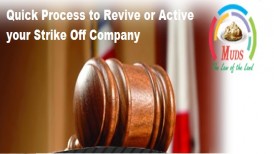