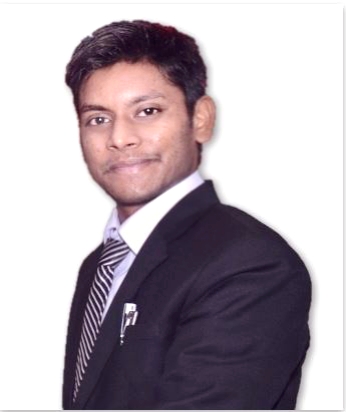 Interim Budget 2019-20 was presented in Parliament today by the Union Minister for Finance, Corporate Affairs, Railways & Coal, Shri Piyush Goyal. Besides having a major Scheme for the farmers, it provides tax sops and sets the Developmental Agenda for the years to come.

A New Deal for 12 Crore Small and Marginal farmers with direct income support, a path-breaking Pension initiative for 10 Crore unorganized sector workers, exempting income up to Rs 5 lakhs from Income Tax, reforms in stamp duty, highest ever budgetary allocation of Rs 3 lakh crore for Defence, record allocation of funds at Rs 58,166 crore for North Eastern Areas, a new AIIMS for Haryana, single window clearance for Indian filmmakers at par with foreigners and higher budgetary allocations for Education, Health, Infrastructure and for the welfare of weaker sections including Scheduled Castes and Scheduled Tribes, a Separate Department of Fisheries for welfare of 1.5 crore fisherman are some of the major highlights of the Interim Budget 2019-20.
Major Schemes:

New Scheme- namely “Pradhan Mantri Kisan Samman Nidhi (PM-KISAN)” to extend direct income support at the rate of Rs. 6,000 per year to farmer families, having cultivable land upto 2 hectares is announced.
The launch of a historic programme PM-KISAN with an outlay of Rs.75,000 crore for the FY 2019-20 and Rs.20,000 crore in the Revised Estimates of FY 2018-19”.
Under this Government of India funded Scheme, Rs.2,000 each will be transferred to the bank accounts of around 12 crore Small and Marginal farmer families, in three equal installments. This programme would be made effective from 1st December 2018 and the first installment for the period upto31st March 2019 would be paid during this year itself.

The government wants to promote further growth over 7% to promote the livelihood of about 1.45 crore people dependent on the sector.

The Finance Minister announced 2% interest subvention to the farmers pursuing the activities of animal husbandry and fisheries, who avail loan through Kisan Credit Card. Further, in case of timely repayment of the loan, they will also get an additional 3% interest subvention.

Allocation of Rs.750 crore for Rashtriya Gokul Mission has been announced for the current year itself. Setting up of "Rashtriya Kamdhenu Aayog" to upscale sustainable genetic upgradation of cow resources and to enhance production and productivity of cows has also been announced. The Aayog will also look after effective implementation of laws and welfare schemes for a cow.

To provide pensionary benefits to at least 10 crore laborers and workers in the unorganized sector a new Scheme called 'Pradhan Mantri Shram-Yogi Maandhan' is announced.  The Finance Minister said that within the next five years it would be one of the largest pension schemes of the world. A sum of Rs.500 crore has been allocated for the Scheme. Additional funds will be provided as needed, Shri Goyal added. The scheme will also be implemented from the current year.
Growth and FDI:

The Finance Minister Shri Piyush Goyal stated that a stage for high growth in decades to come, has now been set, after a wave of next-generation path-breaking structural reforms over the last five years, including the introduction of Goods and Services Tax (GST) and other taxation reforms.

The country witnessed its best phase of macro-economic stability during the last five years. “We are the fastest growing major economy in the world with an annual average GDP growth during the last five years higher than the growth achieved by any Government since economic reforms began in 1991. From being the 11th largest economy in the world in 2013-14, we are today the 6th largest in the world”, the Finance Minister asserted in the Opening Remarks of his Budget speech.

Shri Goyal said that due to such a stable and predictable regulatory regime, growing economy and strong fundamentals, India could attract a massive amount of as much as $239 billion of Foreign Direct Investment (FDI) during the last 5 years, when most of the FDI was allowed to come in through the automatic route.
The key highlights of the Interim Budget 2019-20 presented by the Union Minister for Finance, Corporate Affairs, Railways & Coal, Shri Piyush Goyal in Parliament today are as follows:

Customs and trading across borders

1. Moving towards realizing a ‘New India’ by 2022 -
Vision for the next Decade
Ten dimensions of Vision for India of 2030

India would be a modern, technology-driven, high growth, equitable and transparent society

About Author :
Company Secretary and graduate in B.com from the Delhi University, possesses professional experience of more than 4 years in handling Secretarial and Compliance management.

Updates on COVID-19: Ministry of Health

Income Tax due for FY19? Pay interest at just 0.75% per month before this date