Awareness Of Legal Metrology Act in India by Harshdeep Narula 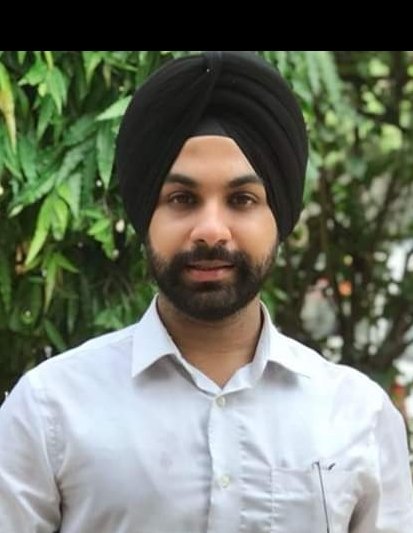 WHAT DO YOU UNDERSTAND FROM TERM “LEGAL METROLOGY”?

* Establishment of Standards of Weights and Measures – Under UNION LIST – Entry 50: To frame the Act and Rules, Specification of Standards and International Relations, Training in Legal Metrology etc.

* Weights and Measures except establishment of Standards – under CONCURRENT LIST – Entry 33 A: Enforcement of Legal Metrology.

Legal Metrology has definite and stringent rules related to weighing and measuring devices. Any importer, manufacturer, dealer, or repairer must obtain a proper valid license from the Legal metrology department to conduct their respective operations.

Measurements are so much a part of our daily lives that we often take them for granted and possibly don’t even notice them. For example

Very often, small errors in either direction average out over a large number of measurements. But biased errors can create considerable financial prejudice - for example, inaccurate measurements of oil at each of the many transaction points from the oil well to the end consumer can have serious economic consequences.

As another example of the importance of measurement, incorrect radiation doses in cancer treatment can have a critical effect on our health.

Legislation on measurements and measuring instruments is required in all these cases, as well as when there is a need to protect both the buyer and the seller in a commercial transaction, or where measurements are used to apply a sanction. Virtually all countries provide such protection by including metrology in their legislation – hence the term “legal metrology”.

The Legal Metrology Act, 2009: The Act received the assent of the President on the 13th January, 2010 and came into force with effect from 1st April, 2011. Department of Consumer Affairs is the nodal agency for the implementation of the Act. 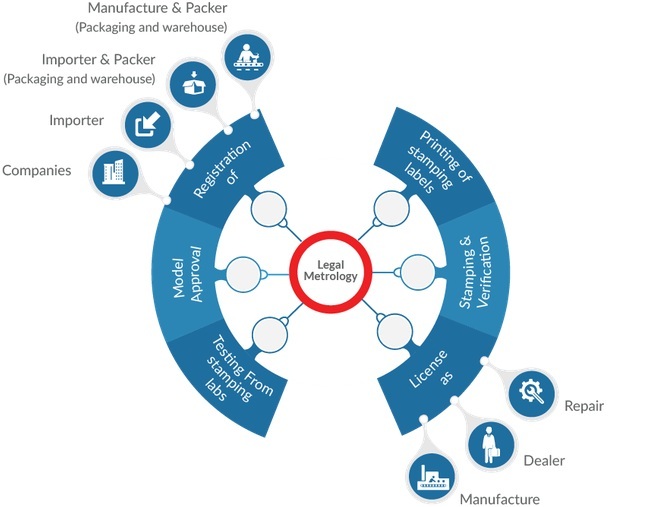 FOR WHAT PURPOSE LEGAL METROLOGY ACT IS USED?

In our view, the very sole purpose of this Act is to secure both the Business and Consumer at once. Because, when everything would be done as per the guided methods, measurements and rules, the possibility of harm to the consumer will fall at its lowest and also the same can help in cost cutting of the business and to function properly and as per the law of the land.

The Legal Metrology is very much important for the society, because it is the only act, which matches with the international standards of other such measurement and weight related acts, worldwide.

Following the guidelines of the act, will definitely help in the following:

WHY IT IS IMPORTANT FOR INDIAN BUSINESSES TO REGISTER ITSELF UNDER LEGAL METROLOGY ACT?

The registration would help business grow, as the product would be made and sold as per the guidelines, which will eventually save the cost to the business.

There would be a huge savings while production as well as packaging. It will also help the businessman to build a TRUST in his customers. As, customers will recognize that they are being getting the product verified by guidelines and in proper quantity or after proper check up and risk to their life is reducing.

WHY LEGAL METROLOGY IS THE NEED OF AN HOUR.?

As a Practicing Company Secretaries firm, we incorporate many companies, some of which has a particular business which should be registered under the act, as per the law. However, most of the companies chose not to get their product register, just to save some extra cost to them. What happens is, the business at some point of time gets served with the notice from the department, confirming why they do not have yet registered under the act and under which authority and by whose permission are they involved in production or packaging.

Ultimately the business gets served notice and do not have a proper and justifiable replies to give the department. They, then spend extra cost getting it registered, professional costs, reply to the notices and much more hassle, which will continue till the businessman spends a lot of amount and time in it.

It does not stop just here, Use or alteration of non-standard weight or measure is an offence under this act which is subject to penalties. The act provides with penalties in case a businessman manufactures or sales any non standard weight or measured product. The act also imposes penalty on companies, the person in charge of the company is deemed to be guilty under the act.

Transitional Issues in GST on Textiles By CA Rajeev Sharma

MCA (ROC) Compliance Calendar For the Month of April, 2019 By CS Lalit Rajput