Applicability of Insolvency And Bankruptcy Code 2016 By CS Aakanchha Vyas

The Insolvency and Bankruptcy Code, 2015 was introduced in the Lok Sabha on 21 December 2015. The Code was referred to a Joint Committee of Parliament on 23 December 2015 and recommended by the Committee on 28 April 2016. The Code was passed by the Lok Sabha on 5 May 2016 and by the Rajya Sabha on 11 May 2016. The Code received assent from President on 28 May 2016. The code is applicable to the whole of India.
The Insolvency and Bankruptcy Code, 2016 (IBC) is the bankruptcy law of India. The aim of this code is to consolidate the existing framework by creating a single law for insolvency and bankruptcy. The provision of this code is applicable to any company incorporated under the companies act 2013, or under any previous law, limited liability partnership incorporated under LLP Act, 2008. Partnership firm and individuals, and any other body incorporated under any law for the time being in force.
Insolvency Resolution Process for Corporate persons:

The I&B Code is applicable to the corporate person only when the amount of default is not less than one lakh rupees and not more than one crore rupees.

The Adjudication Authority after ascertaining the existence of default from the records available with information utility or other evidence furnished by the applicant, if satisfied that default has occurred and the application is complete in all manner then accept the application and communicate his decision to the applicant. When the adjudicating authority passes the order of admission of such application that date called the insolvency commencement date.

The Adjudicating Authority after the admission of the application declare the moratorium period, make a public announcement for submission of claims, and appoint an interim resolution professional.

After the order of approval, the moratorium order passed by the adjudicating authority shall cease to have an effect and the resolution professional shall forward all records relating to the conduct of the corporate insolvency resolution process and the resolution plan to the Board to be recorded on its database.
Liquidation Process:

Where the Adjudicating Authority before the expiry of the insolvency resolution process period or the maximum period permitted for completion of the corporate insolvency resolution process does not receive a resolution plan or rejects the resolution plan for the non-compliance of the requirements, it shall pass the order of liquidation and issue a public announcement.
When a liquidation order has been passed no suit or another legal proceeding shall be instituted by or against the corporate debtor, but legal proceeding may be instituted by the liquidator on behalf of the corporate debtor, with the prior approval of the adjudicating authority.
The liquidator shall receive and collect the claims of creditors within a period of thirty days from the date of commencement of the liquidation process.

A creditor may withdraw or vary his claim within fourteen days of its submission.

The liquidator shall verify the claims within thirty days from the last date of receipt of the claim. 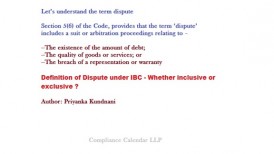 Definition of Dispute under IBC - Whether inclusive or exclusive ? Compilation by Priyanka Kundnani 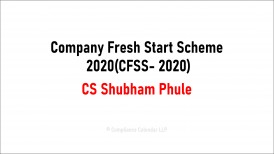 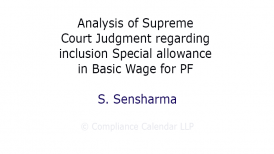 Analysis of Supreme Court Judgment regarding inclusion of Special allowance in Basic Wage for PF By S. Sensharma 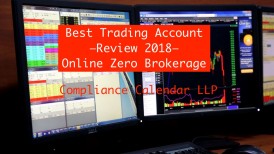 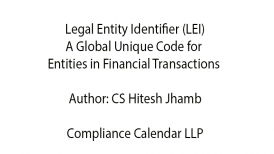 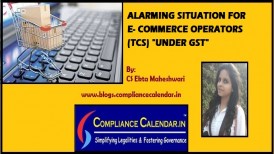