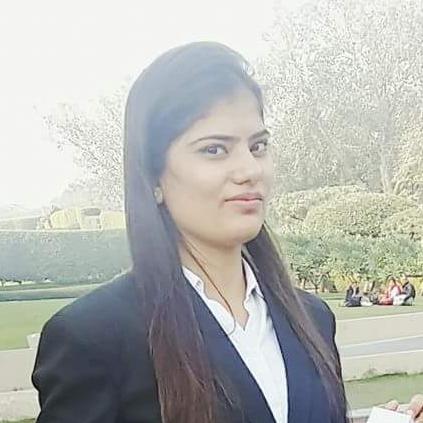 Amendments in Section 89 & 90 was one of the major amendments brought in by the Companies (Amendment) Act, 2017 after considering the practical challenges in these Rules amended the provisions of SBO Rules through its notification dated February 8, 2019through notification, has enforced the amended provisions of Section 90 of the Companies Act, 2013and has introduced the Companies (Significant Beneficial Owners) Rules, 2018 (“SBO Rules”). This is one of the most onerous provisions rolled out by MCA. The purpose of this Section is to ask companies ‘Pardekepeechekaunhai? Saamneaao!’The present Article explains the provisions of the amended Section 90 and the amended Rules.

“Every individual, who acting alone or together, or through one or more persons or trust, including a trust and persons resident outside India, holds beneficial interests, of not less than twenty-five per cent. or such other percentage as may be prescribed, in shares of a company or the right to exercise, or the actual exercising of significant influence or control as defined in clause (27) of section 2 of the Act.

As per the definition provided in the Act, the government is empowered to prescribe other holding percentage even for the determination of the SBO. Accordingly, the amended Rules provides the following definition as –

“Significant Beneficial Owner” means an individual referred to in sub-section (1) of section 90 (holding ultimate beneficial interest of not less than ten per cent.) read with sub-section (10) of section 89, but whose name is not entered in the register of members of a company as the holder of such shares, and the term ‘significant beneficial ownership’ shall be construed accordingly.

The definition of an SBO has been amended by the Amendment Rules as follows:-

An SBO in relation to a reporting company means every individual, who acts alone or together, or through one or more persons or trust, including a trust and person who resides outside India:

SBO not considered: - The Amendment Rules specifically provide that no individual will be an SBO only by holding direct stake in a company. Accordingly, if an individual does not have an indirect holding in a company, such individual shall not be considered as an SBO.

The Amendment Rules provide that an individual will be considered to hold a right or an entitlement directly in the reporting company, if the following criteria are met:

The Amendment Rules provide that an individual will be considered to hold a right or entitlement indirectly in the reporting company:

(b)  Holds majority stake in the body corporate which is a partner of the partnership entity; or

(c) Holds majority stake in the ultimate holding company of the body corporate which is a partner of the partnership entity.

(a) A trustee in case of a discretionary trust or a charitable trust; or

(b) A beneficiary in case of a specific trust; or

(c) An author or a settlor in case of a revocable trust.

(b)  An investment manager; or

(c) A chief executive officer, where the investment manager of such pooled vehicle is a body corporate or a partnership entity.

Declaration of beneficial interest by SBO

Every Significant Beneficial Owner (SBO) is required to file a declaration in Form No. BEN-1 to the company in which he holds the significant beneficial ownership:-

Reporting requirements of the reporting company

For this purpose, every reporting company is required to give notice to its members in Form BEN-4 seeking information regarding significant beneficial ownership, where its members (other than individuals) hold not less than 10% of the shares, voting rights or right to receive or participate in the dividend or any other distribution payable in a Financial Year.

Register of SBO in a company

Non-applicability of the Amendment Rules

The following are excluded from the applicability of the Amendment Rules:

The format of the Forms BEN-1, BEN-2, BEN-3 and BEN-4 has been provided; the electronic version of the same is still awaited. The contents of the forms are same as provided in the draft rules, the only change is in numbering of the forms.

The Amendment Act is a welcome change since it has resolved various ambiguities that existed in the old SBO regime.

However certain complexities still remain in the definition of an SBO which may require a detailed analysis of direct and indirect holdings for appropriately identifying an SBO and consequent disclosure requirements in a Reporting Company.

The stricter disclosure requirements for a reporting company and the SBO brought about by the Amendment Rules might lead to transparency in the shareholding structures and may help the authorities identify and prevent prohibited activities. 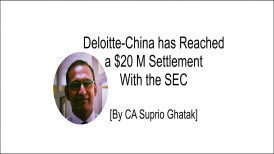 5374 + People Trust Us
To Get Their Daily CCNewsletter On
Corporate Laws, Taxation and Business Ecosystem