An Insight Into Consumer Protection Bill, 2018 By CS Vishal Agrawal

The Consumer Protection Bill, 2018 was introduced in Lok Sabha by the Minister of Consumer Affairs, Food and Public Distribution, Mr. Ram Vilas Paswan on January 5, 2018. The Bill replaces the Consumer Protection Act, 1986. The object behind the Bill is to protect consumer interests and enable quick and effective administration and settlement of disputes by responding to the new changes in the market.
Although the Consumer Protection Act, 1986 has been playing the role as a legislative measure, of protecting the interest of consumers, there have been several shortcomings that have called for its amendment. Some of the shortcomings like delay in disposal due to practical constraints in resolution process, not keeping pace with the new market dynamics, multi-layered delivery chains, misleading advertising and marketing machinery. Further, the need is emerging for new provisions to deal with the fast-changing technological and e-commerce being the latest. In order to address these shortcomings, this new Bill is a necessity.
Let us understand who is "Consumer'' under the bill- A consumer is defined as a person who buys any good or avails a service for a consideration. It does not include a person who obtains a good for resale or a good or service for commercial purpose. It covers transactions through all modes including offline, and online through electronic means, teleshopping, multi-level marketing or direct selling. It does not include a person who obtains a good for resale or a good or service for commercial purpose. It reflects the realities of the 21st century by widening of the definition of the consumer to include online, teleshopping etc. Further this bill provides for six consumer rights which includes right to be protected against marketing of goods and services which are hazardous to life and property, right to be informed of the quality, quantity, potency, purity, standard and price of goods or services, right to be assured of access to a variety of goods or services at competitive prices, and right to seek redressal against unfair or restrictive trade practices.
Under this bill, the central government will be going to set up a Central Consumer Protection Authority (CCPA) to promote, protect and enforce the rights of consumers. It will regulate matters related to violation of consumer rights, unfair trade practices, and misleading advertisements. The CCPA may impose a penalty on a manufacturer or an endorser for a false or misleading advertisement. The penalty for bringing false or frivolous claims has been increased from Rs 10,000 to Rs 50,000. CCPA can also prohibit the endorser of a misleading advertisement from endorsing that particular product or services for a specified period. However, the exceptional situation is there in which endorser may not be penalized.

Further, this bill provides for setting up of Consumer Disputes Redressal Commissions (CDRCs) at the district, state, and national levels and also the mediation cell attached to Consumer Disputes Redressal Commission at each level.
A unique concept has been introduced under it i.e. Product Liability Action, which envisages liability of manufacturer, producer or seller in certain circumstances specified herein. These are personal injury, death, damage to property caused to a consumer as a result of any defect in manufacturing, construction, formula, designing, preparation, assembly, testing, service, instruction, marketing, warning, packaging or labeling a product. This provides enough powers to the regulatory authority to recall products and cancels licenses if a consumer complaint affects more than one individual. The powers to take action for damage caused by a product will act as a deterrent for manufacturers since the liability quotient has increased.

The certain issue involved in the bill are-

The major significance of the bill is the extended liabilities of the manufacturer or an endorser for a false or misleading advertisement. Further, the celebrity status was often misused to market fraudulent products will be prevented and also the provision of mediation cell as it will promote alternate adjudication mechanisms and reduces the burden on the judiciary. With all its advantages and features along with the issues and shortcomings involved under the bill, it is a step forward for strengthening the consumer rights protection mechanisms so that the consumers are well aware of the rights and there is an effective mechanism to uphold the consumer rights.
Author

Contact me Click here to view my all Articles Follow User
Previous article Round Tripping of Funds – A Cross Border Hazard By CS S.Abhinav
Next article Simplification of online Return Filing process by GST Network By Shrijay Sheth [LegalWiz] 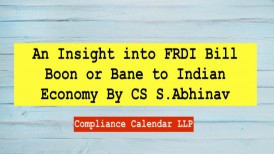 An Insight into FRDI Bill – Boon or Bane to Indian Economy By CS S.Abhinav 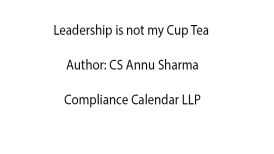 Leadership is not my Cup Tea By CS Annu Sharma 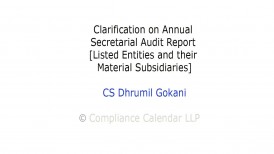 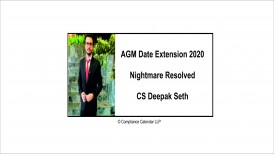 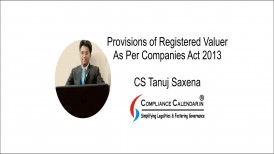 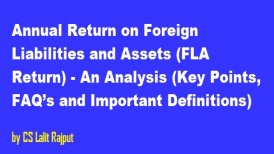