Amendments in Private Placement and Incorporation after Introduction of the Companies Amendment Act, 2017 By CS Kanika Kumar

Initially, Companies Amendment bill was passed by Lok Sabha on 27th, July 2017 and the decision with regard to the passing of Bill passed by Rajya Sabha on 19th December 2017 but the Consent of President was still required.

Now, the wait is finally over as on 3rd, January 2018, President gave his assent and the Companies Amendment Bill, 2017 passed and the focus of this amended Act, 2017 will be mostly on the Concept of Ease of Doing Business along with certain changes in Companies Act, 2013.

OBJECTS OF THE COMPANIES (AMENDMENT) ACT, 2017

In this article discussions about the Amendments made in the Concept of Private placement and Incorporation.

Any offer of securities or invitation to subscribe securities to a selected group of persons by a company (other than by way of the public offer) through the issue of a private placement offer letter and which satisfies specified conditions defined under Section 42 Read with Companies ( Prospectus and Allotment of Securities) Rules, 2014.

The Companies Act, 1956 and the SEBI (Securities and Exchange Board of India) guidelines and regulations governed the law relating to private placement, but the loopholes present in those laws were misused to a higher extent by the companies and their promoters, thereby compromising the interests of the shareholders.

The Companies Act, 2013 made significant changes in the law relating to private placement and made it unquestionable so as to prevent the malpractices taking place in the companies. With this new law, the procedure for private placement has become more structured, transparent and time-oriented as compared to the law under the 1956 Act.

Following are the Key Changes in the Conditions which are to be fulfilled for Private Placement:

The Private Placement offer shall be only made to the selected group of persons who have been identified by the board namely IdentifiedPersons which shall not exceed50 and not more than 200 people as per Rule 14 of Companies (Prospectus and Allotment of Securities) Rules, 2014 but the limit of 200 people shall not include the following persons in a financial year:

Private Placement offer shall be made to Identified Persons as decided by the Board and whose name and addresses are recorded by the Company.

Subscription money shall be paid either by:

Company shall not utilize the funds raised through Private Placement until the return of allotment through filing ofForm PAS-3 with the Registrar.

There are no restrictions on the number of offers to be made in a financial Year subject to that number of people to whom the offer is to be made should not be more than 200 people.

Following are the time limits which includes both When Company is able to allot its Securities and Vice versa:

Money received on application to be kept in a Separate Bank Account and further, to be only used for Allotment or its Repayment.

No Company shall release any advertisements, marketing, or Distribution channels or Agents or Media in order to inform the public at large about the Securities offered under Private Placement.

When a Company makes allotment of Securities, it shall file the return of allotment within 15 days of allotment which includes the list of allottee along with their Names, Addresses and Securities which are allotted.

Note: If a Company fails to file Return of Allotment within 15 days as prescribed, then both Promoters and Directors are liable to a penalty of One Thousand Rupees for each day till the default continues but not exceeding Rs. 25 Lakh.

If a Company makes an offer to the limit beyond as defined under Section 42 of the Companies Act, 2013 i.e. 200 people then,

Shall be liable to a penalty which involves the amount raised through Private placement OR Two Crore Rupees, Which is lower.

Any Provision related to the Limit of the Person to whom offer to be made i.e. 200 People is not complied with, then it is considered as PUBLIC OFFER and the provisions and regulations as per Companies Act, 2013 and the Securities Contracts (Regulation) Act, 1956 and the Securities and Exchange Board of India Act, 1992 shall be applicable.

IMPACT OF THE AMENDMENTS MADE IN THE CONCEPT OF PRIVATE PLACEMENT

Following Are The Key Changes In The Conditions Which Are To Be Fulfilled For Incorporation:

Further, still if the Company carries on the business for more than 6 months then every person who is a member at that particular time is liable to pay whole debts of the Company occurred due to the Contract done by the Company and may be sued also.

As per Section 12(1) of the Companies Act, 2013, A company shall within 30 days of its incorporation shall have its registered office.

In accordance with Section 12(4) of the Companies Act, 2013, after incorporation of the Company, notice of every change of Registered Office shall be given to the Registrar within 30 days of Change.

In case of Change of Name for Existing Companies, Registrar may reserve the name for a period of 60 days from date of approval.

Any document or any Contract made by the Company or any proceedings which need to be authenticated may be signed by:

Authentication means proving something to be valid or true.

IMPACT OF THE AMENDMENTS MADE IN THE CONCEPT OF INCORPORATION

The Enactment of Companies (Amendment), 2017 came with the concept of ease of doing business as it simplifies the provisions, rules and regulations under the Companies Act, 2013.

All the regulations are introduced to resolve all the ambiguities aroused under the Companies Act, 2013. 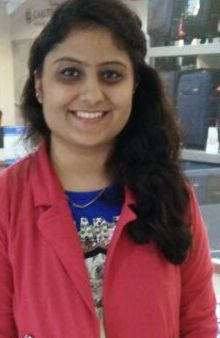 An Associate Member of Institute of Company Secretaries of India, having Knowledge of Company Law, GST and have Experience of Incorporation of Various Companies. She is good at drafting and has written articles on Company Law Matters, Indirect Taxation Matters and on other applicable laws along with their amendments and implications. For Further details Contact on Kumar.kanika91@gmail.com or at Mobile No. 9828665848, 9818044561.

Contact me Click here to view my all Articles Follow User
Previous article What is the Purpose of Corporate Social Responsibility in India: A Brief Synopsis By CS Disha Barot
Next article Master File and CbCR: Step Towards Making World One Tax Jurisdiction By CA. Chaitanya Maheshwari and Adv. Ameya Khare