ADR is a substitute for the more common judicial process. ADR includes methods like negotiation, conciliation, mediation and arbitration. It avoids the cost and time involved in the normal Court procedures.

*ADR is not intended to supplant altogether the traditional means of resolving disputes by means 0 litigation.

It offers only alternative options to litigation. There are still a large number of important areas including constitutional law and criminal law, in respect of which there is no substitute for court decisions, ADR may not be appropriate for every dispute even in other areas; even if appropriate, it can not be invoked unless both parties to a dispute are genuinely interested in a settlement.

Why the emergence of need of ADR?

These methods are used to resolve private individuals conflicts in a shorter period of time in a cost-effective manner. Alternative of resolving disputes in Court by the settlement of disputes outside the court through various ways including arbitration, conciliation, judicial settlement through Lok Adalat, mini trials and mediation.

1. Arbitration - It is an age old alterative dispute resolution method all over the world. It is an alternative way to resolve the dispute out any access to the regular judicial system i.e. regular courts. Arbitration has been adopted from e immemorial and it has been given the sanctity of law after its efficacy was tested by the Governments.

Essentials of Arbitration -There are four important ingredients in the arbitration, which are essential for arbitration award.

The dispute must either 'exist or may arise in future".

The role of Arbitrator is vital in arbitration proceedings. He should not be biased. It is axiomatic that the power predicates accountability. An arbitrator is substitute for a civil judge to determine civil disputes inter se between the parties. The Arbitrator is required to be an independent and impartial judge during determination of the disputes referred to him.

2. Conciliation- It is an informal process in which both the disputing parties appoint a neutral conciliator or a third person to bring them to an agreement and to help end the dispute. This is done by sorting out any misinterpretations between the parties and removing the technical difficulties and working out possible solutions. It is an alternative dispute resolution (ADR) process whereby the parties to a dispute using the help of a conciliator, resolve the issues bothering them.

The conciliation process requires involvement of Conciliator who is knowledgeable and experienced person. The person to be appointed or acting as Conciliator should possess three basic qualities:

conciliation techniques efficiently like persuasion, rationalization, suggestions and coercion on equal footings on both the parties.

What are the differences between arbitration and conciliation?

The main differences between the two are as follows:

3. Mediation: When the two parties appoint a mediator or a person who interacts with both parties, clarifying the views of one party to the other and vice versa.

4. Mediation Arbitration (MED-ARB): A procedure where the parties agree to settle their dispute first by attempting a conciliation within a specified time, failing which by arbitration. This is distinct from conciliation in the course of arbitral proceedings where, if a settlement is reached, the arbitration proceedings are

5. Mini-trial: Anon-binding procedure where the disputing parties present their respective cases before their senior executives who are competent to take decisions and who are assisted by a neutral third party. Thus, the executives have an objective assessment of the dispute and, if possible; they can mutually arrive at settlement.

6. Lok adalats- The Lok Adalat in India as the very name suggests, means People's Court. The word 'Lok' stands for people and the term 'Adalat' suggests its meaning as the Court. The Lok Adalat traditionally may mean Panchayat, which has taken the form of arbitration.
What nature of Cases to be Referred to Lok Adalat ?

Provided that any matter relating to an offence not compoundable under the law shall not be settled in Lok Adalat.

The teams of Lok Adalats are consisting of retired judges, advocates, law teachers, spirited public men and voluntary social organizations including learned elders of the locality.

7. Negotiation: The negotiation is another form of an Alternative Dispute Resolution System. Like conciliation and mediation, negotiation is also a non-binding procedure but a suitable formula for dispute resolution.

Arbitrator - A person appointed by the parties to settle a dispute .

Arbitration agreement - It means an agreement between parties to refer present or future disputes arisen or arising between them to arbitration. Such disputes may arise out of contractual or other capacities. Such an agreement can take two forms-it can be pan of a contract, Le, in the form of a clause in the main contract, or it can be a separate contract by itself. (Section 7)

Fast-track Arbitration: A binding procedure where parties agree to accelerated arbitral proceedings resulting in rendering the arbitral award in a short time.

?Arbitral tribunal -It means a sole arbitrator or a panel of arbitrators .

?Ad hoc arbitration- An ad hoc arbitration is one which is not administered by an arbitral institution . This includes the time, place and methodology to be used. If the parties approach the arbitration with open minds and a spirit of co-operation, ad hoc proceedings have the potential to be more flexible, faster and cheaper than institutional proceedings. There can be substantial cost and time savings as compared to Institutional arbitration.

Can arbitration award be set aside?

An arbitral award can be set-aside on application to the High Court having juradiction, and any civil court of an inferior grade. This has been provided under Section 34 of the Arbitration and Conciliation Act, 1996.

The grounds based on which an application under this section can be fed are as follow:

*Inability in presenting a proper case to the arbitral authority.

*Award not according to the terms of reference. Improperly constituted arbitral tribunal.

*Proceedings not as per agreement.

As per Section 2(1)(1) of the Arbitration and Conciliation Act, 1996, 'international commercial arbitration means an arbitration relating to disputes arising out of legal relationships, whether contractual or not, considered as commercial under the law in force in India and where at least one of the parties is the following:

An individual who is a national of, or habitually resident in any country other than India.

1. A body corporate which is incorporated in any country other than India,

2. A company or an association or a body of individuals whose central management and control is exercised in any country other than India,

3. The Government of a foreign country.

"I realized that the true function of a lawyer was to unite parties... The lesson was so indelibly burnt into me that a large part of my time during the twenty years of my practice as a lawyer was occupied in bringing about private compromise of hundreds of cases. I lost nothing thereby not even money; certainly not my soul".

About Author :
I'm CS professional student and also pursuing LLB from Dr. BR AMBEDKAR UNIVERSITY. I had completed my graduation from Delhi University. 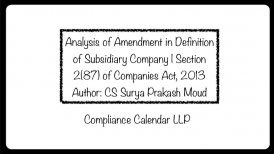 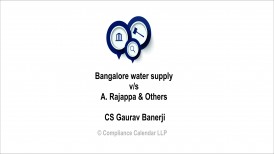 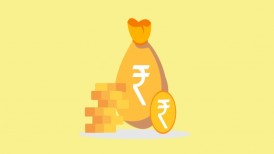 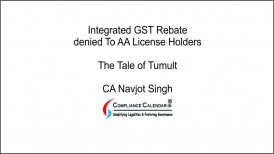 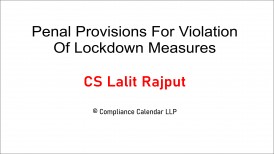 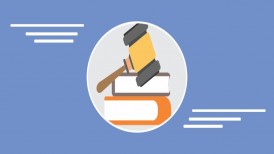 5723 + People Trust Us
To Get Their Daily CCNewsletter On
Corporate Laws, Taxation and Business Ecosystem